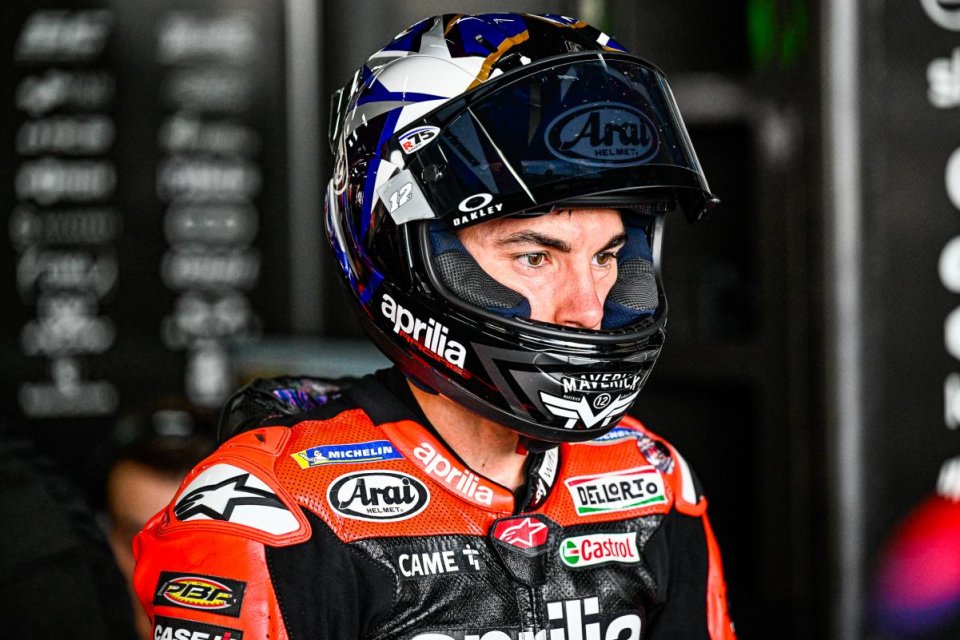 MotoGP returns to Phillip Island after three years of absence and Maverick Vinales is aiming for a weekend as a protagonist. He likes the track and, as he himself points out, it could be a good track for the qualities of the RS-GP.

There is therefore confidence on the part of the Spaniard on the occasion of the third to last round of the season.

"I am convinced that we can be fast from the start and I don't think we will need a lot of data to dwell on - he began - the only thing we have to do is ride and understand the limit. Phillip Island is a very special track, where you have to manage the left side of the tyre, since that is the most stressed part. For the rest you just need to push hard from the first lap ”.

“This will be a completely different scenario than usual, given that in the past the world title was already awarded when the championship arrived at Phillip Island. I will fight anyone aiming to do a good performance. We will have to understand the behaviour of the tyres well, especially in terms of temperatures, since at 4 in the afternoon it is usually warmer than at two ".

If you were Ducati what would you do?

"It's very clear: everyone behind Bagnaia. It's more than clear. I think he has a golden opportunity, it has been fighting for a World Championship for many years and they have to protect him."

To help Aleix and Aprilia, you should be behind him in every race.

"The plan is that we must go and win races. This is my plan: go and win. Obviously if we are first and second there will be team orders, it is logical. But as a rider you want to win. But in Aprilia we are thinking about fighting for a bigger goal, that of taking Aprilia to be world champion, which would be a huge success. And it will be so because they have the tools, the basis, the motivation and the hunger and they are growing a lot. If that should happen, I will come off the throttle and let him pass"

There are 5 riders fighting for the title…

“It will be an interesting finale, but it is difficult to understand who is the favourite, because there are five of them competing for the title. If I can help Aleix I will, as I am racing for Aprilia and we both want to stay ahead. However, my priority is to try to fight for the top step of the podium ”.

Do you think there is still room for development in Aprilia?

"I am surprised to see what I can do with the Aprilia. Because with the previous engine I could not show my best qualities as a rider, while now with the four-cylinder V, which requires you to be very aggressive my qualities emerge and at the moment I'm getting back to my natural riding style, which isn't easy because I've been riding differently for many years, but I feel more and more fluid, better and stronger. This is a very good time for Aprilia, we are focused on the fact that Aleix gives his best, but I want to win the races, I want to stay in front. It's a very nice thing we want to take advantage of and even if 2022 was very good, we still have to make a qualitative leap. "

We know that you would like to win a title with Marquez on the track and at 100%.

"I would like to be world champion with all 24 riders at the top of their game. In the end, when all the riders are at a good level, it's different."

What do you think about the fact that there are 8 Ducatis on the track?

"The most important thing is that the other manufacturers improve too, there is no other way. It is true that sometimes we say: "There are so many Ducatis!" The good thing is that, in the end, they are not always the same riders of that brand fighting at the front”.

Finally Maverick talks about the recent events involving SSP300 with the tragic death of Steeman.

“I always had the same opinion about the Supersport 300, and I said that type of category with bikes of 160 kilos that can ride at maximum 140mph on the straight is useless for a rider. For me it’s not about the age, it's not about the riders, it’s about the bikes. They have no power, weight like a MotoGP bike, brakes are shit, swingarm from the street. The problem is the category, not the riders. It’s not the age, because when I was 13 I rode 125GP and nothing happened because we were not 20 in one pack. There were only four, three, not more because it was difficult. I remember I arrived here in the world championship, the first time I followed the good guys I highsided. So, I learned a lesson. And for me the problem with Supersport 300 is the bikes are 160 kilos, they have no speed, they go together and of course if someone crashes in front of you it’s impossible to escape or something.”

Maverick's words are clear and transparent.

“The problem is the category and certainly not the guys who race in it. Unfortunately you need to work. But in this moment, also Moto3 – yes, you see some good riders - But they go together, it wasn’t like this in the past.