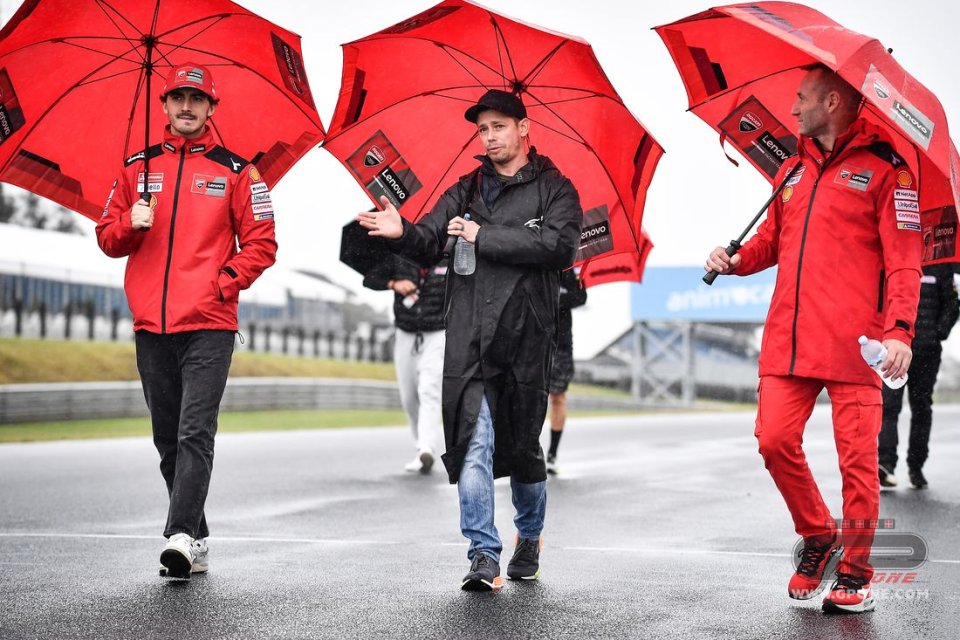 Pecco Bagnaia is one step away from crowning the long comeback in the championship he started after Sachsenring, when he was 91 points behind the leader in the standings. The Ducati rider has managed to get back to the top, taking himself to 2 points behind Fabio Quartararo, reopening a world championship that seemed already over with a series of podiums and victories. Without the mistakes of the beginning of the championship, he would probably find himself in a completely  different situation today.

The last three rounds will obviously be decisive and the first will take place at Phillip Island, a track on which both rider and bike have raced together in MotoGP once in 2019. On paper, this track could favour the characteristics of Fabio's M1, but this season we have seen the Ducati emerge in an spectacular way even on tracks that in the past had been difficult. We will be able to see what the true situation is only after the first few laps on the track, with the spectre of rain in the background given the not particularly optimistic forecasts at the moment. Bagnaia has a very real chance to bring the riders title back to Borgo Panigale, picking up the legacy of Casey Stoner. And it was actually with Stoner that Bagnaia spoke at length trying to steal the secrets of the Australian track.

"I spoke to Casey today - said Bagnaia at the conference - certainly it is important to try to learn something from him. On this track he was the best rider and it's easy to learn from him. I hope I did."

Here you only raced in MotoGP in 2019, what do you expect?

"I couldn't wait to come and race here, this is one of my favourite tracks as I think for many riders. In 2019 I had a lot of fun here, also making my best result in my debut season in MotoGP, and today our potential is much higher. The new Ducati fairing allows us to have much more handling on tracks like this. "

The Ducati has changed a lot since then.

"More than the bike, I think I have improved a lot compared to 2019. As for the bike, I think the biggest difference is the handling. The chassis is similar, the fairing has changed a lot. Now we are very fast even in the long fast corners and I think this can help us on a track like this. "

Three races left and only two points to make up. How do you feel?

"Now it is as if the championship is starting from scratch. There are five of us who can win, even if Fabio and I have a few more chances than the others. Aleix is ​​not far behind in the standings and everything can still change this year, even Enea and Jack have their chances. We have very high potential, so let's see what we will be able to do on Sunday. "

Why is Phillip Island so special for all riders in your opinion?

"When I come here I always feel great. It's a race weekend, but you feel less pressure here. I honestly don't know why. Maybe because we don't sleep in a hotel but in a house here, you have to prepare breakfast. It's something different, then the track layout is completely different, very old style. You have to be precise and technical when riding. When there are such fast corners on a track it's always fun to ride a bike. "

Do you think the lowering device can make a difference here?