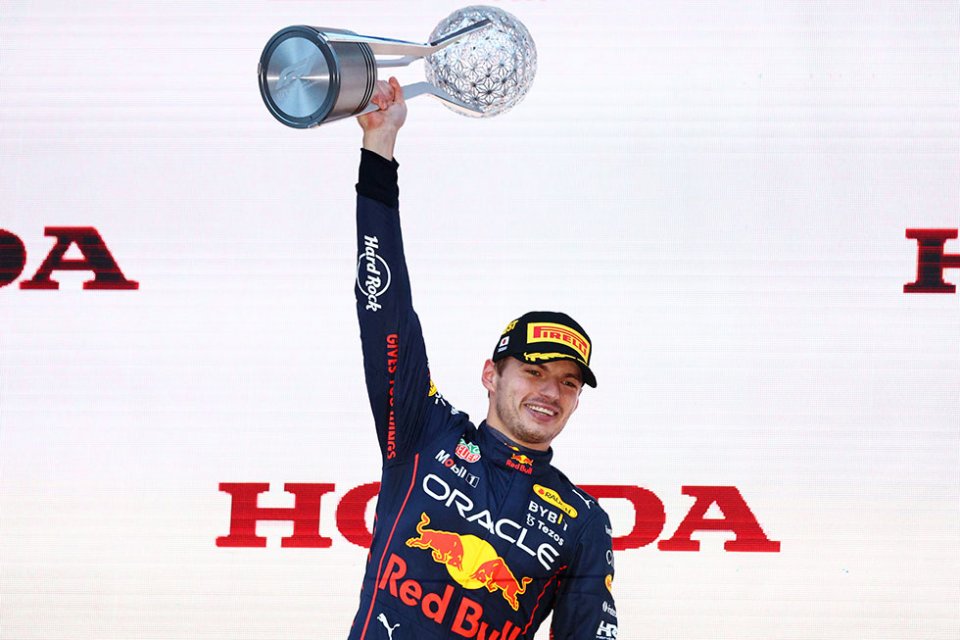 Max Verstappen today became Formula 1 World Champion for the second time after his controversy-hit triumph at the end of 2021. The Dutchman won at Suzuka and thanks to the penalty inflicted on Charles Leclerc for cutting the chicane on the last lap, he handed Red Bull and Honda a widely predicted title, managing to give a moment of joy for the Japanese manufacturer which, on the other hand, is suffering considerably in MotoGP. The crisis of results this season, combined with the absence of Marc Marquez on the track for most of the year, is weighing heavily on the budget. We cannot ignore either the fact that even in SBK the CBR 1000 RR-R is struggling to reach the level of the top bikes, but at least Lecuona and Vierge are rookies in the category and form part of a long-term project.

Yet Verstappen's triumph in Formula 1 means a lot, because in an ideal world for Honda, it could have been joined by Marc Marquez's victory in MotoGP. On the other hand we are talking about two absolute champions of their respective categories, two authentic number 1s of the two and four-wheeled worlds, capable of crushing the competition and making the crowds swoon. Because this is how it works in sport, no matter how boring it is to see a driver win over and over again, it is precisely with serial victories that legends are built, exactly as happened for Schumacher, Doohan, Hamilton, Agostini and Rossi.

Now a dominator is missing in MotoGP, which could have been Marquez without a shadow of doubt and the hope is that he can return in the future to steamroll a category that is desperate for its master. Quartararo, Bagnaia, Bastianini and Miller are very strong riders, full of talent and fully deserve to fight – and win - for a world championship. But none of these four riders at the moment have shown that they can become a legend, with only Pecco who, thanks to the four consecutive wins in 2022, has tried to jump the imaginary barricade that divides excellent riders from phenomena.

Honda: used to having the number 1

Honda is certainly not new to victories in Formula 1 and everyone has well engraved in their mind the images of the golden age of Ayrton Senna and Alain Prost who shared the scene dominating with the white and red McLaren in the two-year period 1988/1989. Ayrton then continued to make the Japanese dream even in ‘90 and ‘91. The Brazilian was a real obsession for Honda's top management, who had known him when he was a promising youngster in Lotus. The rest is history. In the same period Honda was enjoying the successes of Lawson and Gardner in 500, in short, it was used to having the number 1 in every category.

Today the situation could be the same again if in HRC they are able to give Marquez a bike competitive enough to allow him to return to the fight as between 2016 and 2019. In these four seasons the Spaniard has never had the best bike of the grid, yet he has always won and often dominated. Perhaps the massive commitment of resources in Formula 1 distracted resources from MotoGP and among other things we must remember that in the course of 2021 Honda announced its desire to retire (again) from the premier four-wheel category. Then Max's Red Bull started flying and the appetite returned to the Japanese, so much so that during this season they decided to renew their commitment by making the Honda logo visible again on the Red Bull cars.

Perhaps in MotoGP the conditions of Marquez and the lack of top-level results discouraged those who had to allocate resources to development, but the Marc seen at Aragon, Motegi and Buriram has shown that he can return to what he used to be and we are sure that if he wins at least one race by the end of the year the scenario would change further in view of the future. Honda has always had no.1 riders because they want to race to have the Number One on their bikes and racing cars. We remember when Colin Edwards and Valentino Rossi participated in the Suzuka 8 Hours in 2000 and 2001, winning on the second occasion. The Honda VTR used in the race had the no. 11 on the fairing, but in reality the meaning of that number was that at that moment HRC had both the number one of 500 and of the SBK in-house.

We are quite certain that in the near future Honda will be able to show off the number 1 again (even if virtually, given the habit of current riders not wanting to give up their lucky number).

Meanwhile Verstappen can take pleasure from the words of Koji Watanabe, President of HRC.

"Max, congratulations on your two consecutive victories in the World Drivers' Championship! I am very excited to experience the moment you took the title at Suzuka, with an extraordinary performance that represents your 2022 season. I am sure the fans are very satisfied with this extraordinary result. On behalf of Honda, I would like to thank everyone who worked hard to provide technical support to the RBPT, contributing to this great victory. "