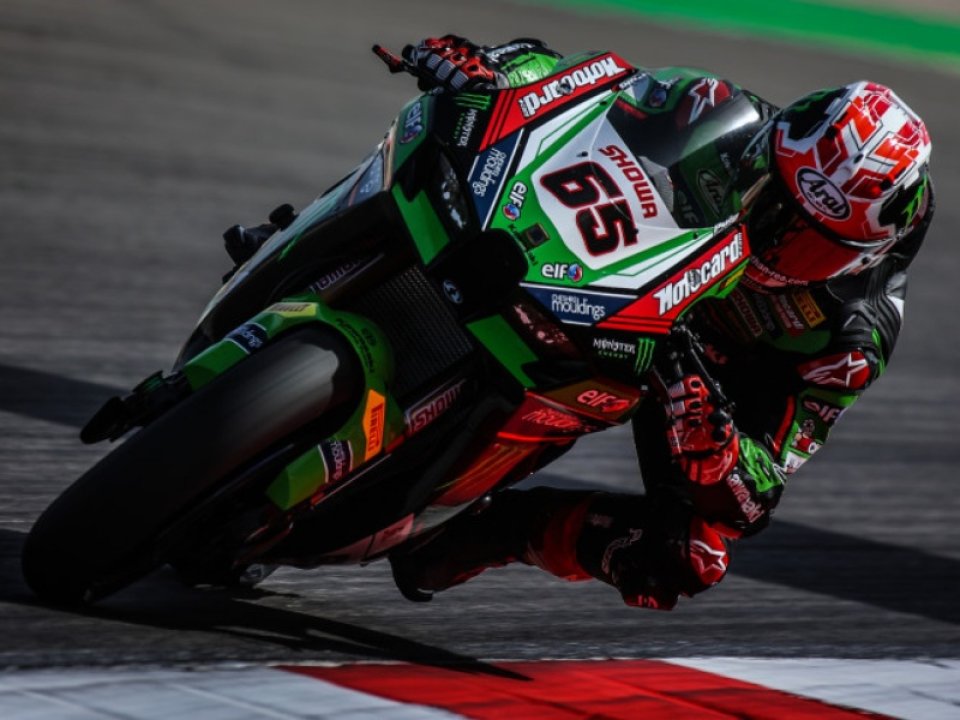 Sandwiched between Razgatlioglu and Bautista at the end of the FP2, Jonathan Rea promises a battle in Portimão. Although the time proved the Turk right, the rider from Northern Ireland feels at ease, also thanks to some slight improvements to his Ninja.

“The set-up isn’t bad. A few small changes, nothing too big. We found some good things in the private tests we did here last week. One of the elements works very well, the other not so well. We need to find some more traction in entry, but tire wear is okay,” Johnny said, as he took stock of Friday. “Compared to the others, we were consistent in both sessions. My pace was good, even if I didn’t find the right lap. As a first day, I’d say that we’re on it.”

But on a physical track like Portimão, it’s not only the bike set-up that makes the difference: “You have to constantly fight against the bike that rears up. It can’t even express all its potential in first gear and, as a rider, you have to always compensate from a physical viewpoint. The rider can do much more than the set-up, in order to go faster. But the less aggressive you are, the better it is. You obviously need a good bike, but the rider still makes the difference here,”  the Kawasaki team leader said.”More fun? It's hard to put together a good ride here. It's more stressful.”

Will it be a three-way fight Race 1?

The rankings for the FP2 say that it’ll be Toprak, Johnny, and Alvaro, but will the order of arrival be the same at the end of Race 1? “I didn’t see the pace the others had. I know that Toprak was the fastest, but you have to see, lap after lap,” Rea commented. “I expect a faster race than last year. We definitely have the pace to get ahead. We'll see who else will be there.”

It’s easy to guess who’ll be fighting for the podium with the Cannibal, as well as the fact that Portimão could become a rather heated race. “I feel that it’s going to be a very aggressive race, because it’s difficult to overtake on this circuit and, with Bautista, who I expect will be very fast on the starting straight, you have to be at the limit at any other point,” Rea explained. “Toprak will certainly do anything in his power because I think it’s the only tactic to risk against Alvaro. I hope to be there with them.”

No particular strategy, however, for the six-time champion, who will continue to do his best to try to reduce the gap: “I think I have everything to win. I’m very close to Toprak, far from Alvaro, but anything can happen. I need to do my best, because I haven’t been as dominant this year as last, and I haven’t won any more races since Estoril. I need to improve, but my strategy is to give it everything I have.”