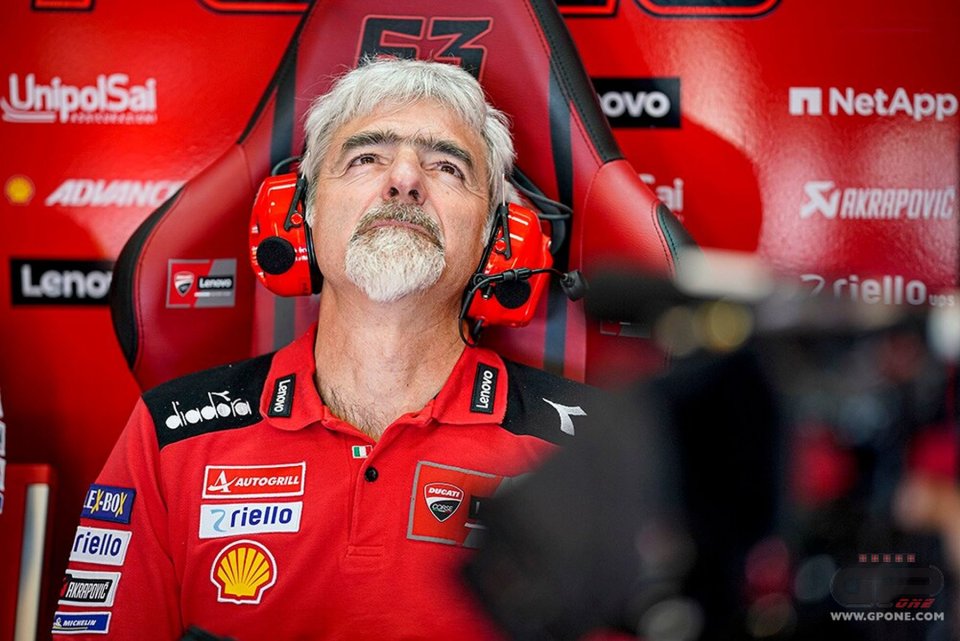 Gigi Dall'Igna has been commenting on the Thailand Grand Prix at Buriram through his Linkedin profile. A race that Ducati did not win, but which represents a turning point for the world championship with Pecco Bagnaia who has now almost reached Fabio Quartararo in the standings. Only two points now separate the two main contenders for the 2022 Riders’ title and considering that Pecco at one point in the season was -91 points behind the Frenchman, this can only be considered a masterful comeback.

Dall'Igna enjoyed another good performance by Miller in Buriram, who with this second place got back within range of the world championship podium, he smiled in qualifying thanks to Bezzecchi's pole position and the presence of 7 Ducatis in the first nine places on the grid and at the end he was also able to breathe a sigh of relief when in the final race Johann Zarco, who at that moment was faster, gave up attacking Bagnaia to avoid the risk of causing a potential disaster. These are the words of the engineer who is enjoying the golden moment of his creature in MotoGP.

“A huge satisfaction. Of course, today's results are tantamount to an outright victory, and that's not just saying the usual banality.

This was a tough race indeed, made even more complicated by the weather conditions that put incredible pressure on a race, the importance of which to the championship was already a given certainty. Excellent work combined with great team spirit allowed our riders to give that extra “something” which today made all the difference.

Jack put his whole heart, as well as his great talent, on the line, making the most of the wet conditions, scoring a super race that, following the success in Japan, returns him deservedly to the forefront of this season’s finale.

Pecco, in a simply masterful manner, managed a challenge that could prove decisive in the world championship stakes: a psychologically delicate test after his error in Japan. Being the true champion he is, he managed to keep everything under control and, at the same time, race extremely fast, as never before under such exacting conditions, against opponents that continued challenging him on every lap of an interminable race. Absolutely formidable.

This gives us a great motivational and mental charge: we needed it, and we needed it now.

And then I am pleased for all Ducati riders, starting from Bezzecchi’s first splendid pole position, ending with an inexhaustible Zarco, protagonist of a race-end worthy of a podium spot. To Johann go special thanks for not having attempted to overtake Pecco in the final stages of the race: an attempt that would have been particularly risky, given the track’s conditions, thus renouncing a place on the podium that could easily have been within his reach.

It was an opportunity not to miss, and so we seized it: now the outcome of the World Championship will depend, above all, on us. We will have to continue working as we have done so far, trying to find the speed needed to win the remaining 3 races.

The dream continues… Come on Ducati!”

Jorge Martin: “If I get a chance to fight for the podium, I’ll do it”