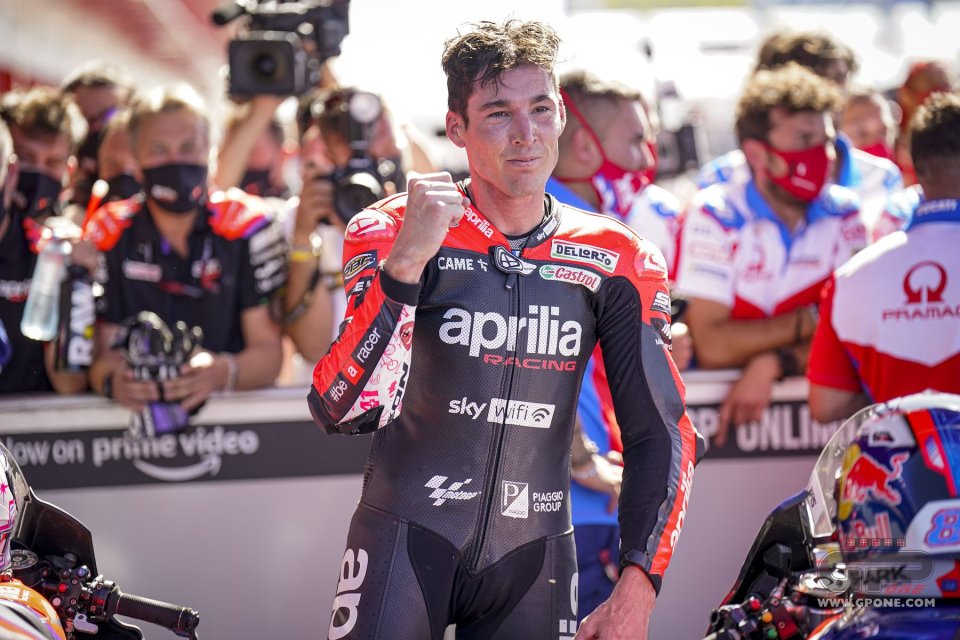 Aprilia's 2022 MotoGP season can only be called a great success. However it goes, the goals achieved by the Noale manufacturer this year represent a real turning point between before and after. The first victory in Argentina, many podiums with Aleix and above all after a period of familiarization, Maverick Vinales was also super competitive on the Noale manufacturer’s V4 bike.

If at the beginning of the season we had asked Massimo Rivola to sign up for these results, we are sure that he would have asked us to give him the pen. But as always, appetite comes with eating and once you reach the status of contenders for the title, the desire to try to get to Valencia in front of everyone else becomes stronger and stronger. If we look at the standings, we can say that there are at least 5 riders fighting for the title, but the possibilities are obviously not the same for everyone. Scrolling down the ranking, there are Miller and Bastianini, respectively at -40 and -39 from Quartararo. Both have an impressive potential, but barring natural cataclysms or very serious mistakes by Bagnaia and Quartararo, it is unlikely that either of them can really aspire to the world crown.

Then there is Aleix Espargarò, who has 20 points to make up. Until he reaches the top, with Quartararo leading the standings and Bagnaia just two points away. Looking at the ranking coldly, the most obvious outcome is a private affair between Pecco and Fabio. But the scenario changes if we look at the tracks that separate us from here to the end of the championship.

The tracks in question are Phillip Island, Sepang and Valencia. We could analyse which ones are best suited to this or that bike, but as amply demonstrated this season, every race is rewriting the values ​​on the track, with Bagnaia dominating at Jerez and Quartararo delivering a monstrous performance at the Red Bull Ring. Making predictions is not as complicated, but we can rely on the information we have to make at least some sensible considerations.

The Australian track on paper could be better for the Frenchman and his Yamaha, but here in the 2019 tests, after the race, Aleix Espargarò and Andrea Iannone were phenomenal with an Aprilia that at the time was nowhere near comparable to the one of today. The RS-GP offers stability characteristics in fast corners that can only be enhanced in Australia. We will then have to keep the experience factor in mind. Both Quartararo and Bagnaia have done only one MotoGP race in Australia, while Aleix can count as many as 10 to his credit, often demonstrating excellent speed. 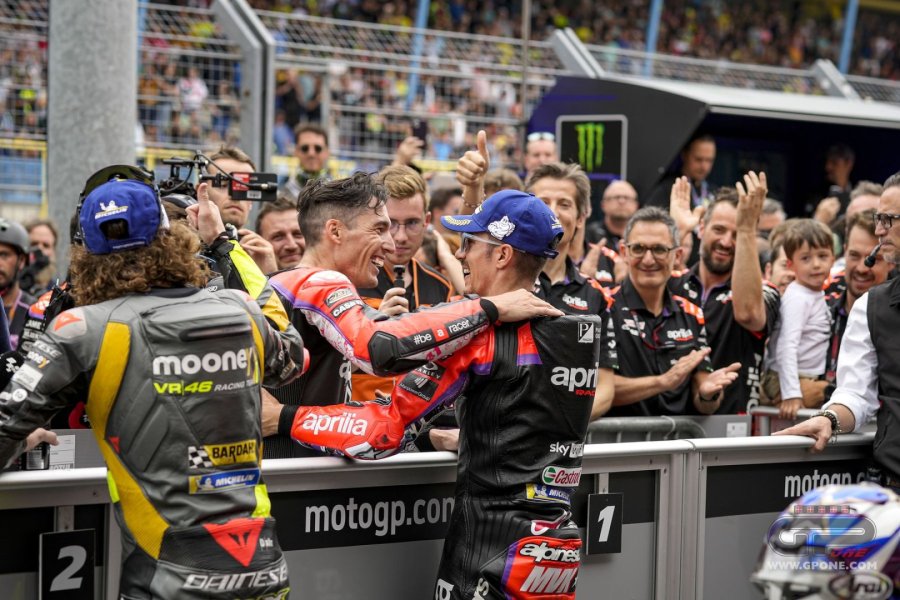 Add to the equation the fact that Aleix arrives in Australia with much less to lose than his two rivals, which can only help him in a close battle, the classic moment in which to go the extra mile. Espargarò can afford to do it, the other two less. Here he will probably also be able to count on the full support of Vinales, who has always been very strong at Phillip Island and could enter the battle at the top level. Zarco escorted Bagnaia to the finish in Buriram, Maverick could be a loyal teammate to Aleix with no problems, as he has repeatedly stated that he would do if necessary.

Sepang: Aprilia flew in the tests

Moving on to the Sepang round, the track factor here could definitely lean towards Aleix and Aprilia. In the tests at the start of the season, when the new RS-GP was turned on for the first time on the track, the Spaniard immediately realised that he had a finally competitive bike in his hands. We remember his declarations, which were more than enthusiastic after every day of work in the garage, with a smile clearer than any comment on the behaviour of the bike. 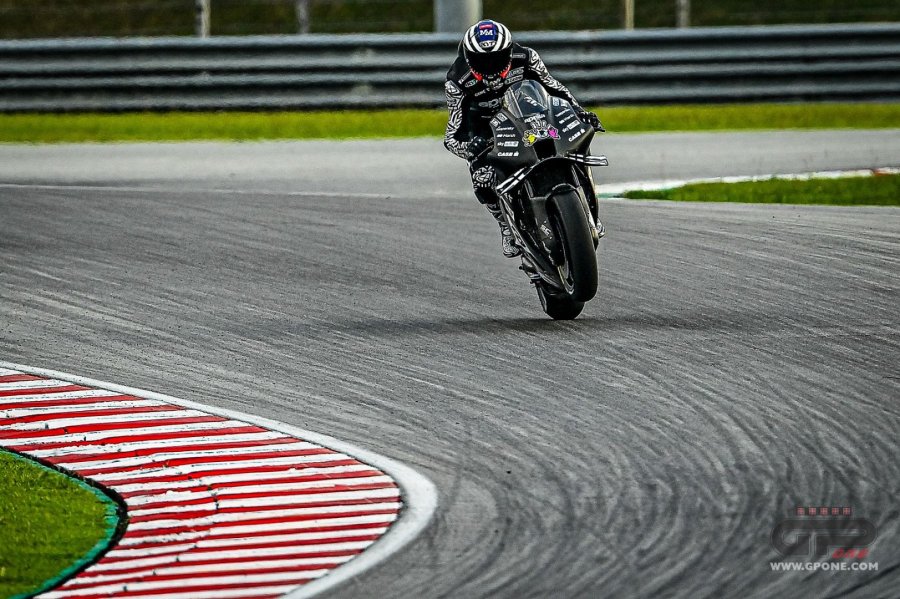 Aleix produced the best race simulation seen on the track, while Quartararo suffered terribly on the long straights at Sepang. Bagnaia can certainly take advantage of his Ducati's horsepower, but from this point of view the difference between the Borgo Panigale bike and that of Noale is absolutely not the same as a few years ago, quite the contrary. Out of the three remaining tracks, the one in Sepang seems the perfect one for Aleix to try to score his second win of the season, which would make a possible title at the end of the season even more legitimate.

As per tradition, the last round of the season will be in Valencia, at the beginning of November. A period in which it is often very cold in this area and rain is a constant presence. On paper the track should be the one most favourable to Quartararo and Yamaha, but the crystal-clear win by Pecco Bagnaia here at the end of the 2021 season suggests something else. Aleix has always been strong here, but it is certainly not his favourite track and this will probably be the decisive round for him. The weather could also lend a hand, so it will be essential to arrive here a few points away from the leader of the standings and then fight it all out. A round win would be the icing on the cake from all points of view.

Certainly making predictions for Valencia is the most difficult thing at the moment, but if we evaluate the mental aspect and the pure aggression when there is everything to play for, perhaps Aleix is ​​the best placed among the three contenders. He proved it in Assen, when he put together a monstrous comeback that led to a double overtaking move at the last braking point and a 4th place that was close to a miracle.

Titles are won with consistency and points, but in the end the images that best remain printed in the memory of the fans are those of the race victories, of the podiums. And obviously at the moment Yamaha and especially Ducati have an advantage with 11 to its name, against Aprilia's singleton victory. A possible success in the world championship would also allow Aprilia to change the sticker on each fuel tank of the motorcycles produced in Noale. The sticker bears the words '54 times world champion '. It is time to move to 55…