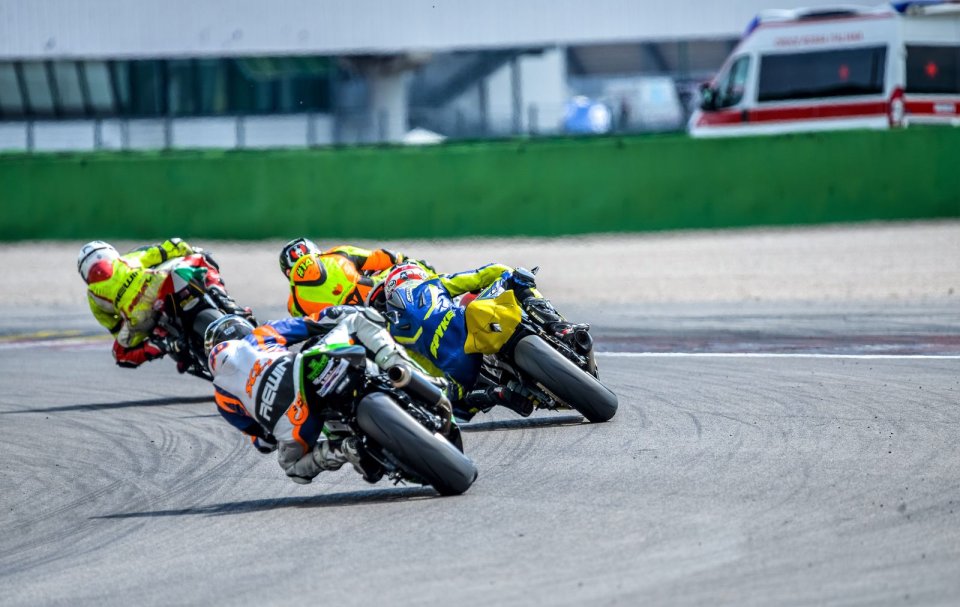 What was supposed to be a weekend of celebration for the Italian Amateur Trophy at the Misano World Circuit Marco Simoncelli instead turned into a tragedy. A terrible accident occurred in the afternoon during the second lap of the race reserved for the 600 Pro Class, part of the FMI Italian Speedway Championship.

The news is of the death of 27-year-old rider from Rome, Federico Esposto, and 31-year-old Marco Sciutteri from Bologna, who was instead  transported by helicopter in serious condition to the Bufalini Hospital in Cesena. This is what was reported on social media networks from the official page of the Italian Amateur Trophy.

After the accident, the event (that included over 360 participants engaged in various national challenges) ended early as a sign of respect.

The GPOne editorial team sends its thoughts and prayers to the families of the riders involved.