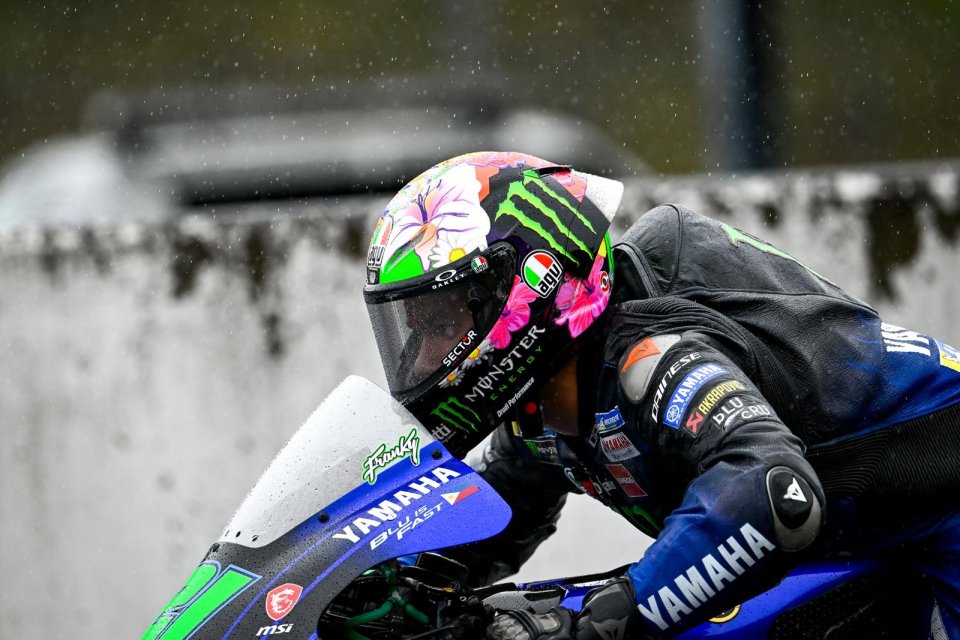 World Championship leader Fabio Quartararo had a nightmarish Sunday, while the rain at Buriram’s Chang International Circuit partly resuscitated his teammate, Franco Morbidelli. Incisive like no other during this season, the second official Yamaha rider had a solid performance. At the limit of the top 10 during long stretches of the race, Morbidelli then crossed the finish line in 12th place (the first of the Yamahas), but dropped to 13th due to a track limit three-second penalty.

“When it’s wet, it’s never easy to maneuver when, during the first laps, you end up in the middle of the group. Fortunately, the situation improved, and I was able to set a good pace,”  Morbidelli admitted. “Unfortunately, however, the pressure of the front tire skyrocketed during the race. Its performance inevitably dropped, and this complicated my life when I tried to attack. It’s too bad, because we weren’t that far from the riders fighting for the sixth, seventh position.”

You’re not the only one who complained about overheating problems ...
“In recent years, the level of the MotoGP has risen a lot. We’re all close, and the lap times are better, even when it’s wet. This means putting more stress on the tires when braking. I’m sure Michelin is working hard to try to solve this problem.”

How do you rate the new championship ranking?
“For Quartararo, it’s a difficult situation because we all know he’s forced to fight every time with a large group of Ducatis that tend to help Bagnaia, to whiich the weaknesses of our bike are added.”