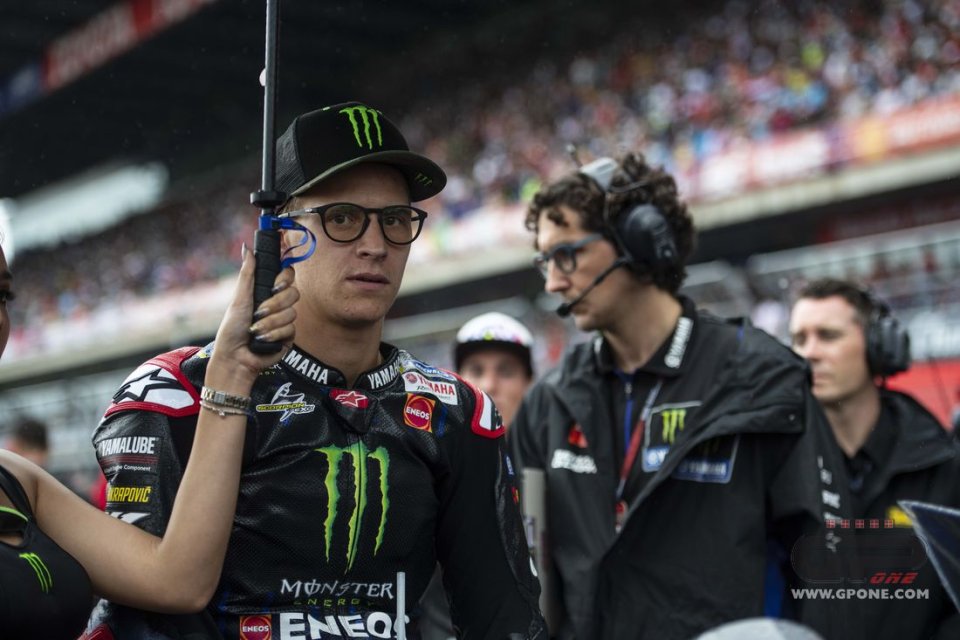 This time Fabio Quartararo was forced to take the blow. After crossing the finish line at Buriram he left his Yamaha in the garage and shut himself in his office. Not only did he not just show up for interviews with TVs (a contractual obligation) and those with print and virtual journalists, but he didn't even talk to his team.

The behaviour of the world champion can be understood, but this press blackout is a sign of weakness, psychological. After all, the title is slipping away from him. Seven races ago he was 91 points ahead of Bagnaia, after the Thailand GP only 2. The most worrying thing is that Fabio has been able to finish ahead of Pecco in just one race, in Japan when the Ducati rider crashed.

Today, in the rain, he reached his nadir: 17th, arriving at the finish line 34 seconds behind the winner Oliveira. It wasn't all the fault of the M1, because Morbidelli scored points (13th after a 3-second penalty) and was much more competitive than him.

Team manager Massimo Meregalli was the one who put his face, in front of the Sky TV cameras: "Fabio, as you can imagine, was not in the right mood and we haven't talked to him yet - he admitted - It's strange, we have to try to understand what happened. This race was a gamble for everyone, having only lapped in dry practice, like Indonesia: it went well there and not here. We are thinking it could have been a grip problem, at Mandalika it was good and not here, but we need to talk to Quartararo before we have confirmation ”.

Whatever happened, the championship is now leaning to the side of Bagnaia.

"I was a bit more relaxed when the gap between us and Pecco was 91 points - Maio tried hard to joke - Now the championship is wide open and we will have to attack in all the races, I'm more optimistic for the next two and less for Valencia. ".

To know Quartararo's thoughts we must rely on his team's press release.

“Rain fell at the worst possible time for us – declared Fabio - We had not much wet track time before the race started - just a few minutes. The first laps of the race were really tricky. I was pushed wide by Jack in Turn 1 and it only got worse from there. I was trying to find a good feeling, but in Turn 4 I had a moment, and the visibility was really bad. I'm sorry for the Thai fans. I had hoped to do a better race in front of them. We have an idea why we struggled that much, but we will investigate more to improve for the future. We'll try to come back stronger in Australia.”