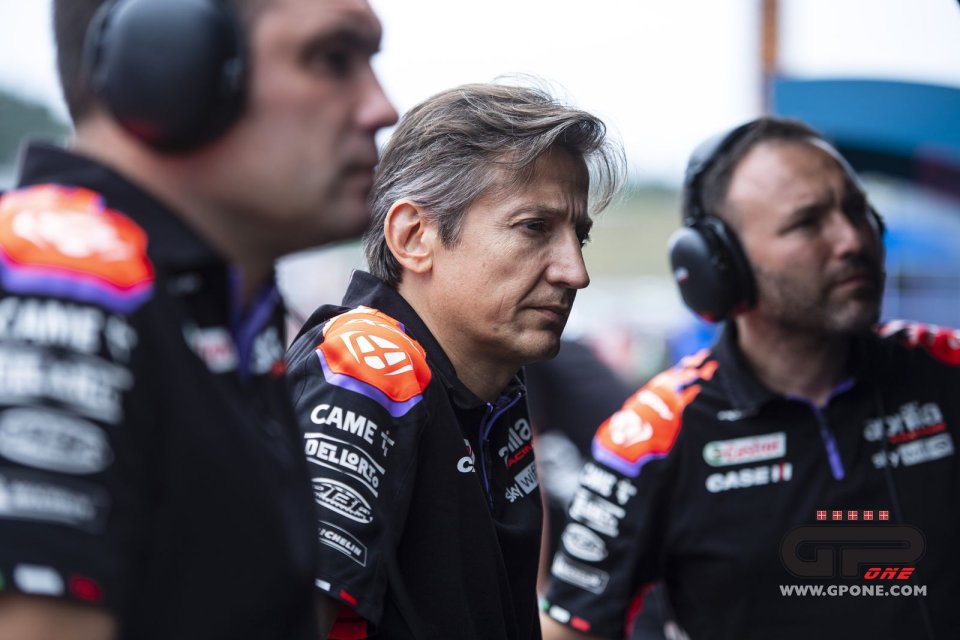 Four races from the end of the world championship, Aprilia and Aleix Espargarò are still in contention for the title, just 25 points behind. Almost a miracle if you consider that last year the Spaniard finished the championship in eighth position, 158 points behind the winner.

In 2021 Aleix's best result was a third place at Silverstone, with five zeros to his name, this year 'the Captain' has only made two mistakes: when he celebrated too early in Barcelona, ​​cheering a lap before the chequered flag, missing out on a second place but fortunately finishing fifth and last Sunday, at Motegi, when blamelessly he found himself with an alignment lap map that forced him to change bikes. An error (not by him) that eliminated him from the points. This without counting the innocent ramming by Quartararo in Assen, from which Espargarò magnificently saved the day with a fourth place after an incredible comeback.

Victory in Argentina, four consecutive podiums at Portimao, Jerez, Le Mans and Mugello, and another third place in Aragon have taken the veteran to where he is now. One step away from the title, but little is said about him, very little indeed. Massimo Rivola, CEO of Aprilia Racing, however, is in a good mood and happily answers all our questions.

With 4 races to go, Aleix Espargarò is 25 points behind Quartararo. Without Barcelona and the last GP you would have been even closer ...

"We have long forgotten Barcelona, ​​Japan a little less, even though we have to look ahead. Everyone has something to recriminate, even if the mistakes we made - alas - only a few can recriminate. We must be optimistic, 25 points can be recovered and I think that even those who are 50 behind are still in the race. If Miller is the same rider we saw in the last race, I think everyone needs to be careful. "

Rivola: “People don’t talk much about us? Right, we have only won one Grand Prix.”

You are right in the battle for the title, but Quartararo and Bagnaia are always and only mentioned as contenders. Des everyone underestimate you?

"Maybe a little, but I think it's right that it should be because they are the ones who have won the races. We have only succeeded once and I am convinced that, rather than the errors mentioned, we lost the points we are missing at Silverstone and Assen. In those two races we were the fastest, we would certainly have been in the race for the top three places. That's how it went, but Bagnaia was also taken down in Barcelona. If we talk about mistakes, those made by the team are more annoying internally. I must say, once again, that Aleix was very good when he said that we win together and lose together. If we say so, it is one thing, but he is the rider who takes the risks on the track, they have a job in which they risk their life. A rider who reacts like this after our mistake deserves the captain's armband ”.

Rivola: "a rider who reacts like Aleix deserves the captain's armband"

Then, like Fantozzi, he ran off into the countryside to let off steam with a scream?

"If he did, he was too far away and I didn't hear him (laughs). Logically, when he came back, in the heat of the moment, he let out a few screams ".

At the beginning of the year, would you have expected such a season?

"Yes and no. Honestly, I would say a bit. We could measure our growth based on what we were doing, we couldn't know what the others were doing, we just knew that Honda was revolutionizing its bike. If we think back to the tests in Sepang, Qatar, Indonesia, it seemed that Honda was strong and Pol was in front at the first race. Obviously, without Marquez the level of the Honda is different, as soon as he came back he put all the other riders behind him. I expect Marc will be a difficult customer next year and also in these last 4 races ”.

This year you have had the concessions, next year you will lose them. How much have they had a positive influence and how concerned are you about not having them anymore?

“We'll find out as we go along, but I'm pretty optimistic. They have had very little influence on our growth this year, the real difference is on the engine side and the real test for us will be next season. Fortunately, we soon found out that we were going to lose the concessions, so we had time to prepare. We have a double job to do: improve performance and also reliability, because we will have fewer engines and no longer the possibility of developing them over the course of the season. We have already structured ourselves to do that: we are stronger and faster because we are a better company ".

Rivola: "the Sprint Race will not affect the engine kilometres"

Next year there will be the Sprint Race, does this affect the design of the new bike?

“One of the key points is that the kilometres will not change over the weekend. It will be interesting, however, to see how the riders react. I see the rookies particularly disadvantaged, because on Friday they will decide whether they are in Q1 or Q2 and on Saturday there will be qualifying and the race, but on the other hand they will be able to gain more experience ". 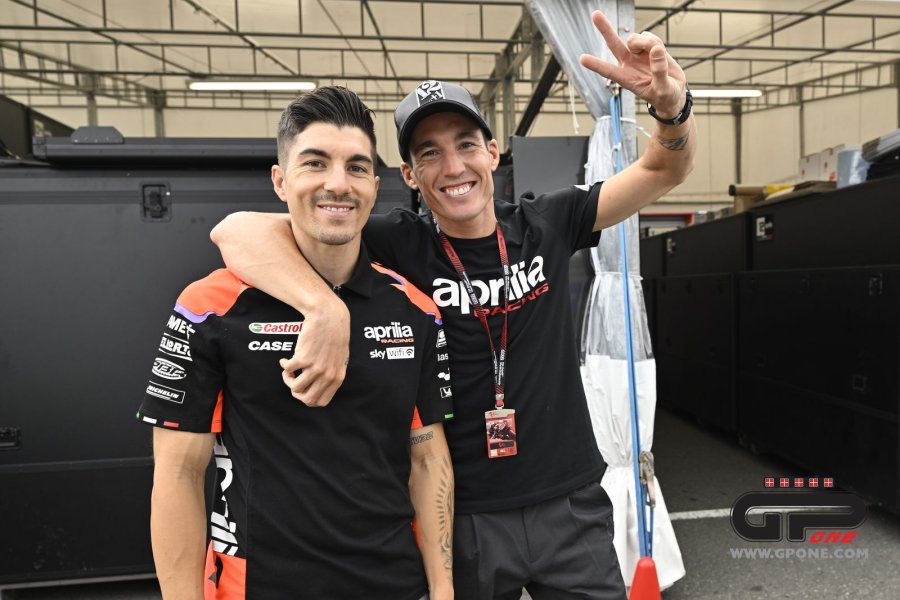 Rivola: "with the Sprint Race in a triple-header, riders will do 6 races in three weeks: that is no small feat"

The Sprint Race will be in every GP, even Formula 1 has not pushed the envelope so much.

“In addition to the spectacle, which will certainly benefit, we will have to see to see how the riders will react. It’s one thing the physical stress and another the mental stress, it is not to be underestimated: we will do 42 races and that’s a lot. It is true that in SBK there are 3 every weekend but, with all due respect, the value and importance are different and they have fewer rounds. I'm thinking of a triple-header: it will mean doing 6 races in 3 weeks and that's no small feat. I believe that the talented riders, the most trained and methodical ones, will have an advantage and the teams that work better the same. At the beginning of the year I told everyone, first Aleix, that this would be a World Championship for those riders who make fewer mistakes ".

Next year you will have a satellite team with the 2022 bikes, will you still be able to get meaningful data from them?

“They will have the RS-GPs with which we will race in Valencia and the answer is yes, because we have finally reached a satisfactory level of competitiveness and the 2023 bike will not be a revolution like in previous years. It will be an evolution, we’re talking about details, and it will be interesting to see the results of the new riders. If we look at our rivals, apart from Honda this year, their bikes externally haven't changed much from one season to the next, the base has remained the same. "