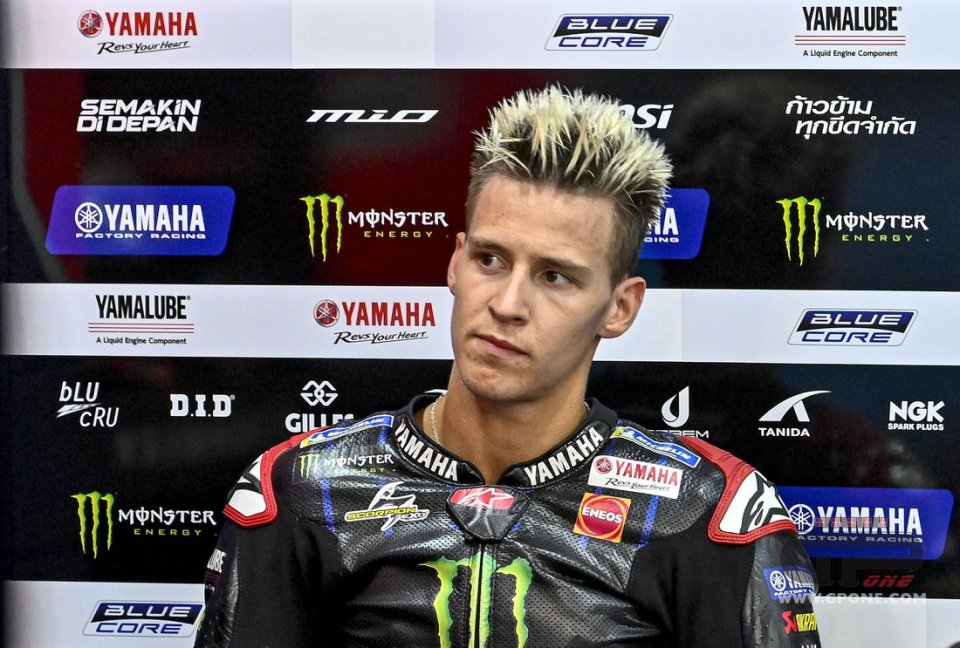 Starting from the second row is a good starting point for any rider’s race, but being in front of his direct rival for the title would have been important for Fabio Quartararo, at least psychologically. Fabio is a tough nut to crack and in the race he has always shown he can grit his teeth and sort out difficulties. The points accumulated at the beginning of the season, however, are running out (although he still has a lead of 18) and how long can he still hold off Bagnaia's attacks?

The Yamaha rider has shown that he has a great pace over the Thai weekend, as often happens to him, but the Red Army once again laid down the law and took the entire front row. Seven of the 8 bikes from Borgo Panigale competed for pole in Q1 and only Quartararo 4th and Marquez 8th managed to put themselves between them in the first 9 places. Ducati's supremacy is there for all to see, the bike is fast and easy to ride, so easy that it helped to take rookie Bezzecchi to his first MotoGP pole.

The role of an easy bike, on the other hand, was associated with Yamaha before; Fabio's today, together with Rins’s Suzuki, represents the only four-in-line not to have gone through from Q1 and, given that none of the bikes with this layout managed to do it, also the only ones in Q2. Quartararo's last part of the season is uphill, but he is increasingly having to fend off a Red Army of Ducatis.

Looks like you were forced to go to the limit here too.

"Today was tough because I felt like we had a great potential especially for the pace. I went out with old tyres and felt quite fast and the time attack I gave my best, but we know we are engine limited in a lot of places. We know how much we lose in the straights. Anyway, I gave my maximum.”

Here in Thailand all weekend the riders have been talking about a changed grip since 2019, which is good in itself but not able to give riders always clear sensations.

“The grip is very high, I think we did some great laps today, but I don't know if it's better or worse than it was in 2019. Our bike definitely goes faster on the straight, but the grip is totally different from three years ago".

You seem to have the pace to fight for the victory, can you overtake here?

"Last corner is the only one I can do and I felt really good. Especially nine, ten - corner ten I can carry a lot of speed and prepare something in the last corner just for the last lap. I think it’s the only place where I can try something."

How many positions do you hope to make up at the start?

"Staying in my position will already be good."