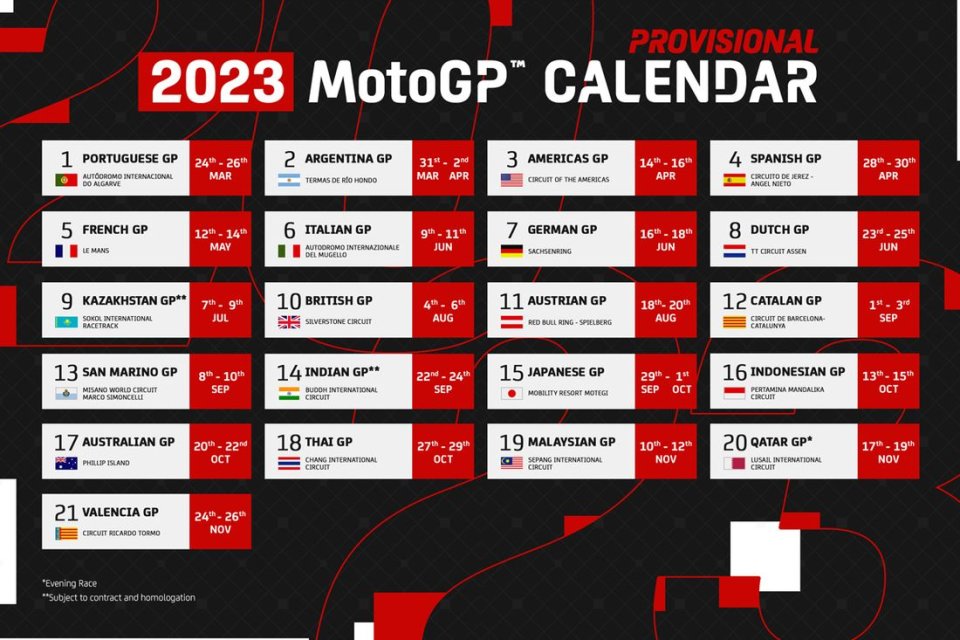 Dorna and FIM today published the calendar for the 2023 season which includes two new events, in Kazakhstan and India which have already been announced, and one absence, Aragon.

It will start on March 26th at Portimao, Portugal, and will end, as usual, at Valencia, on November 26th. Eight intense months for MotoGP, which will see its main focus moving further and further away from Europe, with 10 of the 21 Grands Prix outside the Old Continent.

After the opening round in the Algarve, the world championship will head to America, with the Argentine and Texas GPs, before returning to Europe and Jerez, followed by Le Mans.

The Mugello race is safe on June 11th and it will mark the start of one of the three triple-headers of the year, followed by the Sachsenring and Assen races. Kazakhstan is scheduled for July 9th, just before the summer break.

Almost a month off, before returning to action at Silverstone on August 6th, then in Austria the same month.

Barcelona moves to September, on the 3rd, with the Misano GP following on the 12th. On the 24th the trip to the Far East will begin, with the races in India and Japan one after the other. Then a triple-header with Indonesia, Australia and Thailand (from 15th to 29th October) and finally, three more races in a row: Malaysia, Qatar and Valencia. This will mean doing 6 races (or rather 12, considering the Sprint Race) in 7 weeks. 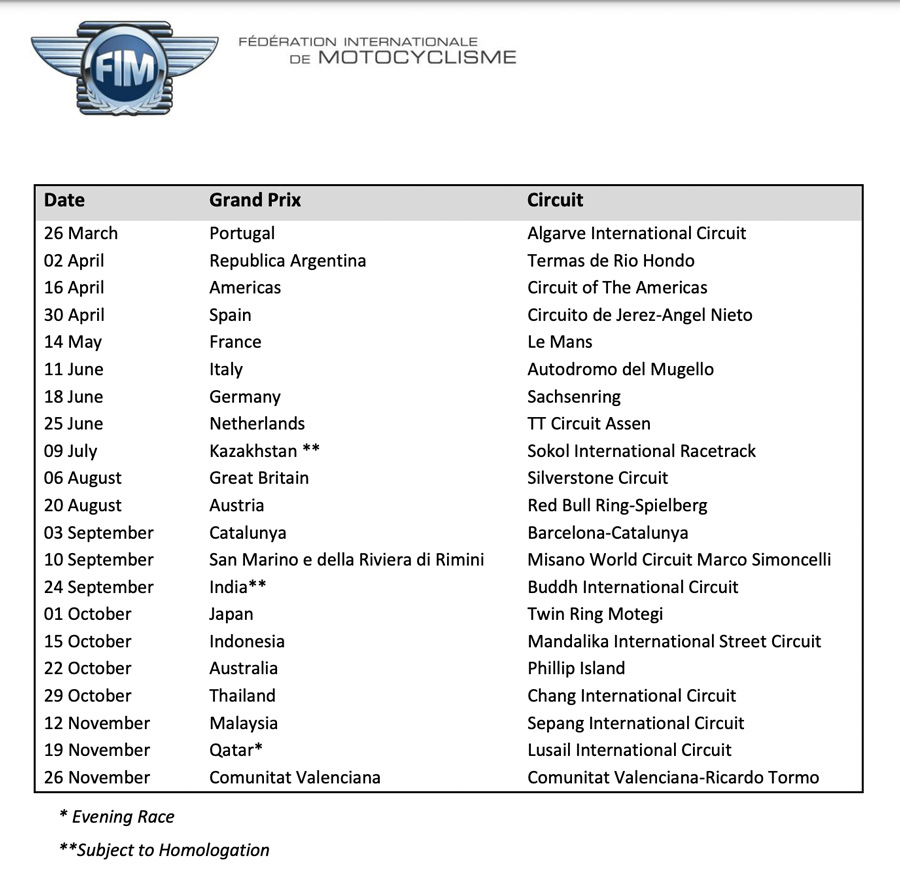