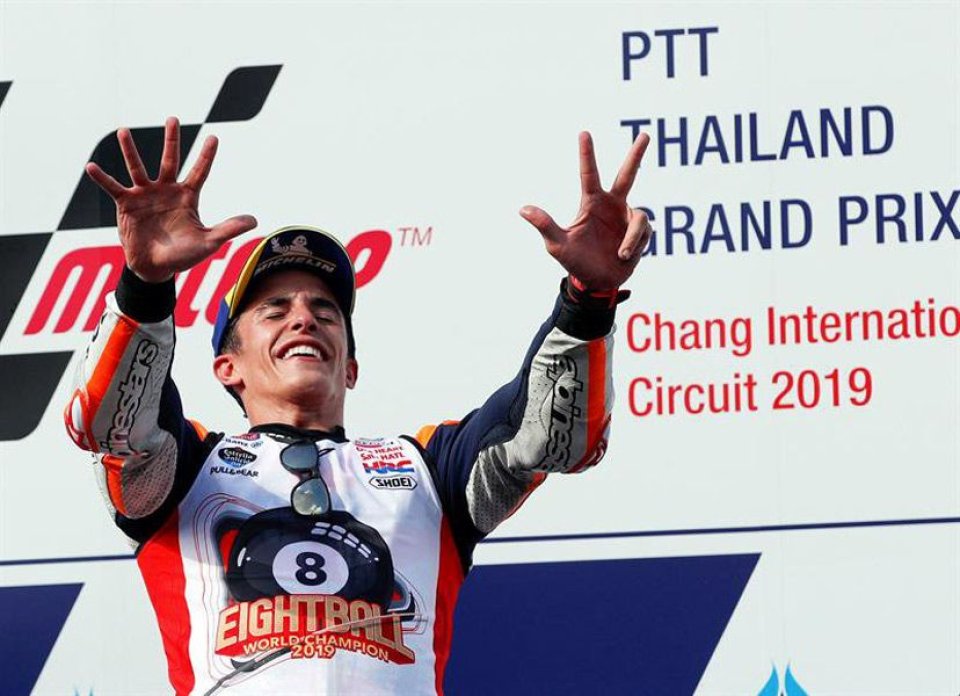 Motorcycle Grand Prix racing returns to Thailand in 2022 after a break of three years. Both the 2020 and 2021 Thai GPs were cancelled due to Covid-19 pandemic. The first ever Thai GP was held in 2018. 2022 will therefore be the third time Thailand holds a Grand Prix event.

Thailand is one of the seven different Asian countries to have hosted a Grand Prix event (all solo classes) along with Indonesia, Turkey, Japan, Malaysia, China and Qatar.

In 2018, Buriram (Chang International Circuit) became the 28th circuit to hold a MotoGP race since it replaced the 500cc class as the premier class of motorcycle Grand Prix racing in 2002. Since then, two other circuits have held a MotoGP race: Autodromo Internacional do Algarve (Portuguese and Algarve GPs) and Mandalika Street Circuit (Indonesian GP).

At the first Thai GP in 2018, Marc Marquez won from Andrea Dovizioso and Maverick Viñales. In Moto2, Francesco Bagnaia took the win ahead of Luca Marini and Miguel Oliveira, while in Moto3TM, Fabio Di Giannantonio won from Lorenzo Dalla Porta and Dennis Foggia. Of these nine podium finishers, six of them are scheduled to race in MotoGP at the 2022 Thai GP.

Since Buriram debuted on the MotoGP calendar in 2018, Honda have won both races held in the class at the track, both with Marc Marquez in 2018 and 2019. Marquez also qualified on pole position in 2018.

Yamaha is the manufacturer with the most podiums at the track with three thanks to two riders: Maverick Viñales, P3 in 2018 and 2019, and Fabio Quartararo, P2 in 2019. Quartararo also qualified on pole in 2019.

Ducati have one podium finish in Buriram: second with Andrea Dovizioso in 2018. In 2019, Dovizioso was again the top Ducati rider across the line, in fourth place. Dovizioso qualified third in 2018 with Ducati, so he is the only rider on a European bike so far who has both qualified and finished the race within the top three in Buriram.

Aprilia best MotoGP result at Buriram: P13 with Aleix Espargaro in 2018. In 2019, the only Aprilia rider across the line was Andrea Iannone in 15th. Espargaro retired due to an electronic problem.