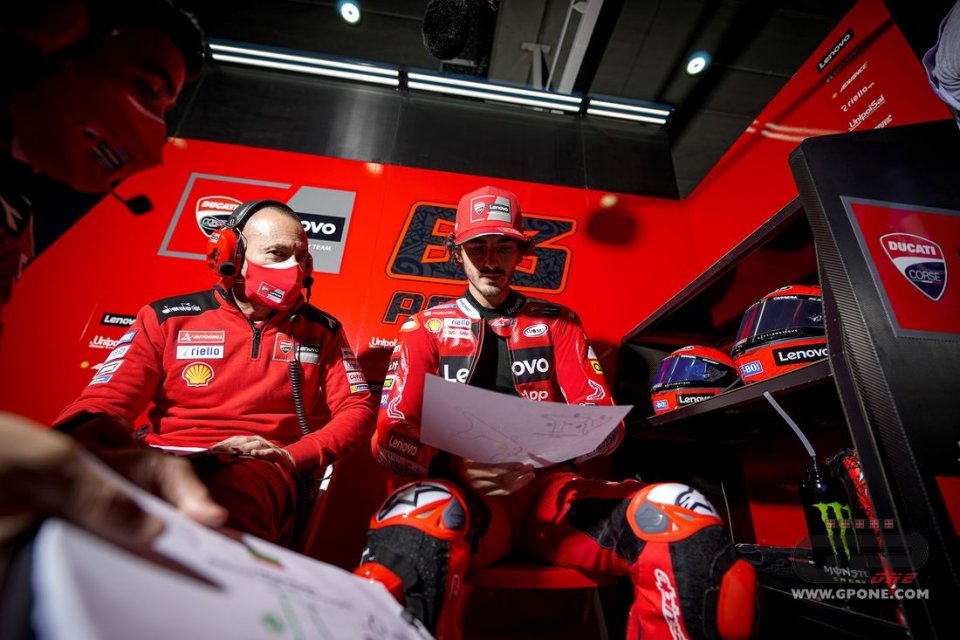 The Motegi Grand Prix did not go the way Pecco Bagnaia expected. He wanted to whittle away some more points from Quartararo, instead he handed him 8 more points due to a crash on the last lap. So, now he is 18 points behind Fabio, with 4 races still to run.

The next will be in Thailand, in Buriram, where Ducati’s Italian rider won at the time of Moto2, in 2018, while the following year, in his MotoGP debut, he did not go any better than 11th place.

Since then a lot of water has passed under the bridge, Bagnaia has matured a lot as a rider and with him the Desmosedici.

"I am happy to be back racing in Thailand – he declared - The atmosphere here is always incredible, and there will definitely be a lot of fans to support us. After a week from the Japanese GP, getting back on the track will help me put last Sunday's race behind me for good. This weekend we will be able to follow a normal work schedule since, unlike Motegi, the schedule will return to normal. We will work hard from Friday to try to arrive ready for race day, which may be held in the wet. I am determined to do well and not make any more mistakes."

The mood of team-mate Jack Miller, who in Japan took his first win of the year by dominating the race, was completely different. A nice way to gear up for this weekend.

"After winning in the Japanese GP, I arrive very motivated here in Thailand – said the Australian - As I said before, after the Barcelona test and the Misano test a few weeks ago, we identified a bike setup that I like, and the feeling I have with my Desmosedici GP is fantastic. Last Sunday, I had the best race of my career, and I think I have never ridden so well. I hope I can do the same thing here in Buriram. The weather will surely play a key role, but I'm usually strong in the wet, so I feel ready to race in any condition."