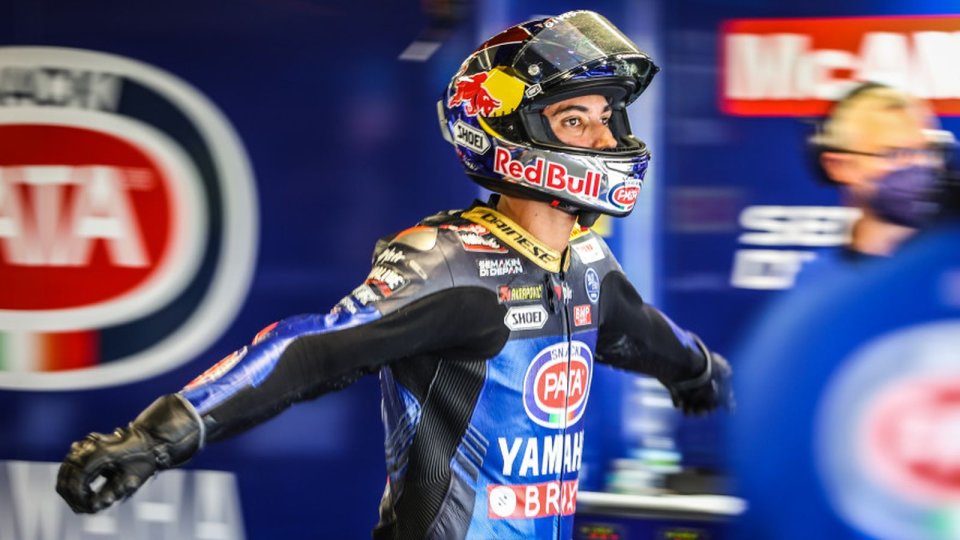 Yamaha demonstrated its many limits this weekend at the Circuit de Barcelona-Catalunya. Friday afternoon, Toprak Razgatlioglu had bluntly declared that the Catalan round would be difficult for the Iwata constructor and, in the end, it was. After his Pirelli rear tire wore out prematurely, forcing him to call it a day early in Race 1, the reigning Champion reached a  fourth place today in the Superpole Race and saved the salvageable in Race 2, where he got on the podium behind the two official Ducatis. A meager consolation, while Alvaro Bautista fled with  +59 points.

“This track isn’t easy for our bike. Compared to yesterday, I didn’t follow Bautista in the first laps, in order to safeguard the life of my tires. I remained in the slipstreams of Rea, Bassani, and Rinaldi,  and we gave life to a really fun battle,” he said. “Too bad we couldn’t reach second place. I tried but, in the end, the front tire dropped. So, I preferred not to take unnecessary risks, riding less in the ‘Toprak style’. The podium is still positive. We ended the weekend in crescendo. Fifth, fourth, and now third.”

Did you expect more on the eve of this round?
“I noticed that this weekend we were faster than last season, especially Bautista. As for me, however, I had worse feelings on the bike. This year, we have to find the ideal set-up every time. But, in 2021, we didn’t have this type of problem.”

Are you impressed by Bautista’s performance?
“In following him, I ended up wearing out my tires yesterday. The Ducati has always been very fast here. We knew that,” he pointed out. “Looking at the glass half full, we brought home points that are useful for the championship. Next time, we’ll be racing in Portimao and, of course, I expect it to be competitive. Just look at the results for 2019. I love that track, and I think we can fight on equal terms, both against him and against Rea.”

Ducati victorious and criticized: when being fast is a fault