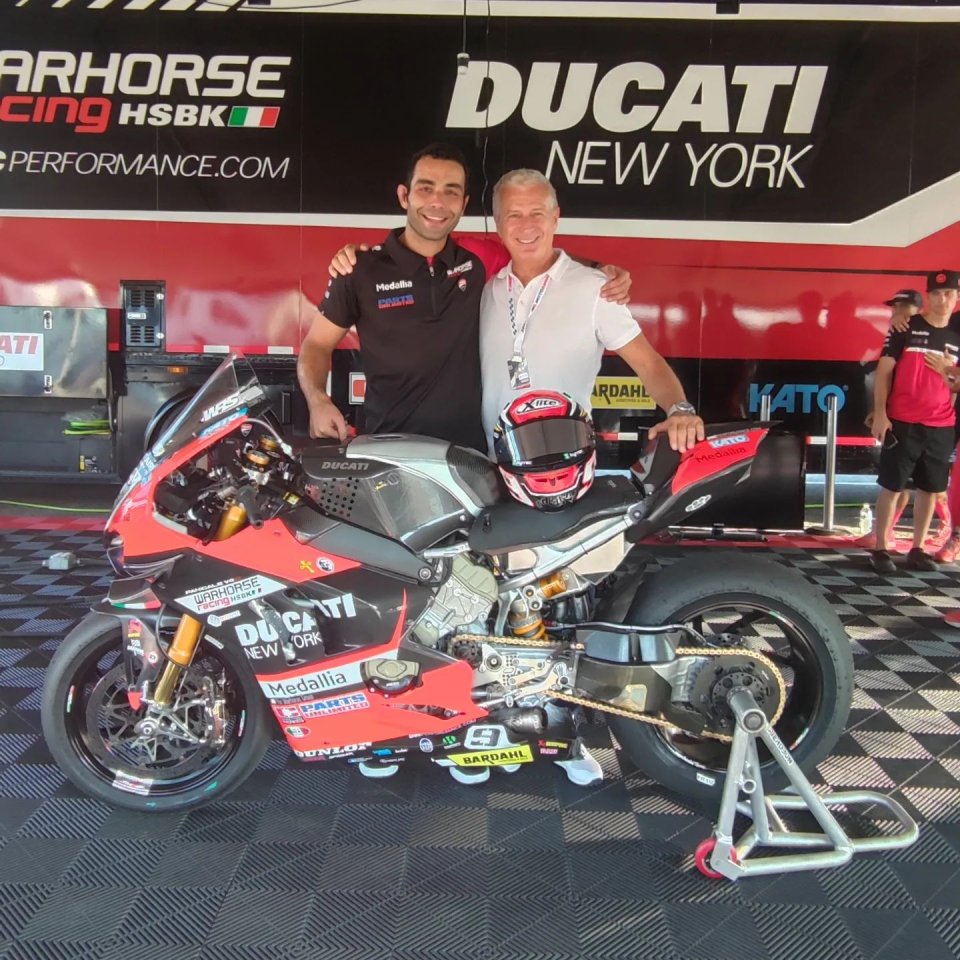 As Mir continues to struggle with the right ankle injury he suffered at the Austrian GP in August, which includes a fracture to the talus bone and ligament damage, another MRI scan means he has been forced to sit out yet another MotoGP race.

Following stand-in rides from Kazuki Watanabe and Takuya Tsuda in the San Marino and Japanese GPs respectively, the next rider to jump onboard the GSX-RR will be motorsport stalwart Petrucci. The rider affectionately known as Petrux is a 10-time MotoGP podium sitter, including two victories. After leaving MotoGP at the end of 2021 he went directly into the legendary Dakar Rally. He took a stage win in the infamous desert race, one of only a handful of rookies to do so, and the first ever former GP winner to achieve this feat. For the 2022 season he has been racing in the MotoAmerica series, securing five wins, and narrowly missing out on the championship crown at last weekend’s season finale. Now he’s ready to step onto Suzuki’s MotoGP machine for another shot in the premier class.

Rins scored a fifth place finish on MotoGP’s last visit to Thailand in 2019, and the Spaniard is raring to go after a competitive but ultimately disappointing Japanese GP last week.

“Needless to say, I’m so happy for the chance to race in Thailand with Team Suzuki Ecstar- said Petrux -  want to thank the Team for giving me this fantastic opportunity. I also want to thank Ducati and my current team management for letting me take this stand-in ride. I’m really curious to jump on the GSX-RR and try it, it looks very fast and we know it’s a winning machine. I’m also eager to work with the Suzuki crew, that I’ve known for a long time now and we have a wonderful relationship. I know it won’t be easy, so I’m not putting any expectations on the experience, I just want to enjoy it. I’m also excited to be one of the few riders in history jumping from a MotoGP machine to a Dakar bike, a Superbike, then another factory MotoGP bike!”

"Unfortunately after a new MRI, doctors have confirmed that Joan’s situation is improving but not enough to allow him to race in Thailand - added Livio Suppo -  Therefore, he will continue his rehabilitation in order to be fit for Phillip Island. He will be replaced in Buriram this weekend by Danilo Petrucci. We would like to thank Ducati for allowing Danilo to take this opportunity. We know Danilo is a "flagship" for them and we really appreciate it – it goes to show that passion and understanding is more important than anything else in our sport. We therefore welcome Danilo to our team, we will do our best to make this weekend unforgettable for him!"

“It’s really nice to come back to Buriram, not least because the fans here are incredibly passionate about motorcycle racing and the atmosphere is always really exciting - concluded Alex Rins - As everyone knows, Motegi wasn’t a positive race for us, but I did get a huge boost from the Japanese fans and I want to take that support into the remaining races.”

Suzuki says goodbye to MotoGP, and the paddock responds with a choral embrace