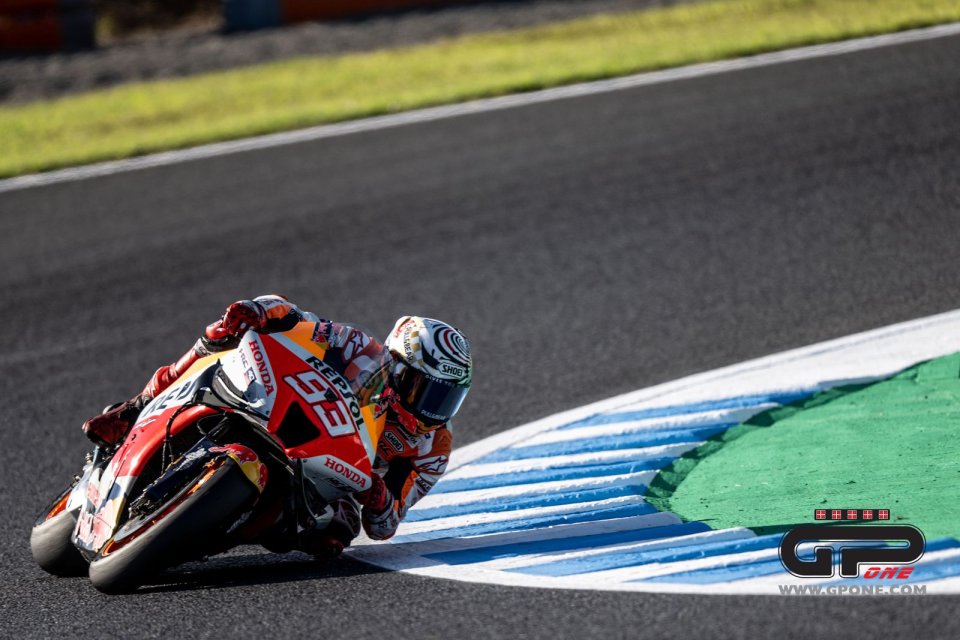 The Motegi race weekend saw winners, moral and de facto, and unexpected losers. Marc Marquez's almost missed podium is to be counted among the first. A fourth place that perhaps not even the Spaniard expected, almost a victory with a more personal and moral flavour than for the standings. The Honda rider managed to finish the race, doing what he had set for himself at Aragon, managing a track that was not easy from a physical point of view and in particular in his not yet optimal physical conditions. The smile of the eight-time world champion reveals the joy in having finally left behind an ordeal made of pain and sacrifices, an ordeal that has marked him in the body but also on a mental level. The awareness of being reborn, competitively speaking, was perhaps glimpsed in that overtaking move on Oliveira's KTM, the worst seems to have passed and for the Spaniard now the climb has become a bit less steep.

“I'm really happy because it was a solid race – said Marquez - but the most important thing is that I didn't feel pain during the whole race. I felt like the arm was lazy. I felt tired in the end, but I didn't feel pain and for me that is the most important. For that reason I was also able to attack Oliveira. It was long time ago since I had the feeling to attack somebody in the last laps, because the pain was there and it was difficult to even keep concentration in the past. But today I didn't feel pain, I just felt tired, but everything was under control.”

How important is this result have for your confidence?

“Confidence is coming back, but I want to keep my feet on the ground for now. We need to also keep calm because this circuit affected the weak points of our bike less. For that reason I was able to be fast from FP1. The only unlucky point in the race was I put the soft rear tyre to attack in the beginning, but I had a small problem in the first lap, lost a lot of time and many riders overtook me. Then the lucky thing is that I changed the map and that problem disappeared. It was a very small problem, but when you are in a big group it affects things a lot. But from that point my race began and I'm happy.”

Does finishing the race mean that you are returning to 100% fitness?

“For a single lap time attack, I'm not far from riding like I want. But to make a constant pace and control the moments you don't expect - shaking on the brakes, or change of directions - still there I can improve. But it's only the second race since my return.”

What are the expectations for the next races then?

“It's true that it was a good weekend. But it’s also true that the rain on Saturday helped me a lot to keep fresh and to start from pole position. So I'm always honest and in a normal weekend, I believe that will be 7th-8th-9th position. Not 4th.” 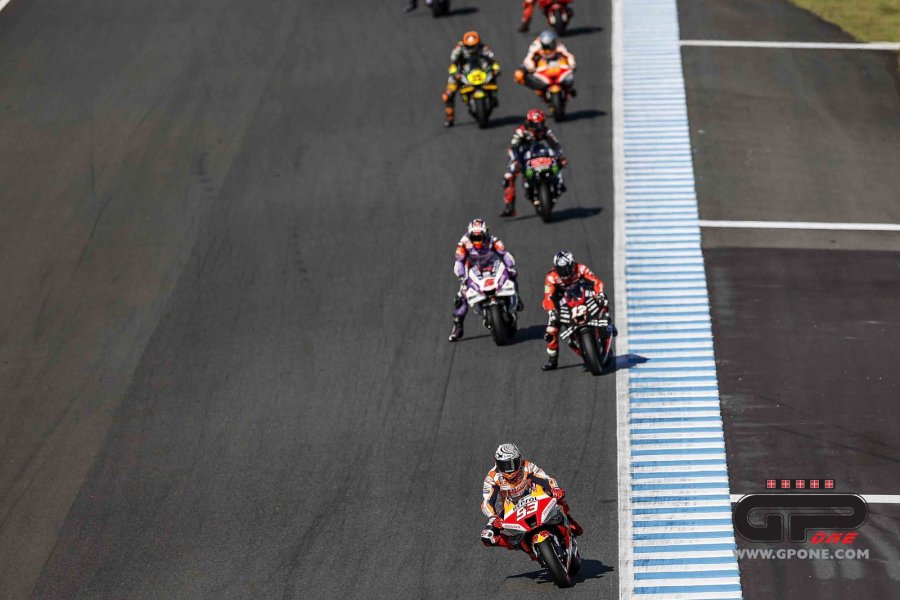 What was the cause of this morning's crash in the warmup? Lack of information on the bike?

“In Aragon I had a similar crash in the same point, same angle. So it’s there where I don't have information. It's one of the points where I'm struggling more this year. Always when I had those moments, lockings in the past and I got used to ride the Honda like this. But this morning, I was not overriding and just looks like you go down. I had a good feeling in that left corner and when you have good feeling you push more. So lucky I crashed in the warm-up because if not it was a high possibility to crash in the race!”

Do you think that once you get back to your optimal form, you will go back to being the Marc Marquez of 2019?

“This depends on two things: Arm level, bike level. The arm situation we know with more kilometres will be better and the bike we need to improve. MotoGP has changed a lot in the last few years, the aerodynamics have changed the riding style a lot. Overtaking is now more difficult, if you are behind another rider, you don’t have the aerodynamic load and you can’t brake the bike, if you’re not the bike wheelies much more. Before it was easier to stay behind someone, now you can do it for a few laps at most. "

Nagashima was also on the track today to carry out tests for next year, did you have the opportunity to discuss with him?

"Yes, I gave him my impressions. There are some things, especially the weak points, that only come out in a race and not when you ride alone on a track."

It has been a difficult year, both for you and for Honda. What drives you on in these last stages of the championship?

"As always,  my passion and my motivation are the same as always. If I can and if I am able, the goal is always the same: to win and fight in a championship. This year it hasn’t been possible, but the important thing is to work from now on in view of the future ".