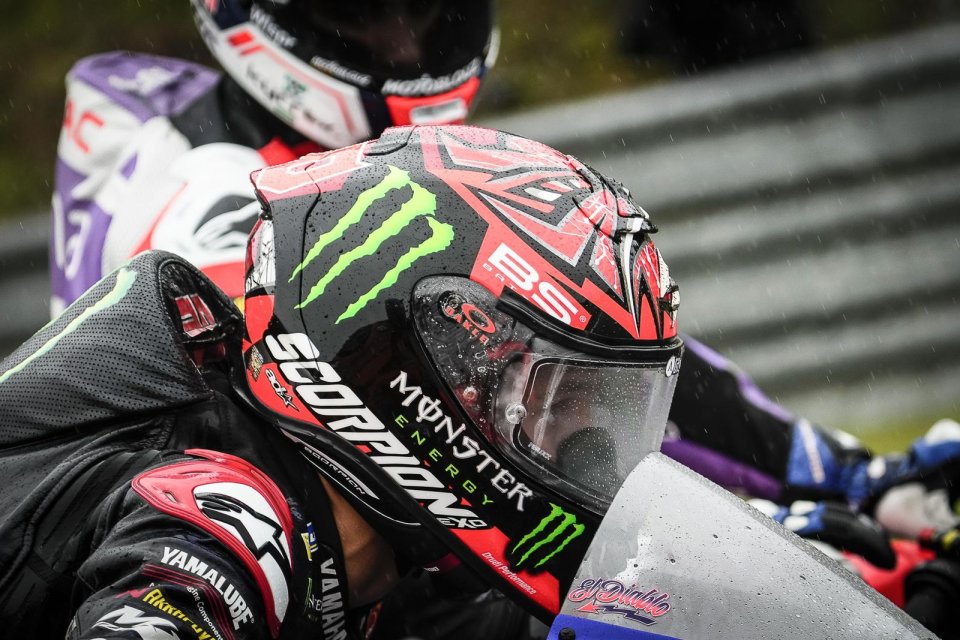 The rain messed up the cards on the Saturday of official qualifying in Motegi, Japan. Marc Marquez returned to the pole after three years, while the three contenders for the 2022 world title salvaged what could be salvaged. With Aleix Espargarò sixth and Francesco Bagnaia only twelfth, the championship leader Fabio Quartararo took home a modest ninth place. For the Yamaha rider a comeback race from the third row is expected, one in which he will inevitably have to keep an eye on his direct opponents (Bagnaia above all).

“I’m not happy because I expected much better. I still don’t understand how it’s possible to go into Q2, first lap do a 1m56.7s and then all the qualifying the same – no improvement - pointed out the Frenchman, who set his best lap on the second of the eight laps he did in Q2 - I have a feeling, then when we check the data and it’s not the same. So, I’m a little bit lost in this track on the wet. The feeling is good, but how to make the lap time… we were one second from the pole. It’s a lot, but compared to what it used to be it’s not so bad. But it’s difficult to understand.”

Will tomorrow's race be crucial for you?

"Not only for me, but a bit for everyone as this weekend we have lapped relatively little on this track. It will be interesting to follow especially the choice of tyres between medium and soft. We will have the usual problem of overtaking, we will have to try to exploit our strength, which is braking. I feel ready and we will invent something. The last few races have been frustrating and so I’m hoping for a positive result tomorrow ".

In what areas of the track can attacks be made?

“At the moment, only Turn 7 and that is not really a place to overtake.”

What do you think of Marquez's pole?

"Marc has always been strong here and from a race point of view he is one of those riders able to option the rear medium. Just look at his times in yesterday's free practice session. He has the speed and pace to aim for victory," he concluded.

Morbidelli: "We can fight for good positions" 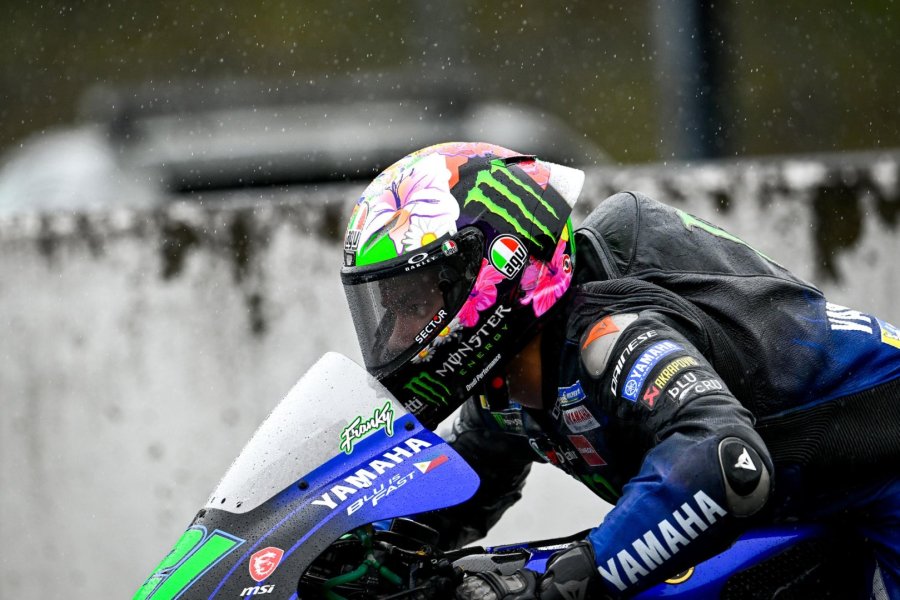 If Fabio did not stand out as much as usual, for his teammate Franco Morbidelli things went even worse. He will start from 14th position, for a race that is decidedly uphill. Although he was quite fast in the rain in the morning, sixth more than nine tenths from Marquez in FP2, yesterday in dry conditions the Italian-Brazilian rider did not get into Q2 and was forced to fight for the second part of the grid.

“Today, due to the rain, the schedule changed and we were unable to implement the changes we wanted - he admitted - we went through qualifying and brought some problems with us. We tried to get the most out of it, still doing a good job, but it wasn't enough to get into Q2. Perhaps the hard rubber could have helped us, here we have to squeeze the performance in braking and the soft tyre is not the most suitable. Our potential was higher today. In any case, we can fight for good positions, we have high potential. This is positive ”.

Yesterday in the dry you went fast, if it doesn't rain what is your potential?

“Yes, I'll try to find the speed I had yesterday. We need to improve, especially in the fourth sector of the track we have a margin. We are fast all around the circuit, but in sector four we lose a lot ”.

Fabio said the only place he can overtake is Turn 7. Is it the same for you?

“I don't think I can do it there, I'm sorry”, Franco concluded, getting a laugh from the press present.

Bastianini: “A good result in Australia is important to shorten the gap”