The 'Beast' from Romagna, fresh from a victory at Aragon, has arrived in the land of the rising sun. MotoGP has not raced on the Motegi circuit, one of the historic circuits of this sport, since 2019. A track full of meanings: for the riders, who count the races (and the points) separating them from the title and the end of this championship. For the manufacturers, the Japanese ones in the first place like Honda, which this year is unable to hide the fact that it is in clear difficulty and which in racing at its home circuit will perhaps have an opportunity to revive its spirit in view of a hopefully better 2023. For sport, which looks to the Japanese circuit as a sign of a return to normal after some difficult years. The weather, after the typhoon of the past few days, heralds a wet race, and never having raced here with a MotoGP bike could prove to be a disadvantage for Enea, but it is also true that the young Italian talent could reserve some surprises.

Only four days ago you triumphed at Aragon, winning against the Ducati of Bagnaia, your future teammate, with a splendid overtaking move on the last lap. MotoGP hasn't raced at Motegi for three years, but its stop-and-go circuit is favourable for Ducati.

"Last weekend at Aragon was one of the best of my career - Enea told us with a smile - apart from the result itself, all weekend I had lapped with an excellent pace. Motegi is a beautiful track, with a lot of sudden braking that I like a lot for my riding style, however this will be the first time I will race here on a MotoGP so I will have to make good use of FP1 to learn quickly from the more experienced riders on this circuit. "

The bikes are very different than they were three years ago, do you think this will somehow reduce your disadvantage?

"We will have to wait to be able to complete the first laps to have a clearer idea. For sure it is a fact that the bikes have changed radically, especially the aerodynamics and the addition of the lowering device that are now on every bike."

You often mention how after the summer break you and your team took a leap forward, and your performance proves it. What has changed specifically?

"I don't know for sure. It is strange, because in the first rounds of the championship I won three races, yet I felt that they were more suffered in some way. Before qualifying was always a question mark that could often affect the result in the race. I think finding that consistency on Saturday is making a difference compared to before, and this certainly gives me the opportunity to fight at the front of the race more often than before, but I also owe a lot to the bike. The GP21 has taught me a lot and in qualifying with new tyres it is incredible ".

With your last victory in Aragon, your fourth of the season, you have taken yourself to 48 points from the top of the standings. With five races left in the championship, is there still a chance to recover? Even according to your manager, it's not impossible. After all Pecco in this second half of the season has recovered 81 points.

"I think there is a small chance, even if mathematically I have not yet lost the chance to win the title. Much will depend on how I manage to tackle the next races, ideally I would like to maintain the performance level achieved in this second half of the championship".

You have always said that until the last race there have not been any team orders. From here to the end do you think there will be any?

"For the moment there have been no orders, which is good for me. After all, even if I have a small chance to win the title, it is still a possibility and this freedom gives me the strength to be able to fight 100% of my ability".

Yet at Aragon you cost 5 potentially valuable points for your future teammate next year.

"The atmosphere in the pits is positive, there is no stress about it. For the moment I think it is more of a discussion created by the media. It is clear that this is an evolving situation, I do not know if there will be orders in the future, at the moment there doesn't seem to be a need and I believe that Ducati are also quite satisfied, but we will have to wait for the next races to see how events unfold. 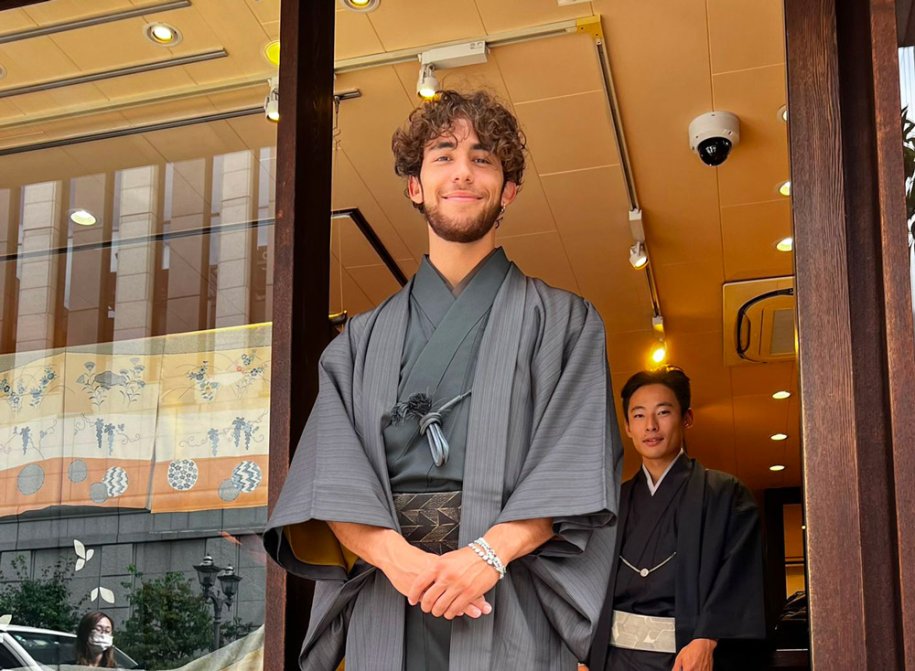 The GP here in Japan has also given you a chance to appreciate the incredible culture that we know you like. What was it like wearing a kimono for the first time?

"The track is great, but what has struck me above all is the people. Their character and their smiles above all, after the last difficult years I think it is something important, not only for us as riders but also for the fans. As for the kimono it was a fun experience, I liked the dress very much but the socks are so strange!" concluded Enea jokingly.