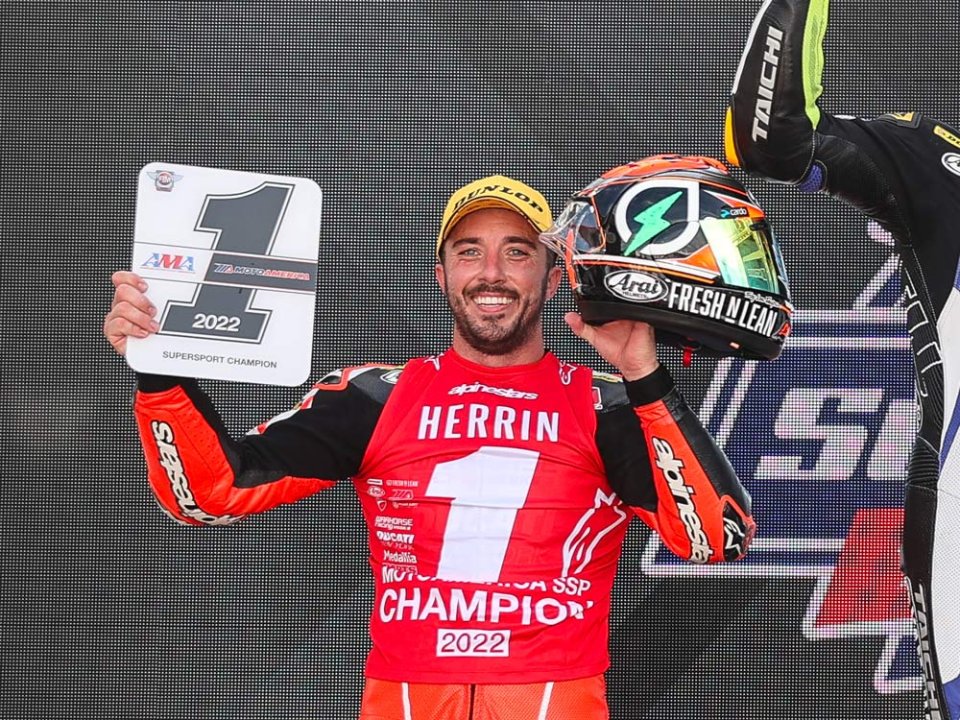 For the final sprint of MotoAmerica, scheduled at Barber Motorsport this weekend, Danilo Petrucci will not be able to count on Josh Herrin's help in his race for the title. The Warhorse HSBK team had the intention of fielding Josh (who has already mathematically won the Supersport championship) in SBK, but that will not now happen.

In a statement, the team announced its decision to enter Herrin on the Panigale also in the final round. As mentioned, in Supersport the championship has already been decided, so why this decision? Petrucci is 4 points behind Gagne with two races still to go and any possible help would be welcome.

Herrin, however, in the last few days posted on his social media profiles a video that the team did not like, in which the rider can be seen wheeling up on a road open to traffic (you can find it below).

Very unprofessional behaviour, for which the team has decided to punish him, by depriving him of the chance of racing in the SBK class, or at least this is what the American sites are reporting.