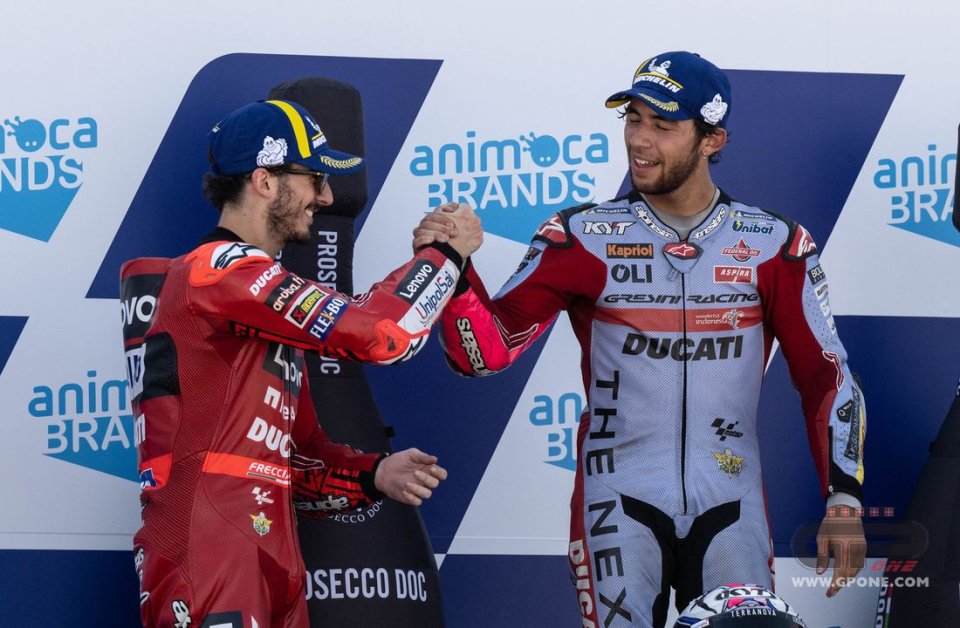 And they all lived happily ever after. Bastianini wins and shows that he mustn’t lose, Bagnaia loses but is closer to winning the title, Aleix Espargarò is less brainy, but concrete and remains on the third car of the train for the World Championship.

In truth, not everyone is happy. Quartararo was not but could count his lucky stars that he only picked up a few burns in the emergency landing. Neither was Marquez, who wanted to notch up the kilometres but only completed a few meters.

Motegi awaits them all. For confirmation or revenge, whatever…

THE GOOD - They are the most beautiful couple in the world and they do not feel sorry for the others. A de facto couple for now, waiting to get married next year, clearly both wearing a red dress. As at Misano, at Aragon Bastianini and Bagnaia gave a riding lesson to everyone else, then they fought for the victory. Enea showed that there are no team orders, Pecco that he also knows how to use his head. A toast for them.

THE BAD – As a homage to the Far West location, a show was put on in Moto3 with outlaws as protagonists. In place of an attack on the stagecoach, there was the one on the motorcycle (of Adrian Fernandez), complete with a fist fight outside the saloon, sorry the pits. We should also talk about the bikes that mysteriously were turned off before exiting the pit lane, a new feature of the most loved game in the prairies: chasing a tow. The film came out badly, bordering on depressing. No censorship is required, just disqualification.

THE UGLY - Weeks spent wondering what Marquez would do in the race, everything to be honest (no fault of his, mind you) but not what was expected. A few curves and then retirement. Too bad, we’ll keep the popcorn hot for Motegi.

THE DISAPPOINTMENT – A few corners in the race and even a head-on crash with the scooter ridden by a track marshal to return to the pits. Bad luck is not blind and it has a predilection for Fabio Quartararo. He just has to lick his wounds and not look too much at the standings, otherwise he will cry. 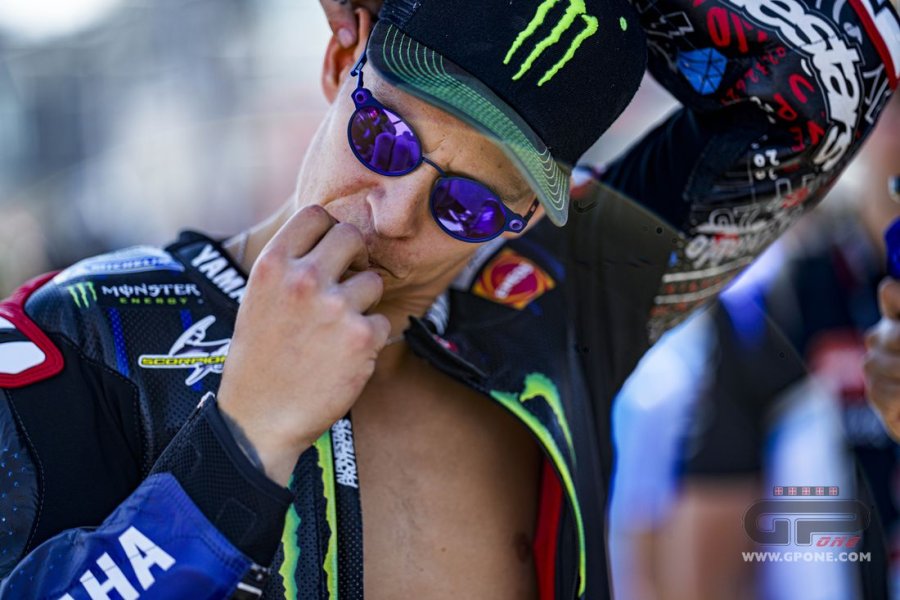 THE CONFIRMATION - The ant Aleix Espargarò continues to stock up for the winter and the pantry is full of points. Enough to be up there, with Quartararo and Bagnaia, ready to take advantage of their mistakes, since the Spaniard does not make any. With maturity one acquires wisdom, Aleix is ​​a fine example.

THE MISTAKE - That of Alonso Lopez, spectacular but, fortunately, without consequences. At Misano he put on a show with a victory, at Aragon with a crash.

THE SURPRISE - Brad Binder didn't know he had a KTM. Otherwise it can’t be explained how he managed to stay there, in the midst of Aprilia and Ducati, flirting with the podium until a few laps from the end. Or maybe he is just the most underrated rider in all of MotoGP. The choice is up to you. 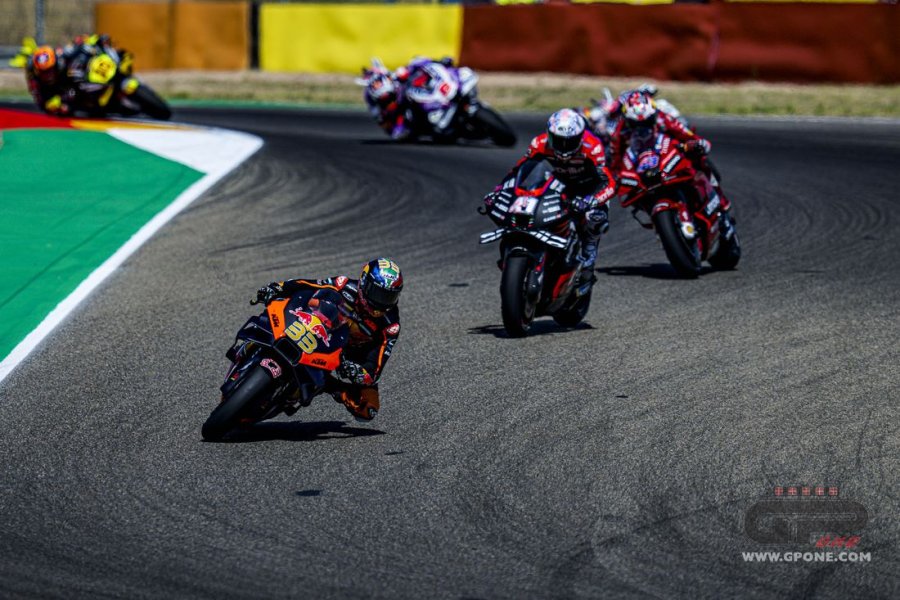 THE PASS - Bastianini on Bagnaia, more for its metaphorical value than for its technical one. Now we know that Enea at Misano had told the truth.

THE CURIOSITY - Ducati won the constructors' championship for the third time in a row. With 8 bikes on the track it is easier, but the satisfaction remains.