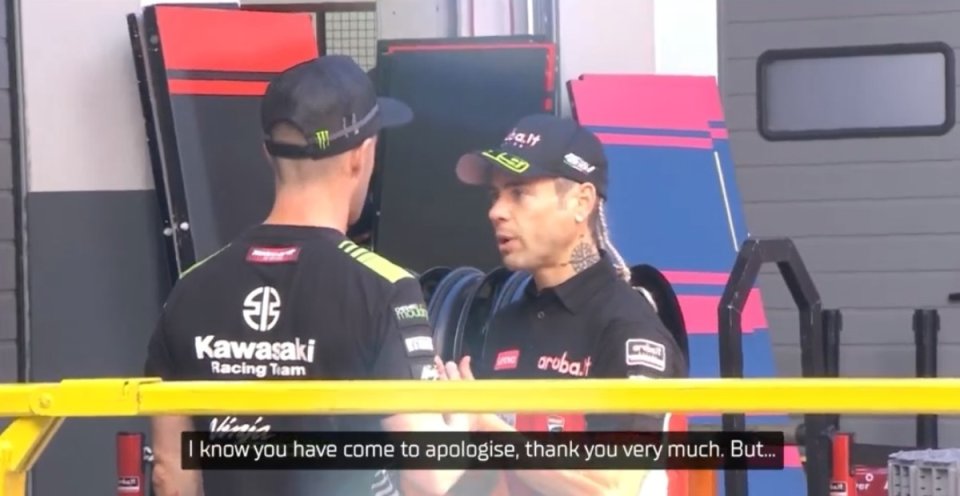 Dorna’s cameras reveal what happened after Sunday’s race at Magny-Cours. As we all know, the accident between Rea and Bautista marked the final day of the race, unleashing the Spanish rider’s anger.

In the video (see HERE), an angry Bautista is seen returning to the garage, saying that Rea’s maneuver was intentional, not something of a world champion, and that he deserved the black flag. Johnny apologized, but Alvaro didn't want to hear his explanations.