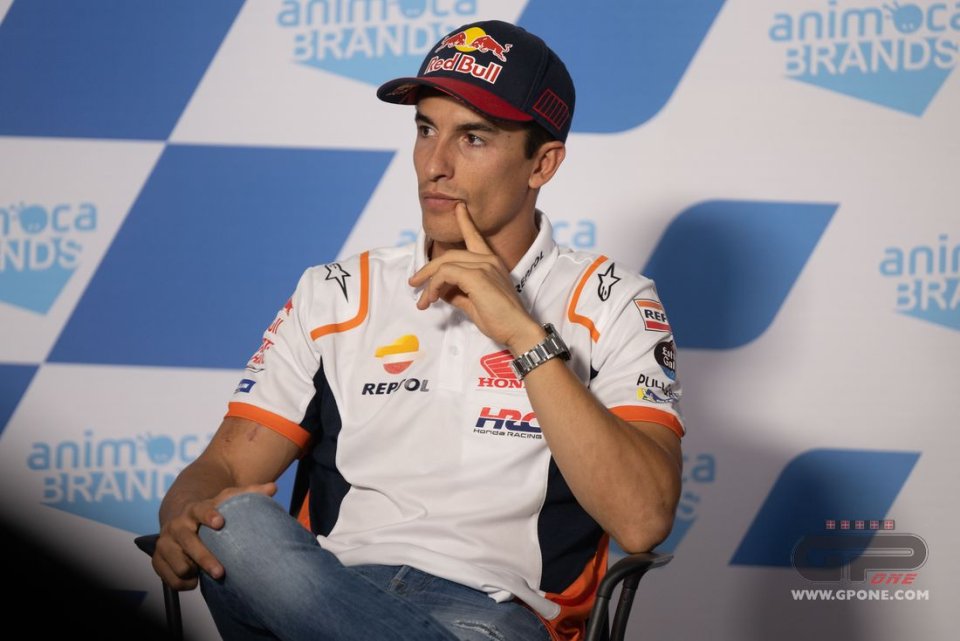 “It’s something that, for example, in Mugello I didn’t expect to be here in Aragon or to race here this year.”. Yet Marc Marquez should be used to the impossible and this time too he has managed another feat. A little more than three months after the fourth operation, his arm is ready to get back on track.

“I’m really happy to come back - he said - But things have been in a good way from the beginning, from the surgery. And step-by-step things look better. Of course, for the target I want to achieve I still have to do a lot of work. But now after Misano test it has been very positive. The feeling, the way I finished the test about physical condition was good".

Did you realize in those days that you would return to Aragon?

“That’s where we analysed the recovery of my arm in the next days and understood there was maybe some possibilities to be in Aragon. I talked to the doctors and we made the decision. Being on the bike is the most important thing both for me and to prepare for 2023. Now I will have to combine training in the gym with time spent on the bike”.

Is there a chance of seeing you on the podium on Sunday?

“I mean, the podium possibility is one percent. 1%. Really low. One thing is I’m really far from my best physical condition, and the second thing is Honda is in a very difficult moment. We saw with the other riders, and we are far from the other manufacturers.”

"My target, my goal is to try and finish all weekends from now on, but it’s true that there’s a possibility on the table – because we’re coming to three races in a row – that maybe in Japan, maybe in Thailand I need to stop in the middle of the weekend. We don’t know. I've already talked to Honda about it, they understand the situation: if I have to stop, I'll do it. It will depend a lot on how these GPs go, of course if you lap half a second behind the best in the race, the physical stress is less”.

How important is it for you to return on this track?

“It is a dream that has come true, because Aragon is a circuit that I like, where I will have fun. I also know that I will have to stay calm, there is always a possibility of crashing but now the bone is in place ".

In Austria you said that Honda needed a reorganization, are you talking about it with them?

"Honda is Honda and I'm not the person who can organize a company. I can share my ideas with them. Did you see the new Kalex swingarm at Misano? It is a sign that they have understood the situation and are working hard”.

Getting back on the Honda at Misano , how did you find it?

"Very similar to the one at the beginning of the season, with the same problems: I don’t feel the front wheel, it is hard to turn and there is no grip. The bike is better than last year, but the rivals have taken a bigger step forward".

Will you be able to use any new things seen in the tests?

“I have the aluminium swingarm available. It’s different from the carbon one, in terms of feelings and the concept ".

“It's like when Valentino Rossi did it, they are sportsmen who have done something different from everyone else in their sport. I've always been a fan of Nadal, but Roger was different, he was able to communicate to everyone what he was doing”.