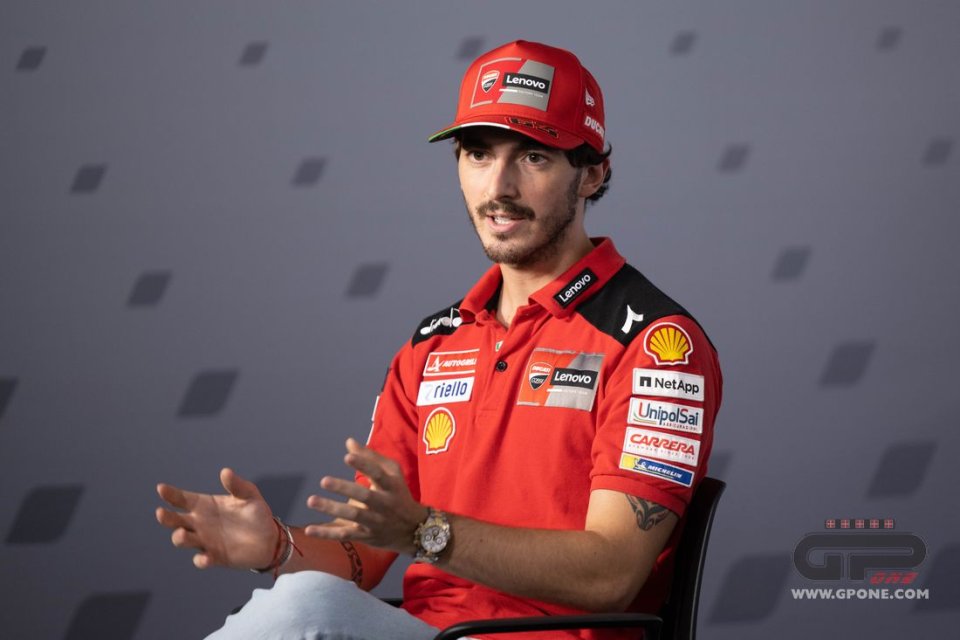 Pecco Bagnaia arrives in Aragon on the wave of four consecutive successes. The Ducati rider seems to be irrepressible and dreams of his fifth success at MotorLand. Obviously the competition promises to be fierce with the intention of putting a spoke in the wheel.

The rider from Piedmont therefore tries to keep his feet firmly anchored to the ground, aware of the fact that this particular exam has a high degree of difficulty

“At this moment I feel really good on the bike, it's not for the sensations, but also for the progress we make during the weekend - he said - at Misano we did a fantastic job, getting the victory. Unfortunately in the first part of the season I lost some points, then from Jerez I made up for my mistakes, learning an important lesson, which gave me consistency ”.

Many expect five wins in a row from Bagnaia at MotorLand.

“Even in Austria everyone said I had to win. For me it doesn't mean much to start as the favourite, as all that matters is improving during the race weekends. The main key will be to be consistent over the weekend. Last year I took my first victory here, which came after a difficult period. Certainly that result helped me to understand that I could win races, giving me strength and motivation to win ”.

About a week ago Bagnaia was a guest at the F1 GP in Monza.

“In F1 they manage to create something exclusive and you just have to see people walking around in the paddock, as it is very small, in fact you see drivers like Hamilton walking around freely. Here, however, it is impossible, since you find yourself immersed in the public. In some ways the warmth of the fans is nice, while in F1 it is more exclusive and limited. Among other things, what struck me most was the work in the pits, as well as the discussions via radio between the driver and the team. They manage to create a show ”.

The fact is that the world championship battle starts again at Aragon ...

“I don't want to think about the World Championship, since 30 points to recover are a lot and the priority remains to understand how fast I can be in the race weekend. Here at Aragon, thanks to the new fairing, we will be able to be more competitive, but I am convinced that the others will be too.

Then it was time to take stock of what has been done over the last year.

“The best victory was undoubtedly Aragon, while the most difficult was Silverstone, since I was not the fastest. Here Marc was the toughest opponent, as were Fabio and Enea at Misano last year and this one. This year at Misano it was essential to finish up front. "

At MotorLand there is the return of Marc Marquez

“I think Marc will take this race very calmly. If he has the opportunity to stay ahead, I am convinced he will try. I think in this race he will be in the top eight, then in the top six the next and finally in the top five in the one after that. He has nothing to lose and I am convinced that he will definitely try. It will be up to us to stay in front, without losing the main focus ”.

In the afternoon the news came of the retirement of Federer, to whom Pecco dedicated a special thought.

“It is a great pity, given that he was one of the best players that you could see, especially for the class and cleanliness of his game, also technically he was devastating. It's the end of another cycle, but I think it's right to retire after winning so much "

One last consideration was about the pre-race pressure.

"You have to try to look at the positive things and try to improve yourself. Later, when the race comes, you give everything you have inside, making the most of it. Before the race I always focus on the data and then I try to do a little stretching "