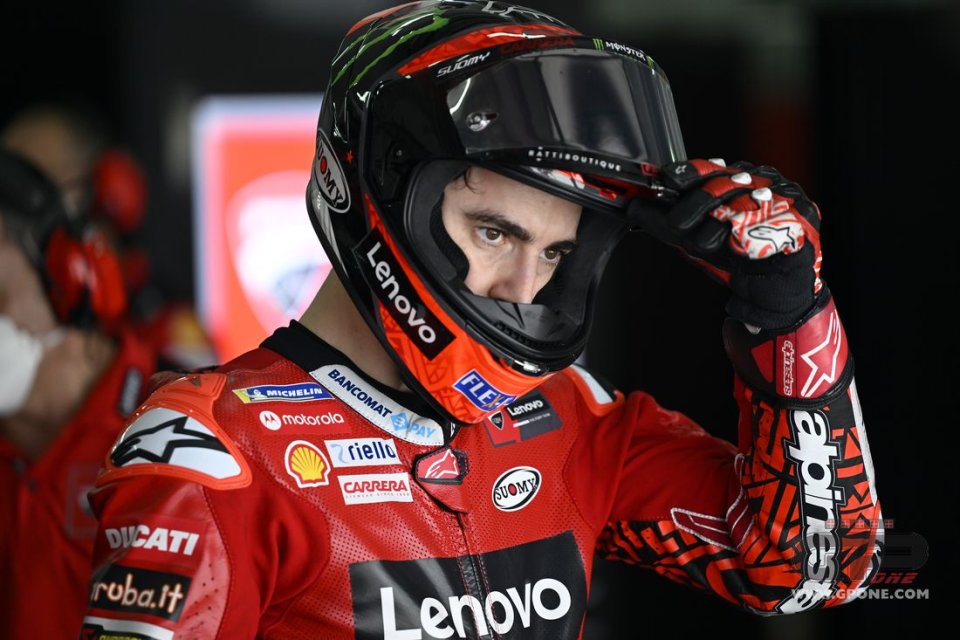 Bagnaia is returning to the place of success, his first in MotoGP which dates back to one year ago, when at Aragon, at the end of a duel with Marc Marquez, he broke the ice in the premier class. The MotorLand round could not have come at a better time, because Pecco is coming off the back of four consecutive victories and is getting closer and closer to Quartararo in the overall standings.

Thirty points separate them and the goal of Ducati’s Italian rider is to leave for Japan with an even smaller gap. There are all the conditions to succeed and a fifth consecutive success would be a historic undertaking.

"I am happy to be back racing at Aragón, where I took my first MotoGP win last year – remembers Bagnaia - In general, it's a very good track for us, and I think we can be even faster this year than last year. In any case, we'll face the weekend with the same approach as always: to give our best from Friday and focus exclusively on the race weekend, without thinking about the Championship."

Jack Miller's expectations are also high, especially after the unfortunate weekend of the San Marino GP.

"In the last race at Misano, we couldn't capitalize on the great work we did over the weekend, so I hope to do that here at Aragon – is the Australian’s aim - Racing in Spain is always great because of the warmth of the crowd. My feeling with the Desmosedici GP continues to be excellent, and in the Misano test, we gathered more information to improve our bike further. I'm determined to do well and fight for the top positions in this last weekend in Europe before the two races in Asia".