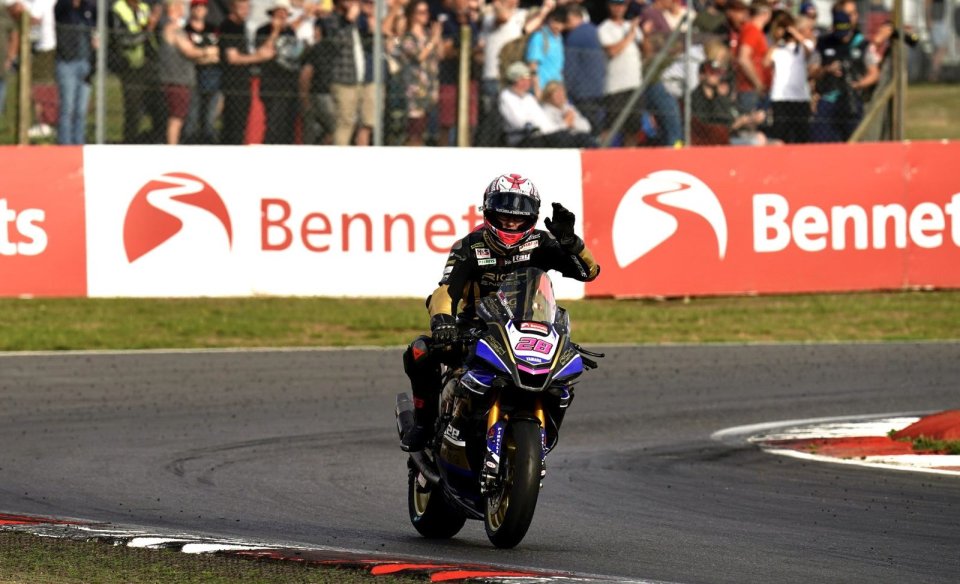 With the Showdown on its way, in British Superbike there is one rider who is experiencing an effective state of grace. After his win in Race 1, Bradley Ray scored a dominant double in the two Sunday races on the Snetterton 300 track, which counts as the first hat-trick in his career. The last weekend of the Regular Season reaffirmed the current dominance of the Rich Energy OMG Racing Yamaha rider and at the same time determined the remaining three riders who go into the decisive end-of-season playoffs.

All simple on paper, even if in practice Ray had a hard time. While in Race 2 he only managed to beat his friend-rival Tarran Mackenzie (McAMS Yamaha) on the last lap, in the following Race 3 he had to build up a gap of more than two seconds thanks to the penalty imposed on him by the race direction for not respecting the correct restart procedure under the Safety Car regime (entry following the breakdown of the engine of Storm Stacey's Kawasaki). An inconvenience that did not, however, affect the final result of Ray, who was still able to keep the first position by seven tenths of a second over Peter Hickman (FHO Racing BMW), who finished runner-up due to the same penalty inflicted on Tarran Mackenzie and Glenn Irwin.

Qualified for the Showdown

In a chaotic end to Race 3, today's double podium finish allowed 2021 Champion Tarran Mackenzie to grab a coveted Showdown pass, despite missing two rounds at the start of the season due to injury. The same thing can be said for Tommy Bridewell (3rd in Race 2, the only Ducati rider in the top-8) and Kyle Ryde. Nothing doing for the rest. Among those excluded are even illustrious names such as Peter Hickman, Danny Buchan, Leon Haslam, Josh Brookes and Tom Sykes, who can only compete for the Riders' Cup (ergo: the ninth position of the overall standings), maintaining the points scored in the first eight rounds.

At the end of the Regular Season, in a couple of weeks’ time at Oulton Park, the Showdown will officially get underway with the best eight riders (ex officio promoted to 1000 points) vying for the British Superbike title in the final nine races. In the total calculation of the Podium Credits, Bradley Ray is in the lead with 1061 points, preceding Jason O’Halloran by 13 points and Tarran Mackenzie by 30. Following, in order, Glenn Irwin (-45 points), Lee Jackson (-47), Kyle Ryde (-48), Rory Skinner (-52) and Tommy Bridewell (-53).