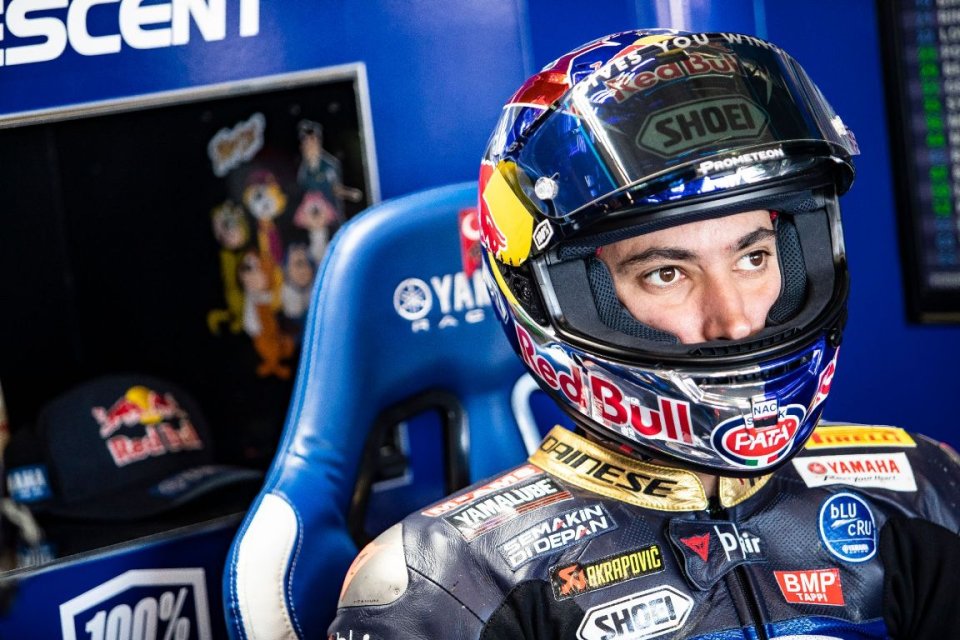 Razgatlioglu won race 2 of the French WSBK Round at Magny-Cours. The Turkish rider and reigning world champion, after his victory in the Superpole Race this morning, also took an encore in race 2, taking advantage of Bautista's crash following a contact with Rea (penalized with a long lap penalty), ahead of the two Ducatis of Rinaldi and Bassani.

“But it was better for me - confessed Toprak - I was behind the battle and I wasn't pushing for the victory, so I don't know. Right now I am not focused on the championship, but I am only focused race by race. I managed to keep Michael Rinaldi behind, and it was very difficult, he is a very strong rider. I saw that he had a slower pace than mine and I said to myself: “Ok, now I pass him, After the overtake, everything was better for me, I only had problems in the first sector and ... only this! (he laughs, ed.) "

When asked about yesterday’s crash and finishing race 1 in eleventh place, the Turkish rider said:

On the question of who is the most highly-rated opponent between Bautista and Rea, Razgatlioglu expressed his opinion.

“I don't think there is an opponent more highly rated than another. Johnny is as rated as Alvaro, who fought today in both the long and short races. I don't think so much about the championship but more about racing and race by race. Today I raced with cunning, without pushing too hard. I want to thank the team and the guys for their work, they were fantastic, I'm very happy ”.

When asked about the contact between Rea and Bautista, Toprak had this to say.

“I saw the video, but it seemed to me to be a normal race accident, because Johnny was trying to pass at Adelaide, in the same corner where I had tried to pass in the Superpole Race. It was an incredible duel, he tried to overtake Alvaro again in turn 13 but in this case I don't know where the mistake was. I don't think Rea wanted Bautista to crash, it was an accident ”.

On the question of the role of the two Italian riders Rinaldi and Bassani in Bautista’s quest for the world championship title, the Turk replied.

“I think Rinaldi and Bassani are two very strong riders and I am very happy to face them and I think they are important as a support to Bautista and I am happy with my race. I saw Rinaldi faster in turns 6 and 7, I attacked in those corners and passed him and I'm very happy. "

His last words were for the next track in Barcelona, ​​traditionally a Ducati and Kawasaki stronghold.

“Yes, we know that Barcelona is a difficult track for us, traditionally the Kawasakis and Ducatis have been very strong on this track. As always, I will try to do my best, without thinking about the world championship but being concentrated in every race ”.

Bautista: “Indonesia will be the most difficult race of all”