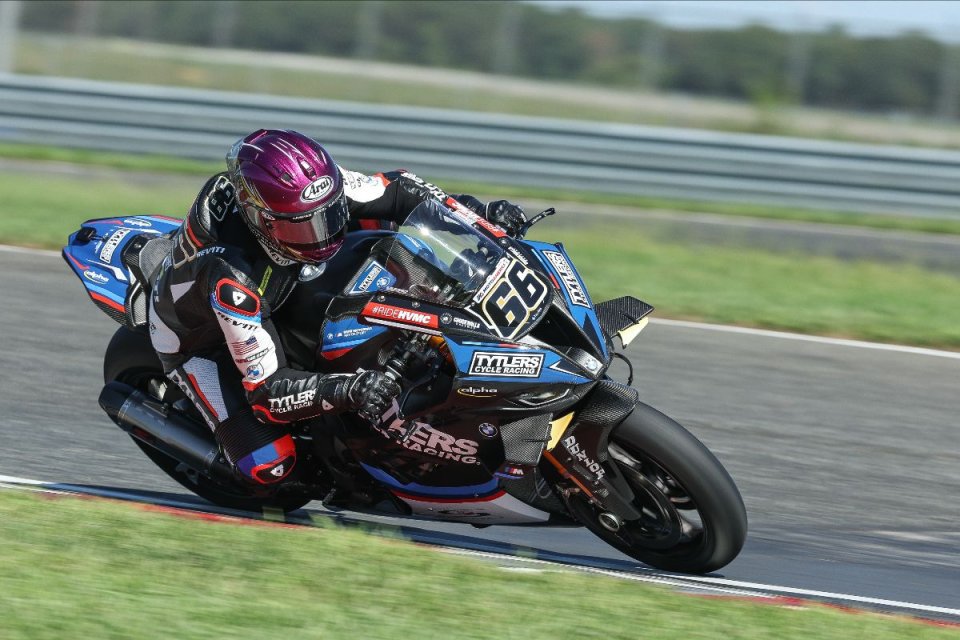 With five minutes left in Q1 at New Jersey Motorsports Park on Friday, the timesheets were back to normal in the MotoAmerica Medallia Superbike class with the top two in the championship – Fresh N Lean Progressive Yamaha Racing’s Jake Gagne and Warhorse HSBK Racing Ducati NYC’s Danilo Petrucci – moving up to first and second, respectively. Or so it seemed.

Prior to the five-minute mark, it was Tytlers Cycle Racing’s PJ Jacobsen with the fastest lap time. Then, with just five minutes left, Gagne and Petrucci threw in their fast laps and moved to the front. But then – with less than a minute to go in the session – Jacobsen showed that he means business this weekend and shot back to the top with his 1:20.365, which put him just half a second from Cameron Beaubier’s Superbike lap record at NJMP.

So, the provisional first row consists of Jacobsen, Gagne, Petrucci. Which means that this weekend on the most 'bombed-out' circuit of MotoAmerica, in terms of track surface, the Dakar ‘expert’ Petrucci feels at home, but the third cog in the wheel between him and Gagne, separated by just one point in the championship, will be Jacobsen and his BMW

“I think we’re putting in the work that we have to be,” Jacobsen said. “We’re on provisional pole right now and we’ll get the qualifying tires tomorrow. I think the lap times can be quite fast, maybe low 19s.”

Jacobsen’s teammate Hector Barbera ended the day in fourth, 0.491 of a second behind but ahead of Gagne’s teammate Cameron Petersen. Petersen is the last rider on the same second as Jacobsen. Westby Racing’s Mathew Scholtz completed the session in sixth.

Today at 4:25 pm the second session, broadcast in live streaming by subscription on MotoAmerica Live +. 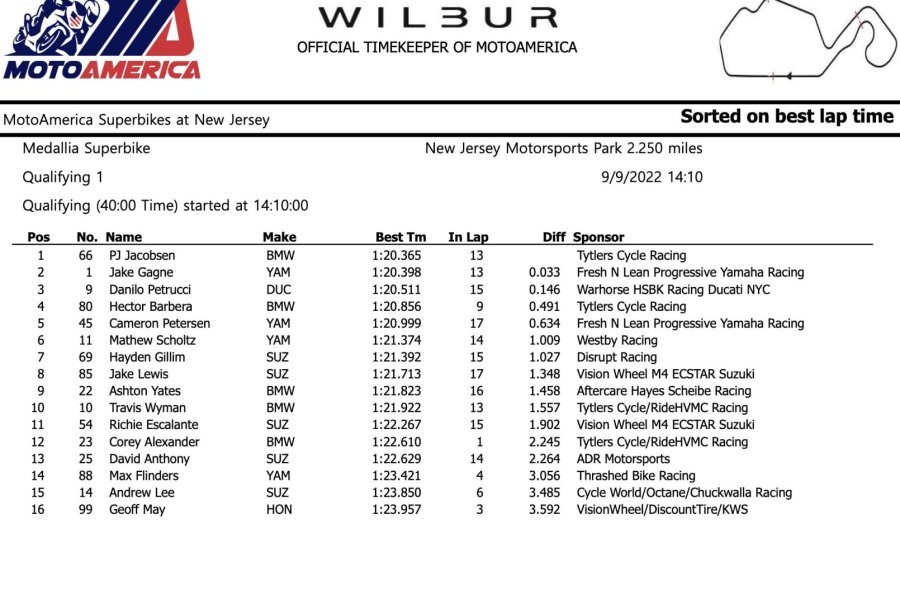