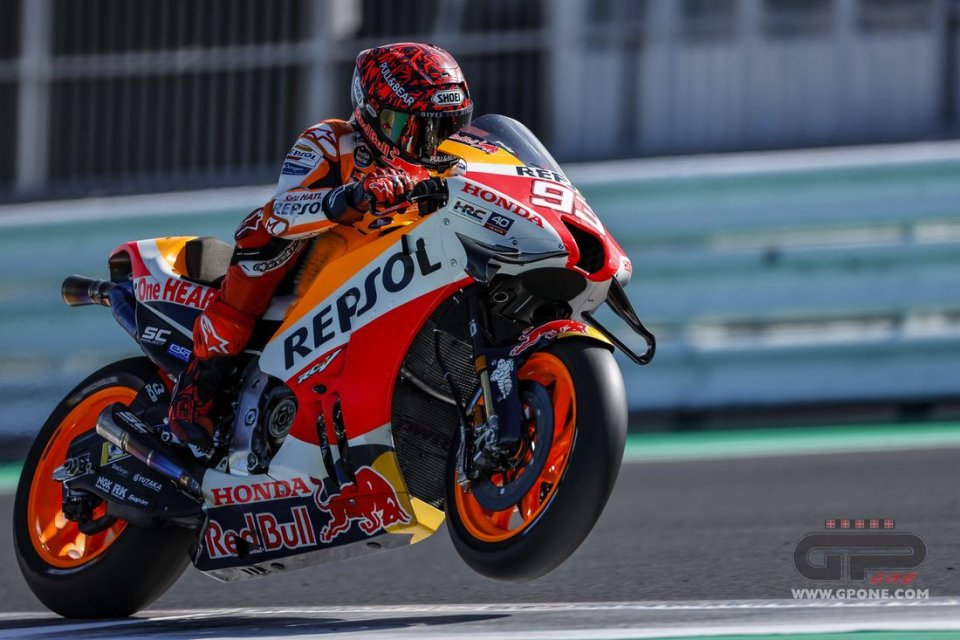 The Misano tests, two fundamental days to get a first glimpse of the year to come, but not only that, have now come and gone. In the pits and on the track there were some innovations in view of 2023, but also others that could come in handy for the final races of the season. Without forgetting the return of Marquez after 100 days, which eclipsed the technical aspects.

Let's take a more detailed look at what happened.

Yamaha: a shower of new things and horsepower 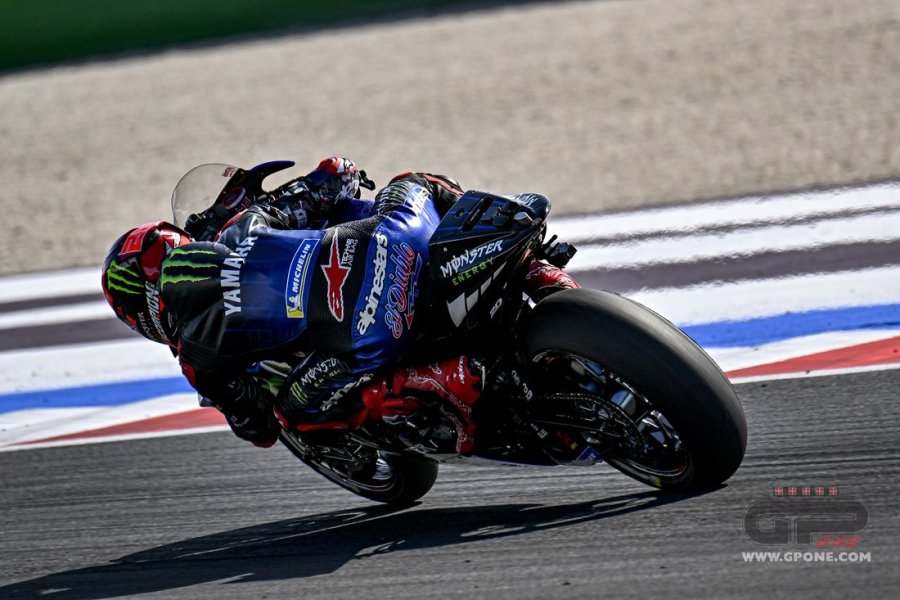 “It has been a long time since we had so many things to try” went the rumour outside the Yamaha pits on Wednesday night. The chassis, of course, but above all engine evolutions. Luca Marmorini, who the former Formula 1 engineer the Iwata manufacturer turned to, to solve its problems, was an attentive observer for the two days. The base of the inline 4 has not changed, but the moves made are what they needed.

At one point the name of Quartararo was second in the ranking of top speeds, either with a tow or not, but in any case it was an unprecedented result for the M1, although Misano is not exactly the sort of circuit where you break through the sound barrier on the straight. Fabio’s and Morbidelli’s smiles confirmed the impressions: the road is the right one and the horsepower has arrived. Suzuki had already shown that it can (at least) keep up with the V4s and now Yamaha has done it too.

This was the most important news, more than the lap time of the Frenchman under the record (the test classification can be found at the bottom of the article) because it is not very indicative on a track in a more than perfect condition after so many days. The only negative point was that Quartararo - as he himself pointed out - will clearly not be able to benefit from all this in the final fight against Bagnaia. 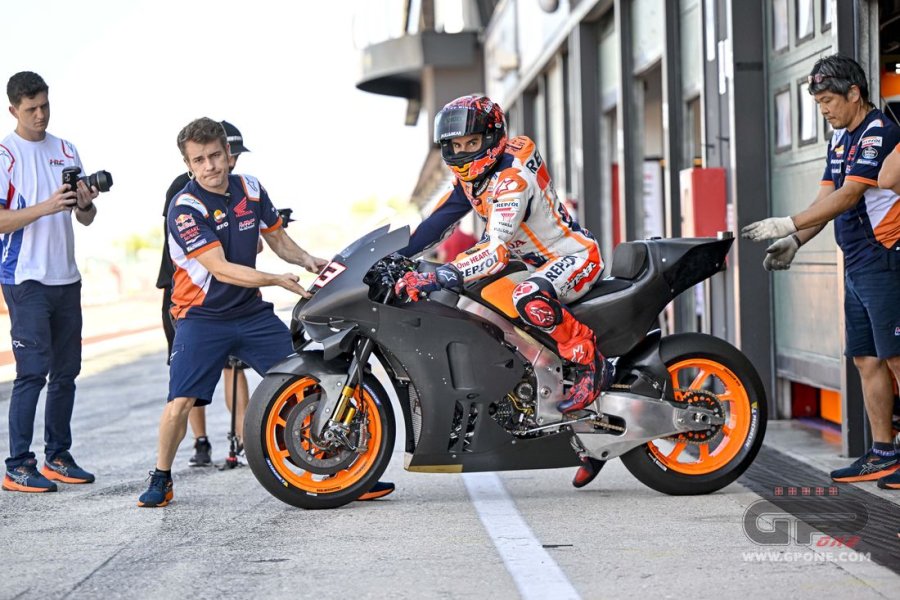 He hadn't ridden a MotoGP bike in 100 days, he'd been training in the gym for just two weeks and yet was the fastest Honda rider in the tests. Marc Marquez has once again proved that he is the saviour of the Tokyo manufacturer. He was 65 thousandths faster than Espargarò, one and a half tenths than Nakagami and two full tenths quicker than Alex. The fact that all of these are on their way out (with the only doubt about Takaaki) does not improve things.

That the RC213V has problems is obvious, but Marc's performance casts some doubts on who is riding it. Meanwhile, the Spaniard completed 100 laps in two days and is thinking of returning at Aragon.

From a technical point of view, there was some new stuff, but not at the usual HRC level. The new fairing (clearly inspired by Aprilia's, to be kind) seemed to have been prepared at the last minute, unfinished and full of duct tape, very different from what the Japanese engineers, who have always taken care of every detail as if it were intended for production, had accustomed us to. From the outside, it seems to be the symptom of that general confusion that Marquez was talking about in Austria. His return will serve to sound the alarm, also because the Valencia tests are just two months away and there, they will need a 2023 prototype that works.

Ducati and Aprilia work on the details, KTM awaiting the revolution 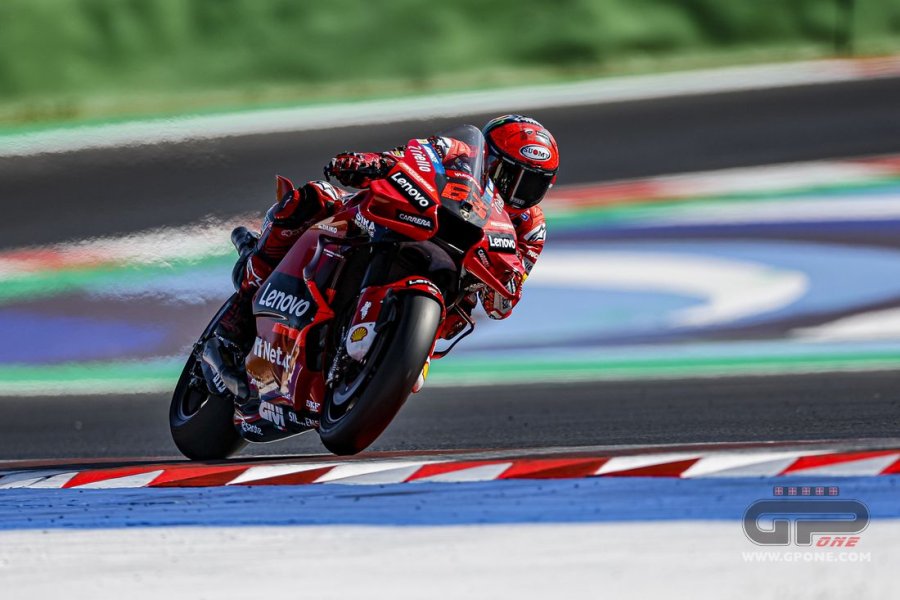 The two bikes in the best shape at the moment are Ducati and Aprilia, in fact their respective technicians did not use the tests to revolutionize their respective projects. Two chassis arrived from Borgo Panigale with the aim of making the Desmosedici more like the Yamaha in the corners (just like the Japanese technicians are trying to get closer to the Reds on the straight) and the first impressions were good.

A new frame also arrived from Noale, which Vinales liked so much that he already wanted to use it at Aragon. For the rest, lots of tests and data on which to think about the bike for next year.

And KTM? The impression is that we are witnessing the calm before the storm, positive of course. Pedrosa used a first prototype of the RC16 2023, including some engine upgrades. From the outside it was hard to understand anything, but the project certainly needs a good coat of paint to level up. 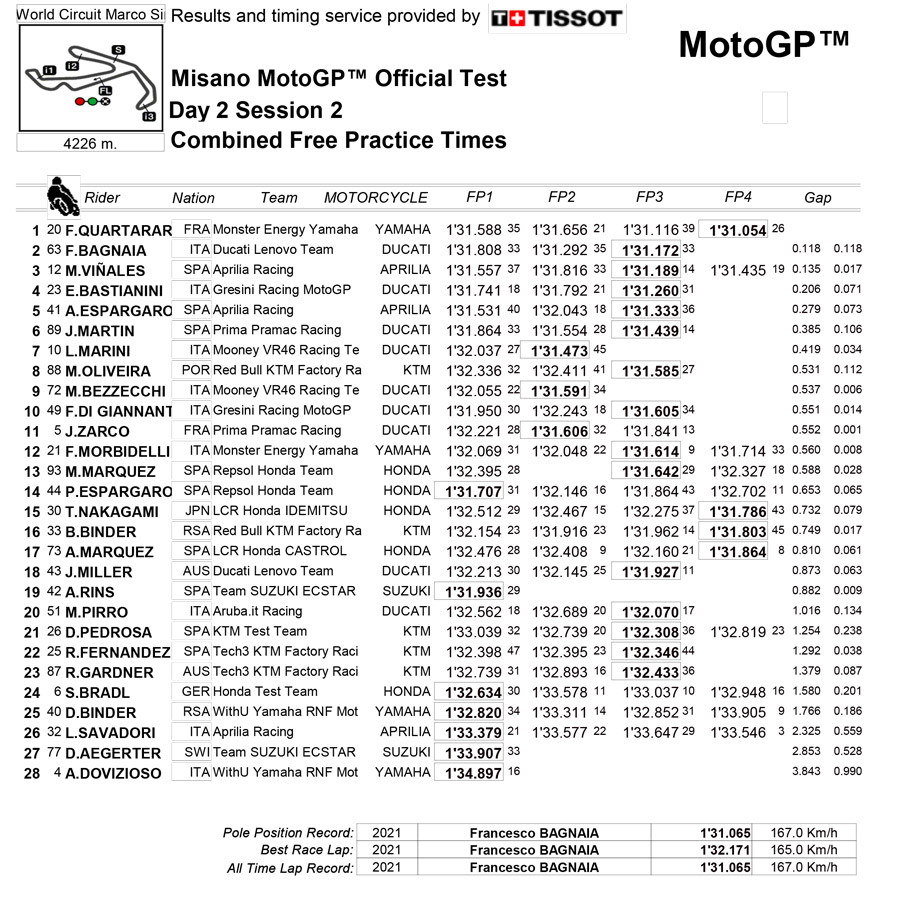