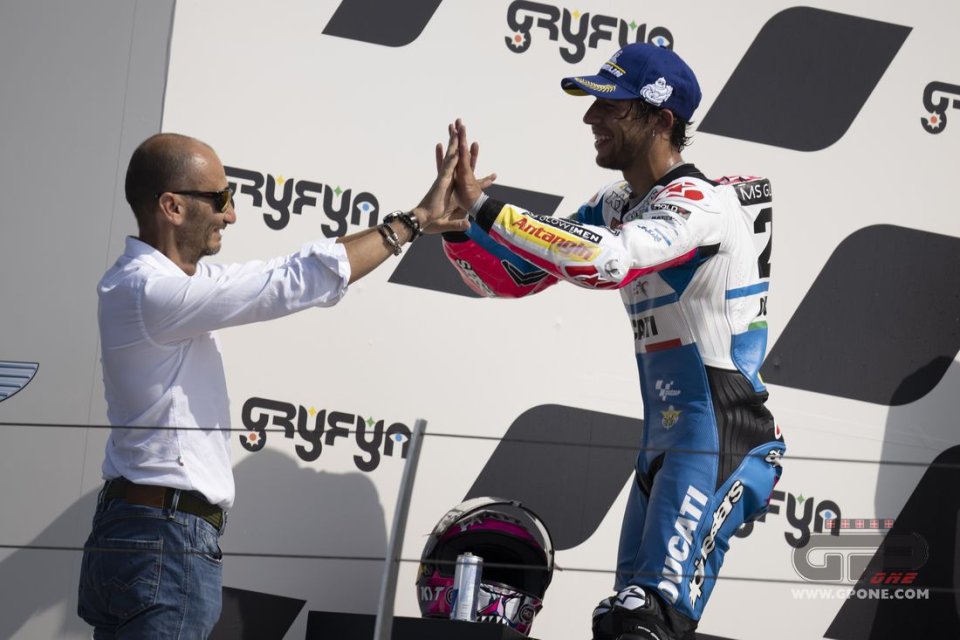 In amidst all the festivities for Ducati’s win on Sunday at Misano, there was also room for controversy. Claudio Domenicali, CEO of the Italian company, had in fact complained about Bastianini over his harsh move on Bagnaia under braking on the last lap: "he could have done without it" was the comment of the big boss.

During the Misano tests, Enea returned to the subject to the microphones of SKY TV.

“Ducati analysed the race and saw that I had a margin, the distance between me and Pecco was greater than what we saw on TV. They apologized for what they said and I think I did nothing wrong” explained the Gresini team rider.

The case is closed with all due respect to all concerned, also because that day should be remembered for other reasons.