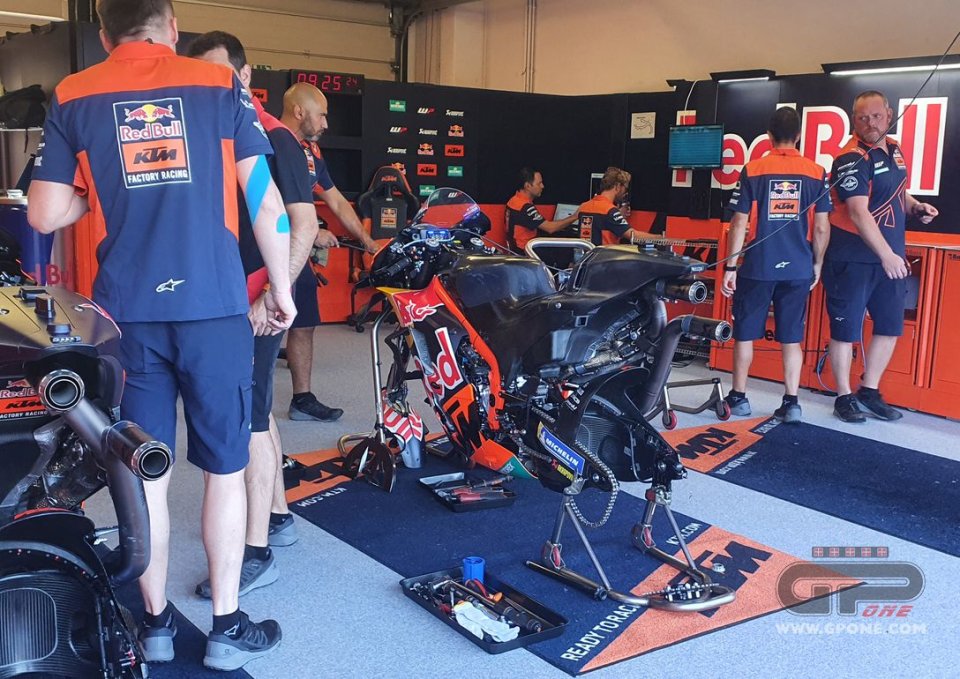 The garage dedicated to KTM test rider Dani Pedrosa in the Misano tests is quite crowded. Inside there are 3 bikes, but the one that attracts the most attention is in the centre. Tank and black tail give an important clue and in fact it is the first prototype of the RC16 in 2023 spec.

In Austria they are working hard and at Misano there is also the technical director Fabiano Sterlacchini, who is clearly keeping silent about everything.

The new bike has several new components, including a first evolution of the engine. As mentioned, Dani Pedrosa will do the first shakedown, and in these two days of testing he will have the time to get his first impressions and guide the engineers in their development work.