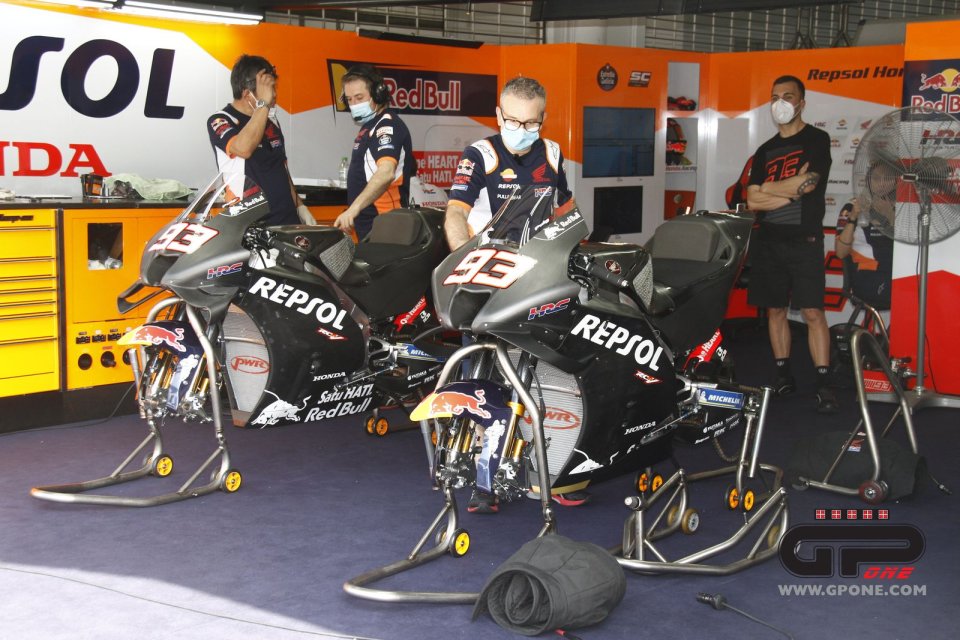 If Yamaha has identified its weakness in the engine and has turned to Engineer Luigi Marmiroli, formerly with Ferrari, Lamborghini, and founder of  Fly Studio, which first introduced the electronic-scientific calculation to support design, Honda instead has not yet identified its own weakness.

As Marc Marquez clearly said, the problem is broader: “We have to work all-around, also and above all on the speed with which the constructor reacts to the team's input. It's difficult to see the distance between Europe and Japan.”

A problem that European companies know too well, and one that they've been working on for years with external specialists for components. Ducati, for example, recently turned to Suter for the construction of aluminium frames, and no one was surprised.

Now it's Honda's turn and, according to Speedweek, they seem to have called in Kalex – dominator of the Moto2 World Championship for ten years – to  design and construct the RC213-V swingarm.

Alex Baumgärtel, head of Kalex, has been seen talking to  HRC manager Kokubu. Honda Racing Corporation has continued to test and use several carbon swingarms after 2018. Subsequently, KTM had these swingarms produced at KTM Technology in Salzburg. In addition to Honda, Ducati, KTM, and Aprilia also use carbon swingarms, while Yamaha only uses them sometimes, and Suzuki never. The swingarm can be considered one of the many “black magic” components of the racing world and one of the most tested. More rigid, less rigid, longer, shorter … riders often test lots of them, but the solution is rarely definitive, and it now seems like, during tomorrow's tests, Honda will be testing some by Kalex.

So far, the company founded by Klaus Hirsekorn and Alex Baumgärtel (hence the name “Kalex”) has never built an entire frame for the MotoGP, but they also collaborate with BMW in the Superbike World Championship. It’s likely that HRC test rider Stephan Bradl, who won the Moto2 World Championship in 2011 with a Kalex, helped create this union.

Will we see Kalex creations tomorrow in the Honda garage and, above all, will they be tested not only by Bradl but also by Marquez? We'll soon have the answer.