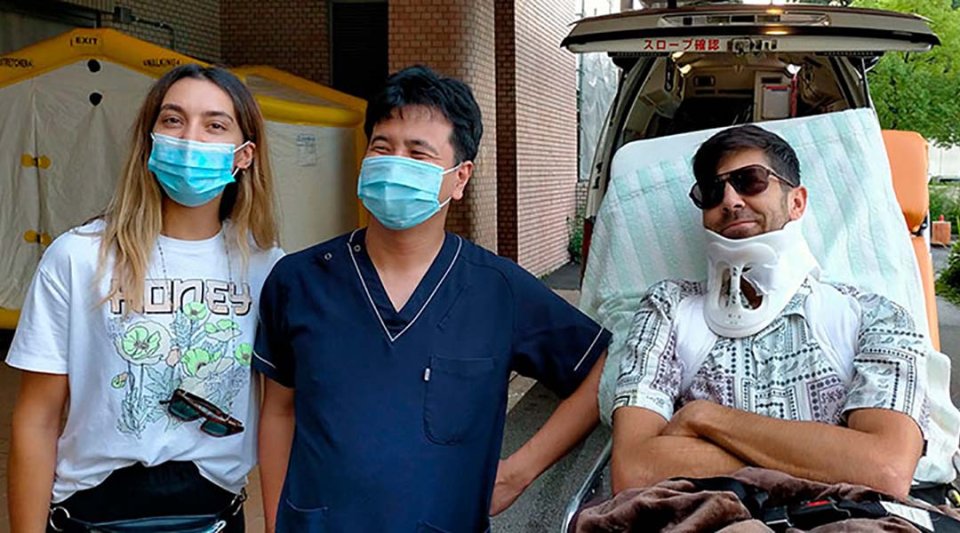 Excellent news for Gino Rea, the TSR Honda team rider is ready to return home after the nasty accident in the last free practice session of the Suzuka 8 Hours.

Gino left the university hospital in Mie, Japan this morning to complete his recovery. As you will recall, Rea was rushed there by helicopter after he suffered severe concussion in the crash as well as several fractures.

After the operation on August 6th, the first good news arrived on the 11th with the reduction of the brain swelling and on the 16th he was removed from assisted ventilation.

This morning, after a month of hospitalization in intensive care, Gino Rea left the hospital on a stretcher with his wife. This is the message sent by the family.

"It happened exactly a month ago. It was said that 48 hours would make the difference between life and death. However, he resisted with his strong body. And today, Monday, September 5th, in the early hours of the morning, he was transferred for a more effective rehabilitation at home. Gino Rea has recovered in an extraordinary way, exceeding the expectations of those around him. We are convinced that his personality and his strong will have led to today's result. Of course, from now on it will be difficult, but we want you to know about this new step. "