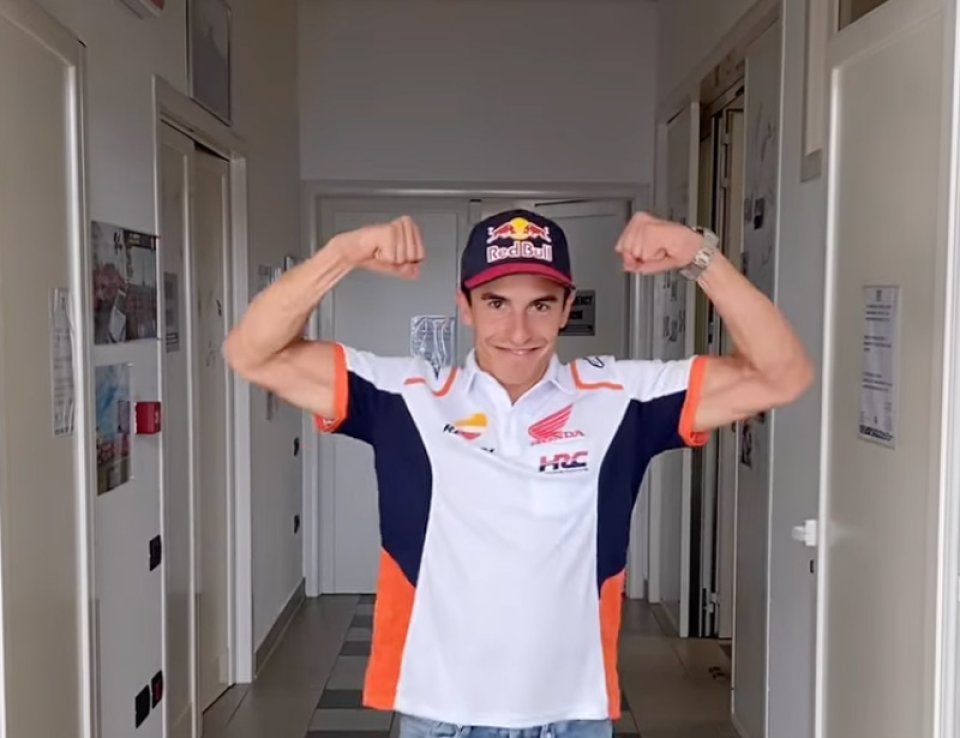 Marc Marquez leaves the medical center and flexes his muscles: “I’m fit! Now we have kilometers to cover,” he said smiling. In a video posted on his Instagram profile, the rider from Spain announced the good news to all his fans. They had already decided that he could participate in the tests scheduled at Misano on Tuesday and Wednesday, but he also needed the okay from the circuit doctors. Marc underwent a physical and passed it.

He had already put himself to the test on the CBR 600 RR at Aragon and was satisfied with the results. But riding a MotoGP will be a whole other story, like he said in Austria. Riding a MotoGP represents the final part of his physical recovery.

Not to mention that Honda is in desperate need of his input in order to guide development for next year’s bike, and the two days at Misano will be very important.