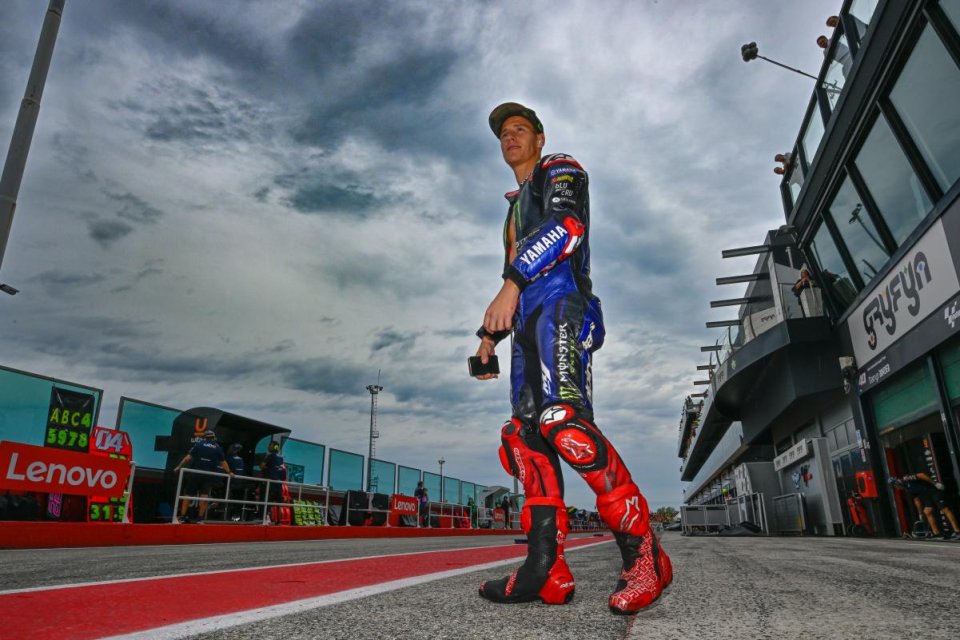 Misano wasn’t a very happy place for Fabio Quartararo. On the track where he celebrated the world title last year, he couldn’t help but bite the bullet this time. The rider from Spain closed the race in fifth place and saw his margin in the Championship drop to 30 points on the first of the chasers, namely Pecco Bagnaia.

The Yamaha rider resists at the top, but the threats are increasingly persistent, and he’s well aware of it.

“I really couldn’t do more than that,” he said. “Today I was on edge, and I’m really frustrated and angry, because I couldn’t give it my all. My pace was similar to free practice. It wasn’t normal, but it was still impossible to stay close to the top riders.”

Fabio then goes into detail.
“I was fine on the bike, and maybe I was more consistent than Pecco. In fact, I didn’t have problems with the bike. Among other things, I wasn't far from the Ducatis. The problem is that we weren’t performing well, and we ended up in fifth place, the power of the engine being one of the problems. That’s what happened.”

Motorland is waiting for El Diablo.
“Aragon will be tough, while we don’t know outside of Europe, since we haven’t raced for a long time. I hope we’ll have some great surprise.”

Meanwhile, Bagnaia continues to approach the top.
“He was really  good. I’m not worried, but calm. Besides the result, I think I had a positive race today. It wasn’t a great position. We were just slower. We have to wake up...”

For Fabio, the Misano GP was on the chase.
"It all depends on how you’re positioned on the line-up and how much you can overtake or not. Here in Misano, just to give you an example, I didn’t even try. I passed Aleix, but because he made a mistake and maybe he wasn’t quite right in terms of grip. I couldn’t do anything more.”

Then he talks about the two test days.
“The Ducati is fast. They've grown a lot, and we also saw what Bastianini did. We’re doing a good job, but it’s not enough. Today I was really on the edge. I had Marini in front of me today, but I couldn’t overtake him.”