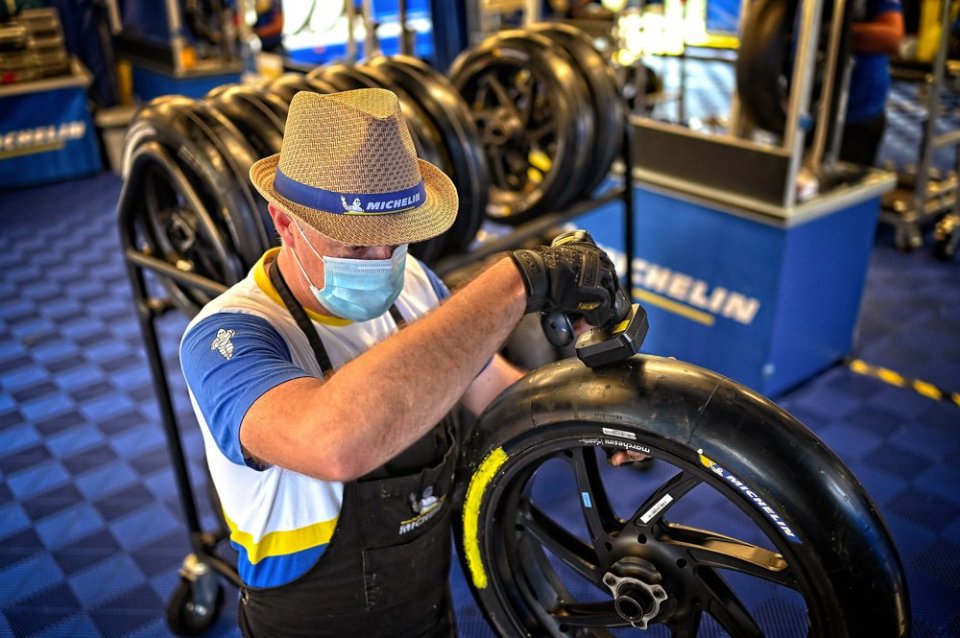 Green track surface in the morning sessions, with the associated reduced grip levels, and track temperature of 28° C
Conditions were better in the afternoon because the track was cleaner and the temperature had risen to 42° C

MotoGP:
The Soft front performed well in the morning due to its good grip and high levels of feedback. It had some movement in fast corners and under heavy braking, but the riders felt confident using it. The Medium front worked well on the more aggressive motorcycles, with good support, but less well on others.
The Medium rear was the unanimous choice because the level of grip was high, along with good consistency.

With higher track temperatures in FP2 the riders started with the Hard front/Medium rear combination. The tyres were up to temperature after one lap, and then offered good grip and feel, with the right levels of support/stability. As in the morning session, the Medium rear confirmed its good overall performance in terms of grip, feel and consistency.
The Medium front was not really working in these conditions today, and the Soft rear used in the FP2 time attack did not seem to offer much additional grip compared to the Medium.

The times were good, and the wear levels were what we would expect based on previous data obtained here in Misano.

MotoE:
The track was not completely dry in the morning, which gave mixed tyre performance due to conditions. However, the same tyres performed well in the afternoon during FP2 and Qualifying. They gave good warm-up performance, and grip that remained consistent throughout the sessions.