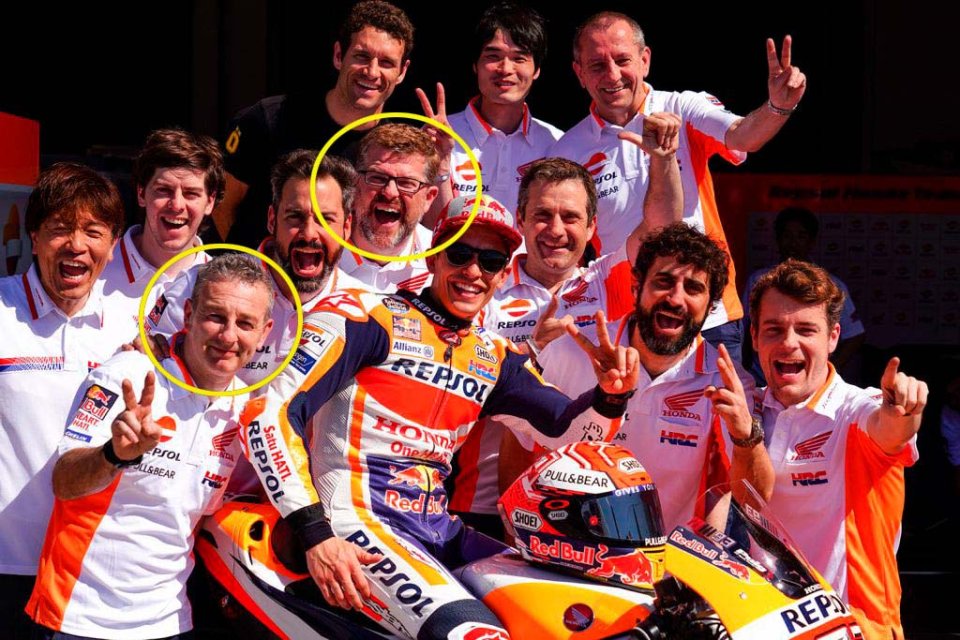 With the riders’ market (almost) over, the manufacturers are realizing that the technicians' market is just as important, as has been the case in F1 for years.

Today's news is the passage of Alberto Giribuola, known as ‘Pigiamino’ to KTM. Giribuola at the end of the season will in fact leave Ducati, where he has worked for 14 years, to move to the Mattighofen manufacturer, where he will take on the role of technical coordinator.

The pool of technicians formed by Gigi Dall’Igna, a true force in the field of Ducati innovation, is under attack. In fact, it seems that Christian Pupulin, currently Jack Miller's track engineer, might also follow the Australian rider, who will be alongside Brad Binder in Austria next year.

KTM is doing a lot of shopping in the Borgo Panigale supermarket since also at the beginning of the year it signed the team manager of Ducati Pramac, Francesco Guidotti, and the year before it had hired Fabiano Sterlacchini, who however had already left the Bologna manufacturer, as technical director.

Aprilia is also following the same path, even if the CEO Massimo Rivola, a former Ferrari man, has turned his gaze to four wheels by hiring Marco De Luca, who has been responsible for the vehicle since July 2019. De Luca, with 13 years of experience in Ferrari as head of aerodynamics, had also had experiences in Lamborghini, AMG and McLaren.

Nothing new under the sun, however. Carlo Luzzi (top in the cover photo), in 2008 and 2009 alongside Jorge Lorenzo in Yamaha from 2010, joined the Repsol Honda team when first Andrea Dovizioso and then Casey Stoner were there. Now he works closely with Santi Hernández, Marquez's crew chief since 2011 to find the best balance of the electronic set-up of the eight-time world champion.

However, Ducati has the unenviable distinction of having suffered more poaching of technicians over the years, starting with even the most experienced mechanics. This is the case of the Italian Roberto Clerici, aka 'Ginetto' (below in the cover photo ... everyone has a nickname here!), who joined Casey Stoner at Repsol Honda in 2011, after working with the Australian in Ducati. Now he has worked with Márquez since his debut season in the premier class.

Gigi Dall'Igna: "Losing the best engineers is the price to pay"

Marc wants to create a community that unites all of his fans: "I need to have them close in this very important year"
5 hours 28 min ago

After the last two years spent in MotoAmerica, next season Hector Barbera will return to racing in British Superbike with TAG Racing Honda
2 days 12 hours ago

The first of four episodes will be available starting January 27th, while the final episode will be released on February 7th. For now, it’ll only be...
1 week 6 hours ago