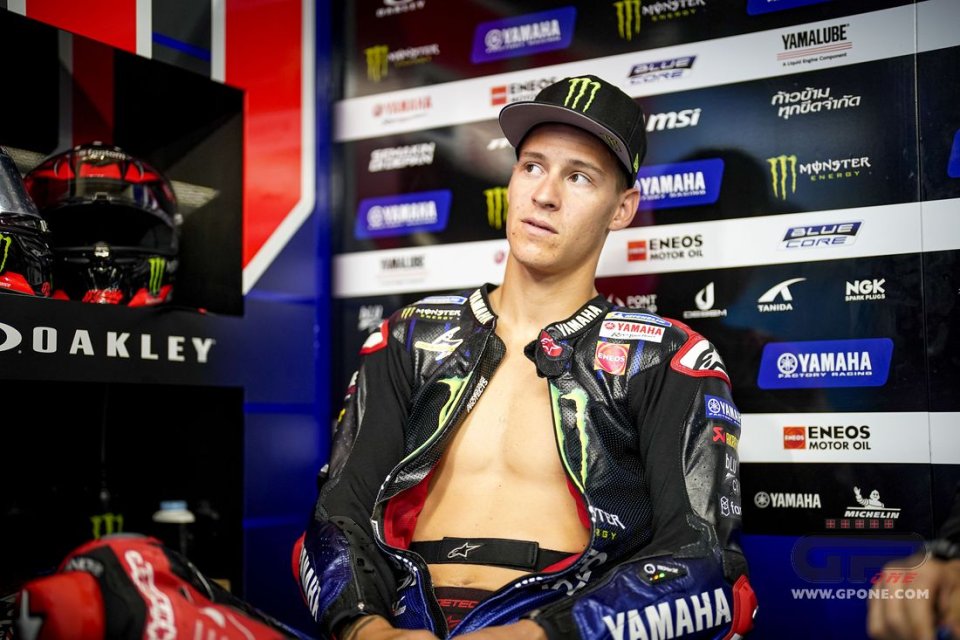 Fabio Quartararo performed a small miracle in Austria by reaching a second place on a Ducati-friendly track. But his work isn't yet finished because another week awaits him in the lion’s den. Misano is different than the Red Bull Ring. The Yamaha doesn’t start at a disadvantage, but Misano is Ducati’s and Aprilia’s track, as well as that of many Italian riders, especially Bagnaia.

At the moment, the French rider has to keep an eye on the ranking, where he’s in command with 32 points ahead of Aleix Espargarò and 44 on Pecco, but there are still 7 races left, and anything could happen.

“The race in Austria was very tough but rewarding,” Quartararo recalls. “The second place was great for the championship, because we left one of our most challenging circuits with a vaster advantage. I’m happy to race at Misano this weekend.”

What happened there last year is unforgettable for him.

“Of course, I still have a great memory of the title victory here last year, but we have to focus on this year’s championship,” he stressed. “We’re starting the last third of the season, which is always difficult, so we have to concentrate and work hard. I practically trained non stop to make sure I was in top condition. I know that my team is also working hard, so I think we can achieve a good result again.”

The San Marino GP will also be an important event for Franco Morbidelli, committed to returning to the top.

“After improving my speed at the Spielberg, I can’t wait to continue working in this direction, continue to progress this week and next,” he stated. “The San Marino GP is my home race and, in a sense, also that of the team, so this adds an extra thrill to the event. I really like Misano, it’s a good track, and I can'’t wait to do a lot of laps this race weekend and also during the tests.”