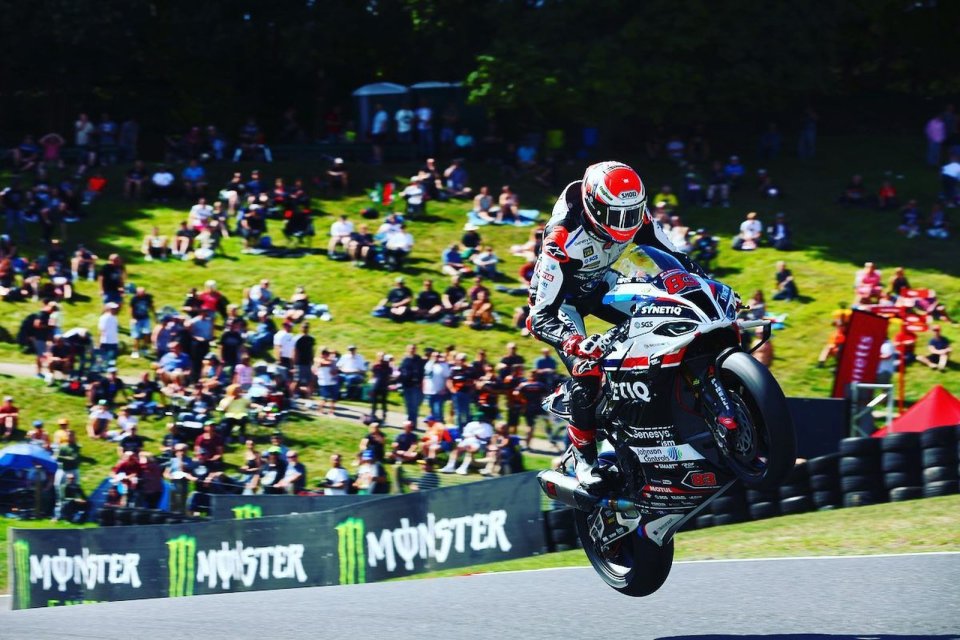 In the British Superbike Summer Bank Holiday Weekend at Cadwell Park there is also room for pleasant surprises. In front of a massive crowd, after a long and unsuccessful year, Danny Buchan finally took BMW back to success in Race 2 at the spectacular Lincolnshire circuit. Scoring his fifth career win, the first of this season, the "gentle giant" from Essex got the better of a returning Bradley Ray in a race interrupted one lap from the end due to a crash (fortunately without consequences) for Josh Brookes at the Mountain.

The return of Buchan and BMW

At the same place where he got on the top step of the podium with Kawasaki in 2019, Danny Buchan certainly did not have an easy life in Race 2 thanks to the uncomfortable presence behind him of Bradley Ray (Rich Energy OMG Racing Yamaha) in the second part. Buchan, however, didn’t make the slightest mistake, remaining firmly in control until the red flag came out, which allowed him to give BMW and the SYNETIQ by TAS team the first satisfaction of the year, the first since a double win at Knockhill in 2021.

Yesterday's winner, Bradley Ray was forced to settle for second place. While waiting for Race 3 (the start scheduled at 17:30 Italian time), the 20 points obtained in Race 2 in comeback allowed him to earn further Podium Credits in view of the Showdown and to reach the top of the Regular Season ranking on a par on 352 points with brand mate Jason O'Halloran, who inexplicably collapsed into eighth place in the last laps behind a convincing Leon Haslam (4th), Rory Skinner and the BMWs of Andrew Irwin and Peter Hickman.

Ducati on the podium

Although still without a win, the usual Tommy Bridewell (Oxford Products Racing MotoRapido) took Ducati to the podium for the fourth time this season, the Panigale V4-R bike benefitting from a new swingarm and a 250-lap bonus granted by the regulations. Tom Sykes was on the side-lines of the top-10 while, as mentioned, Josh Brookes crashed in the Mountain section, resulting in the interruption of the race with the classification defined on the basis of the last sector completed by all the riders. 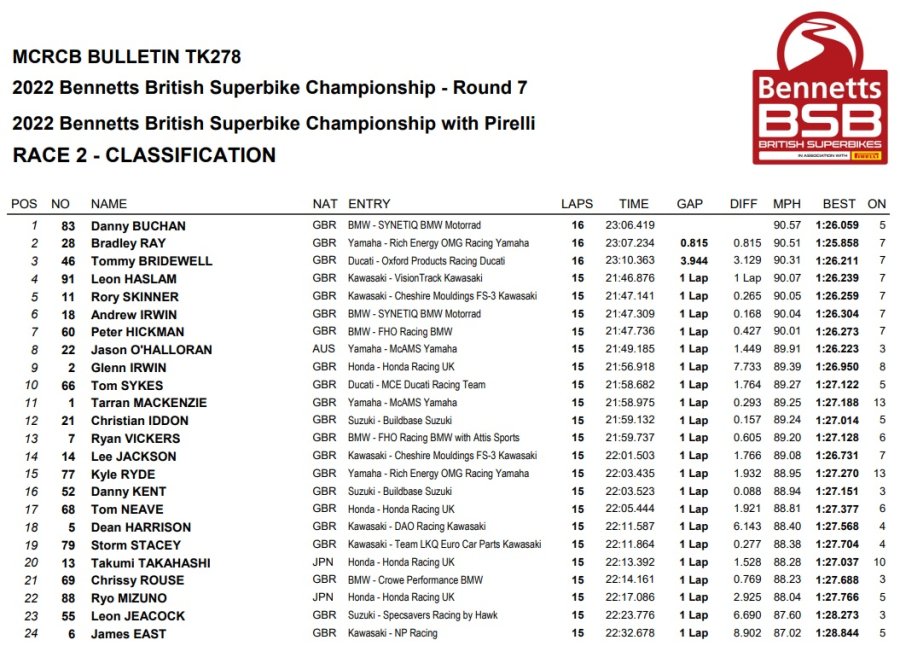