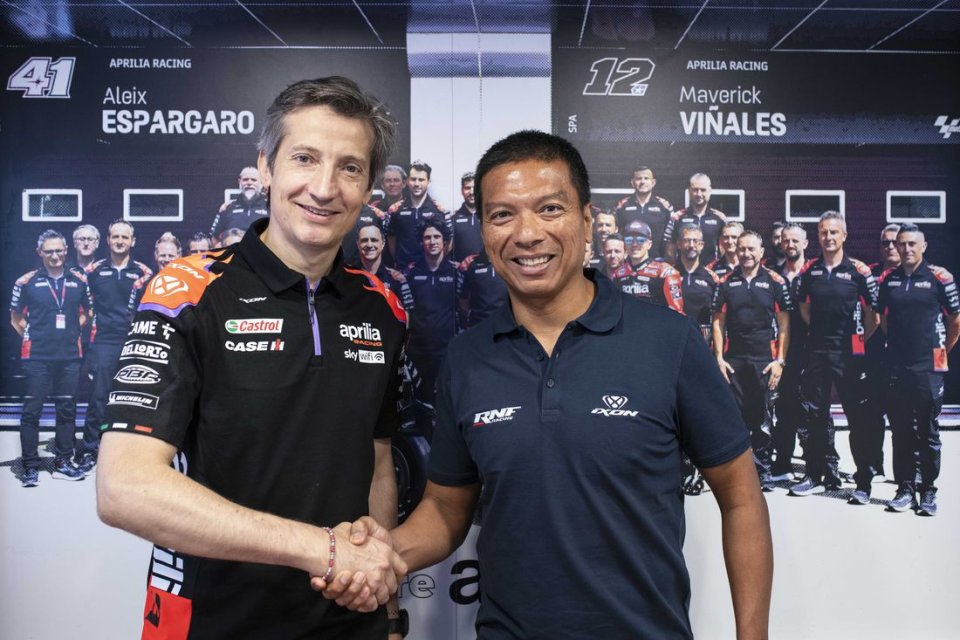 Tomorrow will be the big day, the one in which Aprilia and the RNF team will announce their riders for next season. For a few weeks it was known that there would be an official communication before the Misano Grand Prix and everything is proceeding according to plan.

At the end of last May the Noale manufacturer formalized the agreement with the Malaysian team and from then the hunt for riders began.

It is certainly no secret who they will be Miguel Oliveira, who after having rejected a new offer from KTM to race with the colours of GasGas, will be the first. Raul Fernandez, also coming from the Austrian manufacturer, the second.

An interesting line-up, with the Portuguese riders who has already shown that he knows how to win in MotoGP and the very young and talented Spaniard, whose debut season in the premier class has been lacking in satisfaction and points.

Bagnaia (P9): "Tomorrow maybe not the right day to talk about team orders...