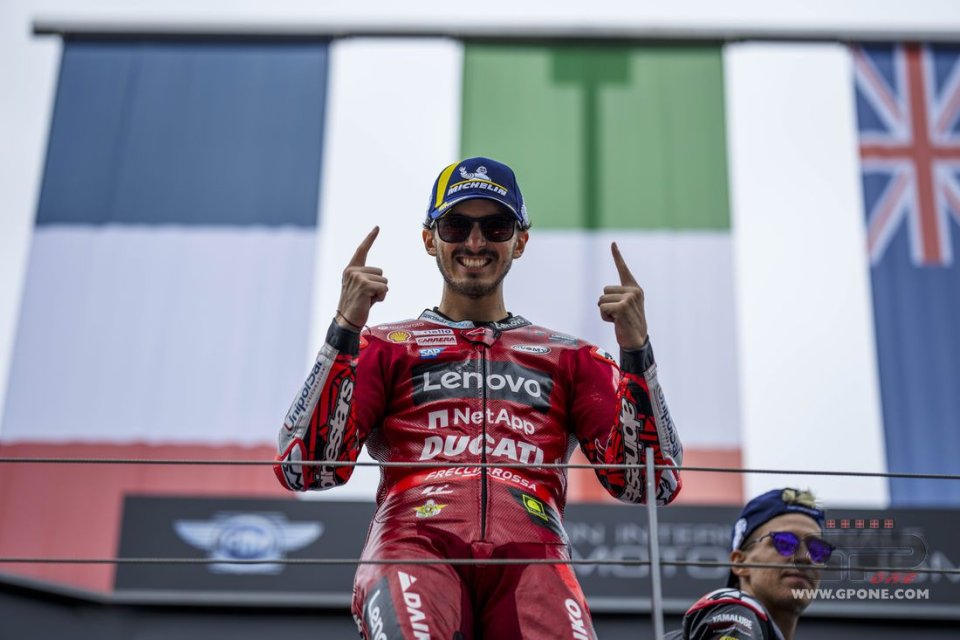 It took Bagnaia a while to break the ice in the MotoGP. He had to wait almost 3 years before enjoying the taste of his first victory in the premier class, at Aragon last season. From that moment on, however, he never stopped.

In the past 19 Grands Prix he’s taken part in, Pecco has won 9, the last one a few days ago at the Red Bull Ring. In Austria, with a hat-trick he had never managed before in his career. The only rider to do so before him in Ducati was Casey Stoner when, in 2008, he finished first in the Silverstone, Brno, and the Sachsenring GPs.

Looking at the World Championship statistics, there have been only 5 riders in the MotoGP who managed a hat trick before Bagnaia, all with very important names: Valentino Rossi, Casey Stoner, Dani Pedrosa, Jorge Lorenzo, and Marc Marquez. And now Bagnaia, 6th in the entire history of the category, is part of this select club.

Now, one of Pecco’s favorite tracks, Misano, is just over a week away, and he could end up putting another record under his belt.

Marquez on the controversy of 2015: "I would behave in the same way with...

This is the last act: the Suzuki Racing website closes. It is unclear why Suzuki does not want to turn it into a page commemorating the many...
22 hours 18 min ago

THE 2023 CALENDAR MotoAmerica, the American series, will have to do without Danilo Petrucci this year, who has decided to continue his career in...
2 days 14 hours ago

THE 2023 CALENDAR The Suzuka 8 Hours, valid for the FIM World Endurance Championship, will take place in 2023 one week later than originally planned...
3 days 23 hours ago