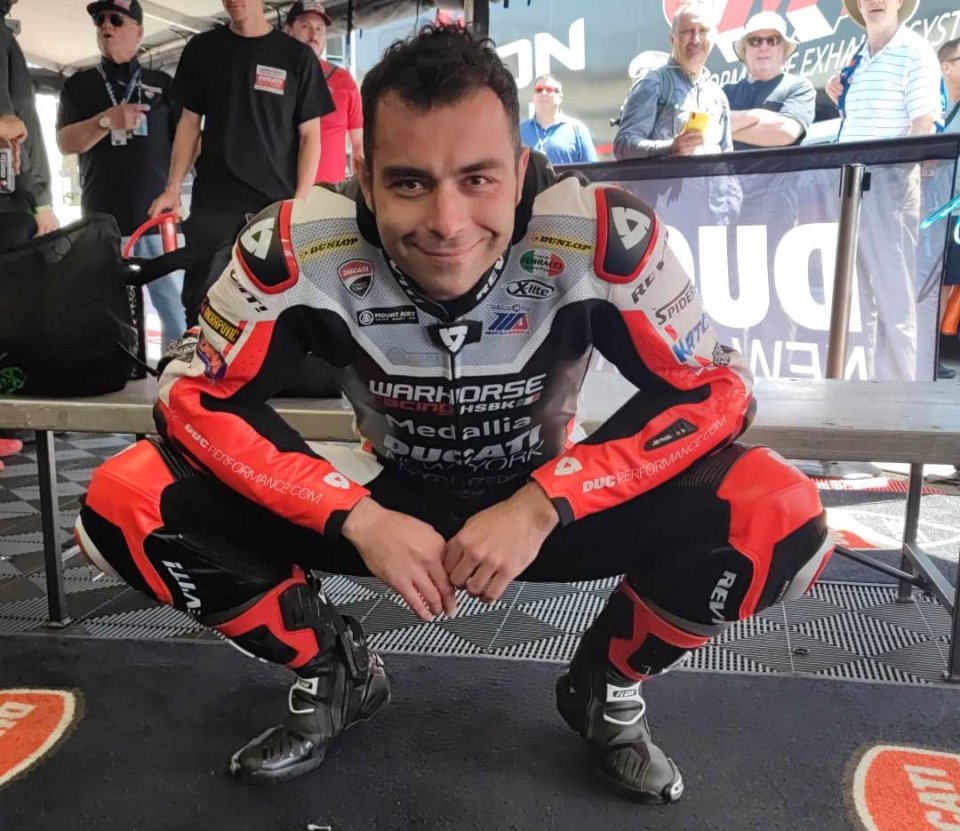 The news of Joan's forced withdrawal from racing in Misano due to the accident in Austria came yesterday, and today the name of his possible replacement was mentioned: it is Danilo Petrucci. It was Livio Suppo himself who sought out the rider from Terni, but he has not yet cleared his reservations. Hamamatsu's official tester, Sylvain Guintoli, is in fact still convalescent himself, and who better than the rider who has shown great adaptability by moving from MotoGP to Superbike with an interlude at Dakar to ride the Japanese inline-four?

After all, Petrux wears the words 'Handyman', on his helmet, and that is also why Americans have loved him from the start, even though he is still fighting to snatch the Superbike title from Jake Gagne in the MotoAmerica championship.

Upon hearing the news, Ducati has been reluctant: they fear that the MotoGP commitment will distract ours from trying to win in the U.S. Danilo's goal, as is well known, however, is to land in the Superbike world championship, where for the moment there is no place for him in the official Aruba team.

At only 31 years old, Danilo Petrucci is still young and, like the riders of the past loves to experiment. We will know more in the coming days.

Three laps in Eddie Lawson's skin during the Misano GP