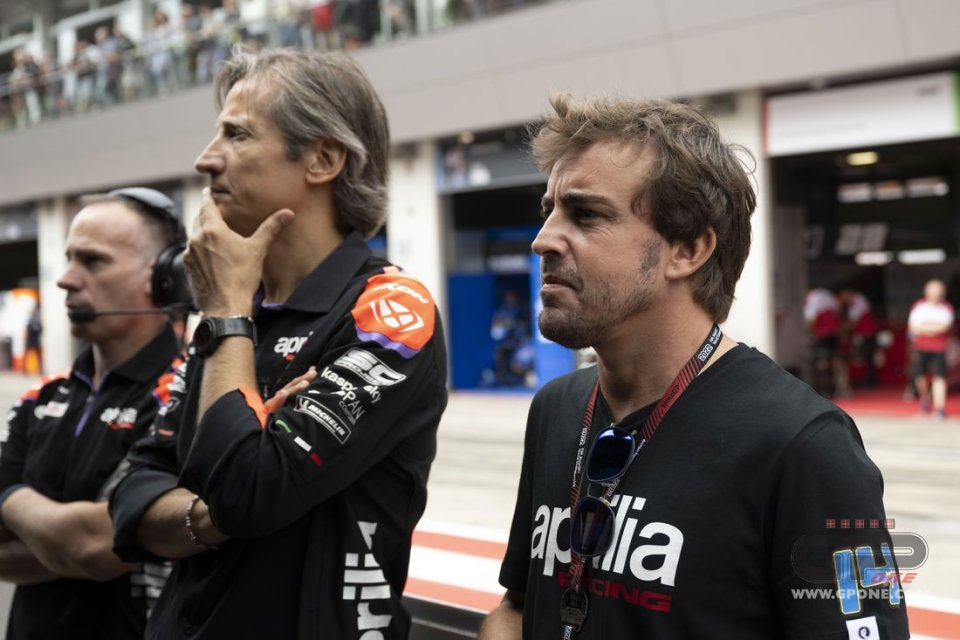 There was a very special guest in Aprilia's garage at the Red Bull Ring: Fernando Alonso. The Spanish champion is a great friend of Massimo Rivola’s, since the days of Minardi. And he was also dressed up like the perfect fan, wearing an Aprilia t-shirt.

Alonso enjoyed the Austrian Grand Prix and, in an interview with AS, he expressed his opinion on the three-way battle that characterizes the MotoGP World Championship.

“Fabio Quartararo now has this small advantage that, if he knows how to play it well, might allow him to get a step ahead of the rest,” he explained. “Bagnaia might have the bike that will win many races and that can be a bit scary. Aleix is the one who normally makes the least mistakes and is the most consistent. Whoever wins among the three will have earned it.”

But Fernando is waiting the return of another rider: Marquez.

“I’m Marc’s number one fan,” he revealed. “Many people, not only me, watch the races thanks to him, to see what he can do. Things that are unimaginable many times. So, during this time when he’s not on the track, it’s not that he’s lost interest, but he followed motorcycle weekends differently, and I’m counting the days waiting for when he’ll be back. And, above all, that he’s back one hundred percent, which is the most important thing. We want to see him get better. Can he win again? A hundred percent.”