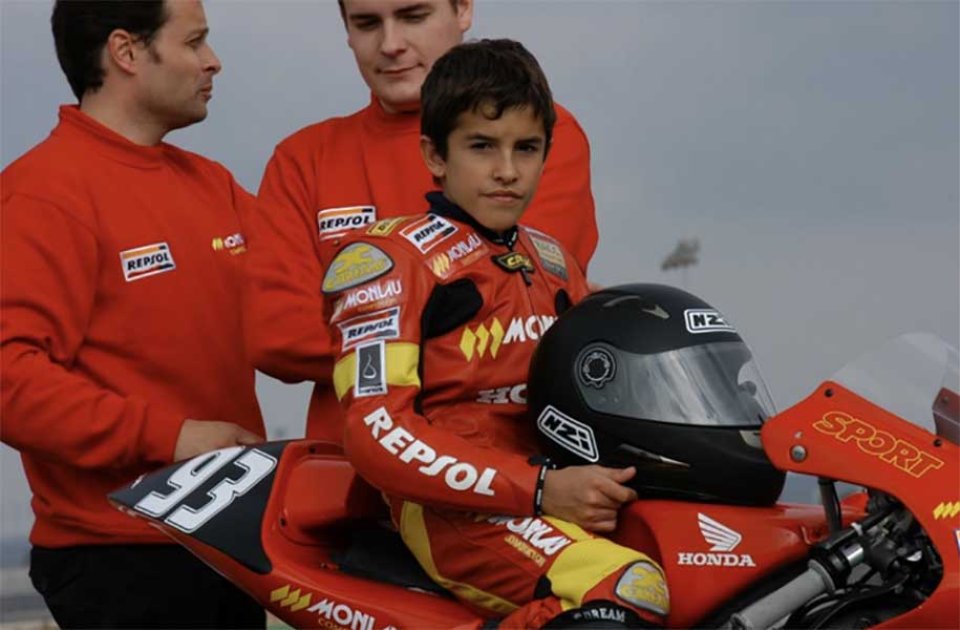 Marc Marquez's new manager will likely be Jaime “Jimmy” Martinez, who now works in Madrid, Spain for Red Bull as Head of Motorsports Marketing, as was written Speedweek. The 34-year-old was in Spielberg on Thursday and Friday, before returning to Spain with Marc Marquez.

He will start working with the 8-time World Champion next month.

It is unknown what intentions Emilio Alzamora – who has managed Marc since the beginning of his career –  has. Alzamora, who won the 125cc World Championship in 1999, beating Marco Melandri (but without winning a Grand Prix), has spent years managing the Junior Academy in Monlau. As CEO, Alzamora also directed the "Monlau Repsol Technical School", which has trained young mechanics and engineers for top-level motorcycle and race car teams since 2012. Sixty percent of its graduates have successfully entered the workforce. More than 100 former students now work at the highest level in the MotoGP World Championship or in Formula 1. In 2015, 238 students attended first and second level courses, and 30 students were already completing masters courses.

In 2020, Alzamora even negotiated a four-year contract for Marc with HRC until the end of 2024, and there's talk of an annual compensation of approximately 15 million Euros.

Martinez, a.k.a. Jimmy, was born in 1988 into a family of Catalan entrepreneurs and is the great-grandson of Francesc Recasens i Mercadé, founder of CEPSA and Banco Exterior de España.

Jimmy’s affinity for sports began at an early age. Spending summers and most weekends at Lake San Juan (Madrid) allowed him to start practicing water skiing and motorcycle racing at the age of 3. Growing up, he began to compete wtih speed bikes, competing in several amateur races.

Wakeboarding came into his life after an accident in 2003, while he was training at the Albacete speedway in Spain. It was then, while studying Business Administration at the UNED University, that his passion turned to water sports. In the years that followed, he won 4 National Championships and qualified in the TOP 10 in Europe and in the TOP 15 at the World Championships.

In 2011, during a sponsorship negotiation for his wakeboard career with Red Bull, he was offered to work in the company, managing athlete portfolios and, a couple of years later, he took on the role as Head of Motorsports Marketing, managing all motorsport athletes and events with his team.