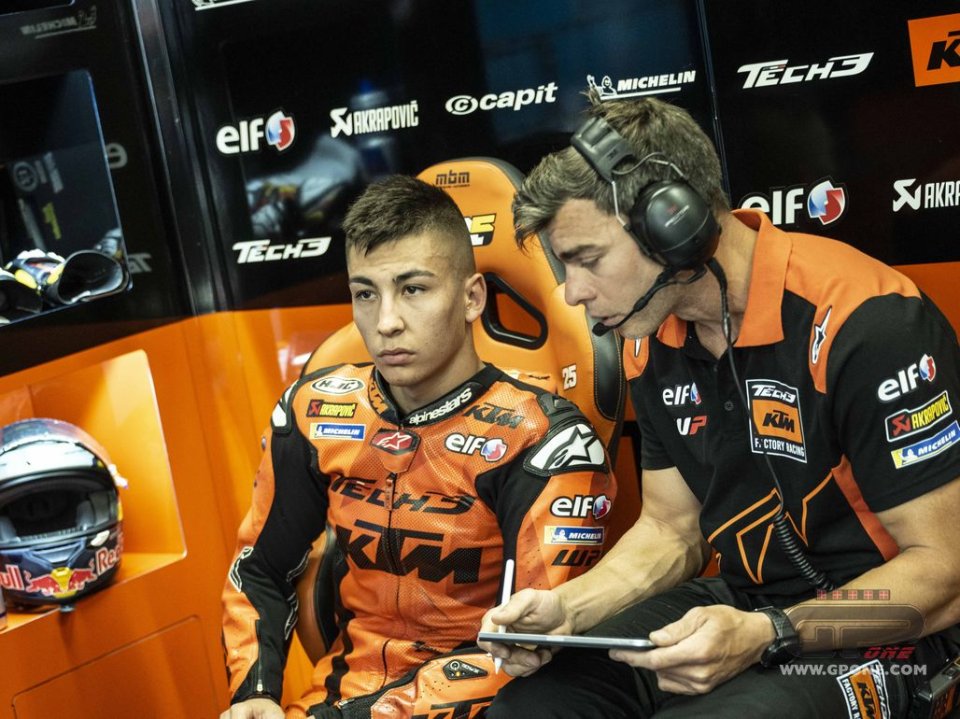 Raul Fernandez’s and KTM’s relationship has not always been sunshine and rainbows. However, in recent months, “separated under one roof” seems the phrase that fits best.  At the end of last season, the Spanish rider didn't hide the fact that he wasn’t at all happy to move to the MotoGP in 2022, on the Tech3 team, and now he seems eager to leave.

There could be a place on Razali's RNF team with an Aprilia waiting for him. The problem is that KTM has the upper hand and, to free Fernandez, they want money … and a lot of it.

Stefan Pierer, CEO of Pierer Mobility, spoke about it with Speedweek. It’s certain by now that Tech3 will be racing with the GasGas brand next year and with Pol Espargarò and Remy Gardner as riders. But, what about Raul?

"We really tried with Raul but, humanly, the atmosphere is a disaster. He disappointed us,! Pierer  explained. "We did everything for him, even taking on his brother in the Moto3. We expected much more from him, but certain disappointments are part of the sport."

Yet KTM isn’t letting the Spanish rider get off scot free. If he wants to leave, he has to pay up, and rumors have it that the sum is close to 1 million Euros.

"I don't know the figure," sthe manager said. "I just told Pit Beirer that a certain amount had to be paid, like what happens in soccer. We invested a lot of money in Fernandez. We took him from the Rookies Cup up to the MotoGP. But, this year, he didn’t achieve any results."

In the past, they had found a solution with Martin, and also with Oliveira, but not with Raul.

"If someone deals with us in a reasonable way, you always find one. But if someone appears complacent and boastful and presumptuous, that’s not enough," Pierer concluded with a last jab.

Only one rookie in 2023, Augusto Fernandez: 43 days to go before Sepang testing!