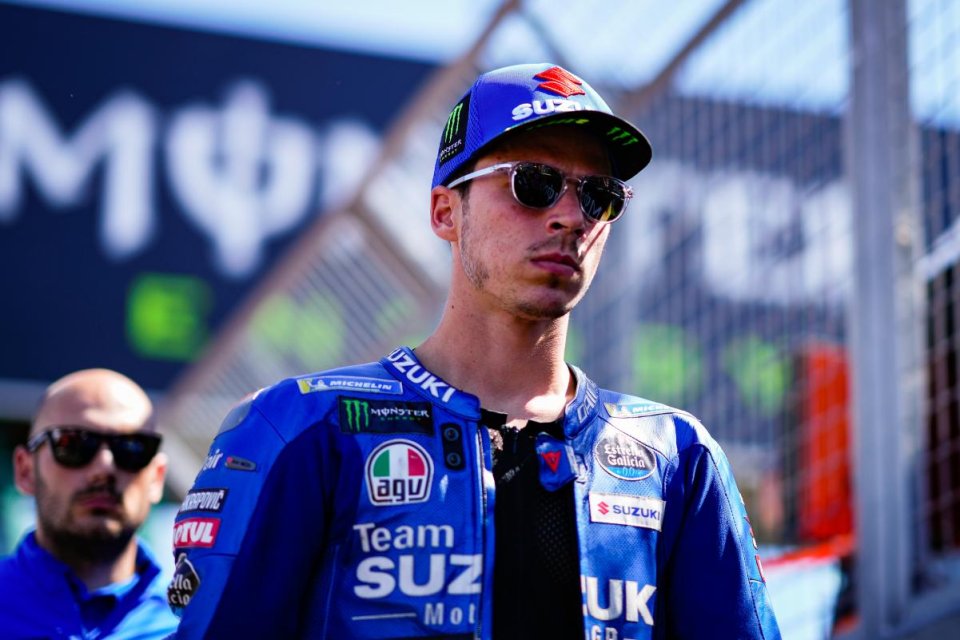 Between the track and the market, just like that. Joan Mir is one of those riders who is still waiting to know what he will officially do next year. Despite all the indications that put him on a Honda, the Spaniard is desperate to make his plans known.

However, a little more patience is required, because first he will have to tackle the Red Bull Ring exam, where in Austria the Suzuki rider is called upon to reverse the trend.

"I have not yet seen the new chicane live, but only in photos - the Spaniard began - the first impression is that the track has become less fun than before, since there was an interesting change of direction. But I know that that curve was dangerous and I think it was the right thing to do on the safety front. "

Joan then went into detail about the change made.

“It will be the first left corner after many right turns, so you need to be careful on the first lap. I don't think this will be an advantage for some bikes rather than others. As I said, it was a change to be made for safety, given that we all remember well what happened in 2020. We will see what the situation will be ”.

Among the topics we also talk about Aprilia, about which there is a lot of anticipation this weekend.

"Aprilia has done a great job, especially in terms of aerodynamics. They have a lot of grip and know how to use it, especially in the middle of the corner. I think an important step has been taken in the development of the RS-GP ”.

Attention then returns to Suzuki and the moment that Mir is going through.

“I'm always looking for a good result. Unfortunately, the current situation is not easy and I am not having fun on the bike, as we are going through a complicated moment. If we managed to get a good result, everything would fall into place ”.

He also talked about the future, in particular that of the technicians.

“Nobody knows about their future. The mechanics and engineers would obviously like to have more information, but the situation is certainly not easy ”.

Joan's is however a bit clearer.

“We are really close, closer than yesterday, that’s the good title! And I think we will soon have news about it. I don’t want to destroy an existing team. This is something I don’t want, but it’s important at the place I will be what they want to do first with the guys that are there and try to understand if some people from Suzuki can come because they don’t have jobs. So, it’s not that I want to take my team to another place because there is people already there. We are trying to understand these things but it’s not easy, this situation.”

Honda is waiting for him, but Mir is thinking only of Suzuki.

"This year I have to think only of Suzuki and conclude 2022 in the best possible way. Talking about 2023 and the new bike only risks creating further confusion and personally I don't want such a situation to occur ”.