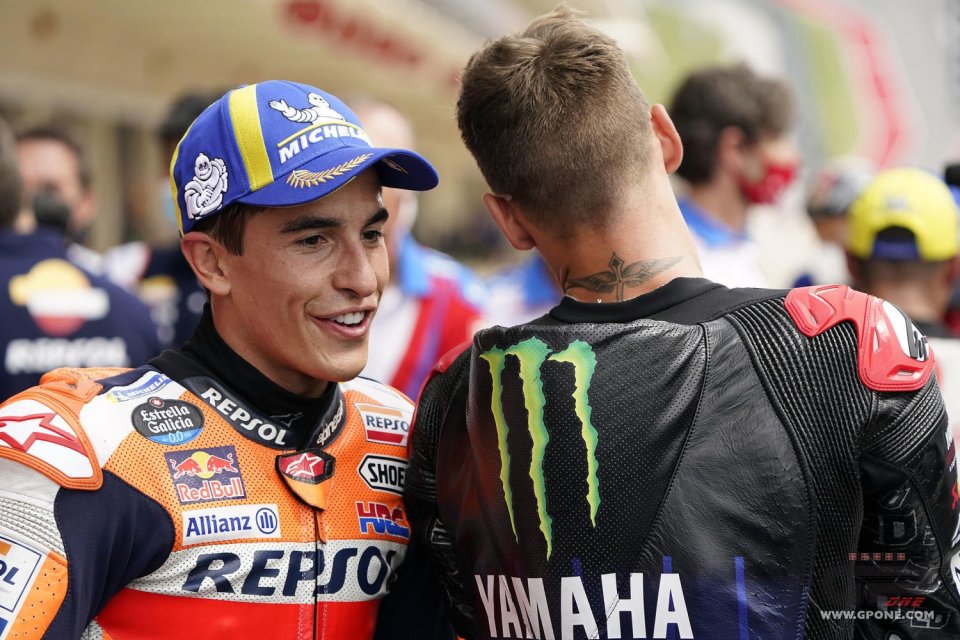 Red Bull Ring. Just under four and a half kilometers, slow bends, and long straights. A track where muscles are rewarded. Not for nothing, the Austrian circuit is a sort of holiday home for Ducati. Not for nothing, in the six editions of the Austrian GP and in the two of the Styrian GP, Ducati has won six times, and  KTM two.

Fabio Quartararo has reached the podium twice and, although neither Aleix Espargarò nor Pecco Bagnaia have ever won at the Red Bull Ring, we can’t say that the French rider is starting out as the underdog.

His position is still favorable but, with 22 points ahead of Aprilia's Spanish rider and 49 over Ducati's Italian rider, he can’t afford to think things out too much.

In an interview with motogp.com, Marc Marquez doesn’t deny that Quartararo may soon have problems: “Honestly speaking, Fabio needs help from Yamaha,” he stated. “I’ve seen the races. From the outside, I think that he can be very fast, but fighting against others without having speed in the straights is very difficult. He rides really well when he’s alone in practice. If he’s ahead in the race, he’s the best. But when he has to fight, it’s difficult for him to overtake.”

Quite the opposite of what happens with Bagnaia.

“It seems like Pecco is on the right course. The Austrian circuit is one of his favorite circuits, as is Misano. He is and will be one of the main pretenders for the title,” Marc confirms.

“Aleix and Aprilia are the biggest surprise of the championship. It looks like Viñales is also riding well now. Aprilia has raised its level,” he acknowledged.

Who knows if these will still be the three riders he’ll have to deal with next year in a hypothetical fight for the title. Marquez knows that he’ll first have to improve his Honda.

“I have to look a bit further along the line-up, towards our bike, because we have to take a big step forward for next year in general, not just change a little thing,” he said. “Honestly, we have to change something on the team and the bike, in order to be more competitive. Having the best rider in the world isn’t enough. To fight for the title, you have to have the bike, the team, and the rider that all work together and without losing information.”