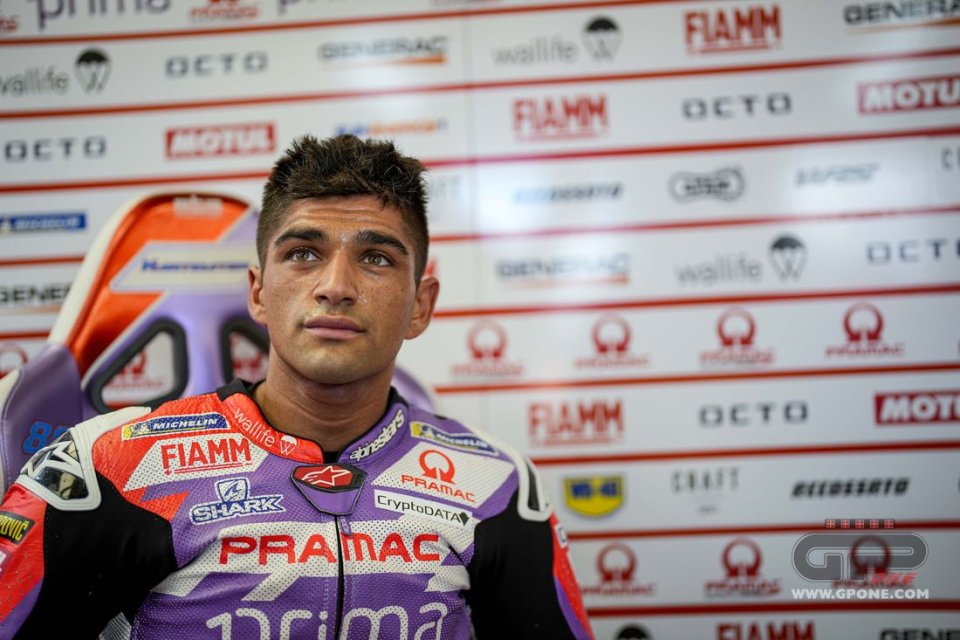 Jorge Martin impressed everyone last year. In his debut year in the MotoGP, he had conquered his first pole position and his first podium in the second race. Then the bad accident in Portugal forced him to stop for a long time, but he still managed to win in Austria and at the end of the season with another podium in Valencia.

This 2022 was more difficult for him, somewhat due to the aftermath of the accident the year before and somewhat due to the fact that it was more difficult for him to adapt to the GP22  than expected. So Pramac’s Spanish rider  was only able to get on the podium twice, losing the challenge with Bastianini, who got three wins with the previous season’s bike.

Martin reflected on his season in a long interview with AS: “I expected something more but, after surgery, I couldn’t do much,” he admitted. “In the end, I didn’t finish some races, and I believe that this is where I failed. In the end, if I had finished every race in the position I was in when I fell, I would be in the top four, so my position  s realistic. I'm recuperating now, and the comeback begins.”

Jorge doesn’t hide that the terrible accident in Portugal last year changed him.

“Now I'm more afraid of falling and, above all, I have more respect for injuries." he explained. “I think this is the big change I feel when I race. If I don't see things clearly, I don't push. I prefer to keep a margin and not fall. I was perhaps a bit crazier before. But I think it also helped me to be more rational and to think things out better before doing them.”

Marc Marquez has also often had to deal with injuries, and the Pramac rider would like to return to face him on the track.

“We’ve already had occasions where we could battle it out together, like in Austria or Silverstone,” he recalled last year’s episodes, “where we came into contact with each other. At the end of the day, being there to fight with him means that your level is high and you're improving every year. It's obvious that he's going through a rough time now, but when he was good, he was winning races like he was last year. I think he can be very fast again, and I hope that I’ll be be able to battle it out with Marc.”

Maybe in 2023 ... while Jorge still doesn’t know what colors he’ll be wearing.

“I honestly have no idea,” he threw up his arms. “If I could, I’d tell you where I’ll be next year, but I don't know. If you had asked me six races ago, I would’ve had a clearer idea than now. But, after everything that has happened, everything got a little blurred. Now we’ll try to fight in our position to be where I want to be, that is, on the official Ducati. In this case, I still have two races be get in front of my rival, and I hope to succeed. I'm going to do my championship regardless of whether I'm on Pramac or the official team. Either way, I'll have the same material, which is what matters to me, and we'll see what happens. Obviously, in terms of image and fighting for the championship, it’s better to be on the official team. But, in terms of material, it would be the same. It wouldn't affect me to stay in Pramac.”

Martin also said that if he weren't in Ducati, he'd look for another official team. That's no longer possible, but which bike would he have chosen?

“I think I could adapt to all of them, but maybe Yamaha or Honda. However, like I said, it's not something I'm thinking about right now,” was his answer.