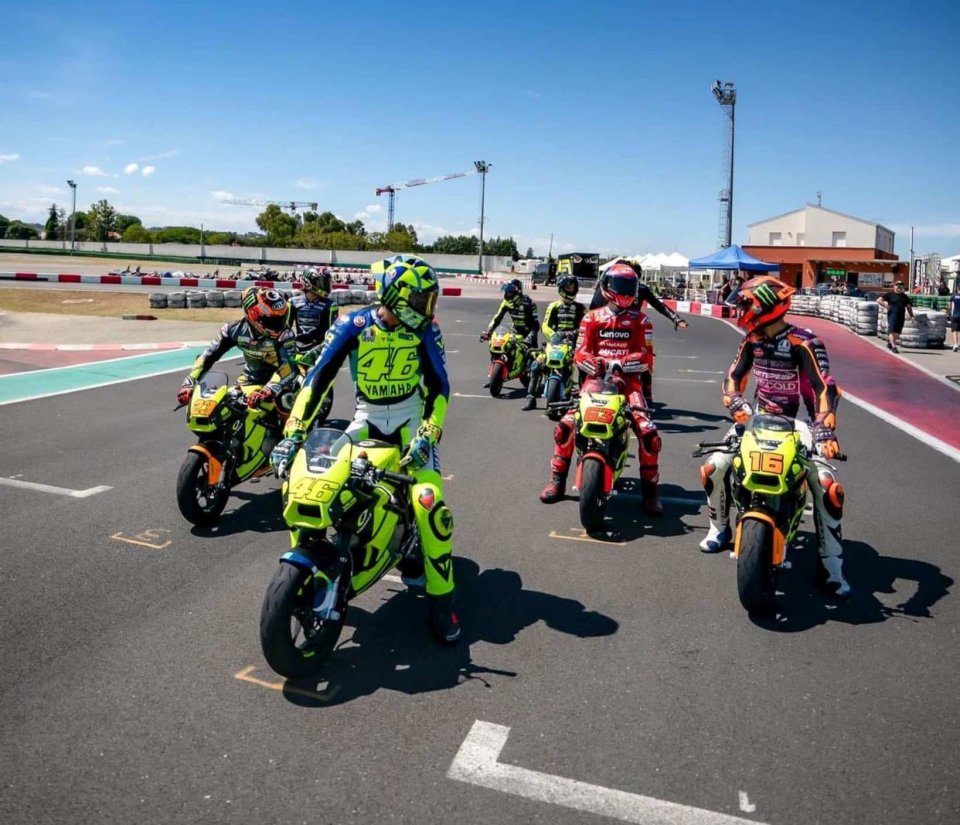 Valentino Rossi and the Academy boys have no intention of stopping, despite the MotoGP pulling the plug for a week in the run-up to the August bank holiday. Waiting to return to action in a week's time at the Red Bull Ring, the Doctor took to the track at the Misanino track riding the Ohvale.

Also with him was Pecco Bagnaia, as well as Mooney bearers Bezzecchi and Marini, who were joined by Migno, Vietti and Antonelli. Despite the high temperatures, the VR46 youngsters have seen fit to sharpen their weapons for the Austrian appointment, which serves as a prelude to the Misano stage in early September.

The official announcement came today. The rider from Ascoli: "I have no expectations other than to return to a serene and clear climate inside the...
15 hours 44 min ago

This is the first MotoGP pole for Honda since Pol Espargaro at the British GP last year (21 races), ending the longest sequence of successive premier...
20 hours 38 min ago