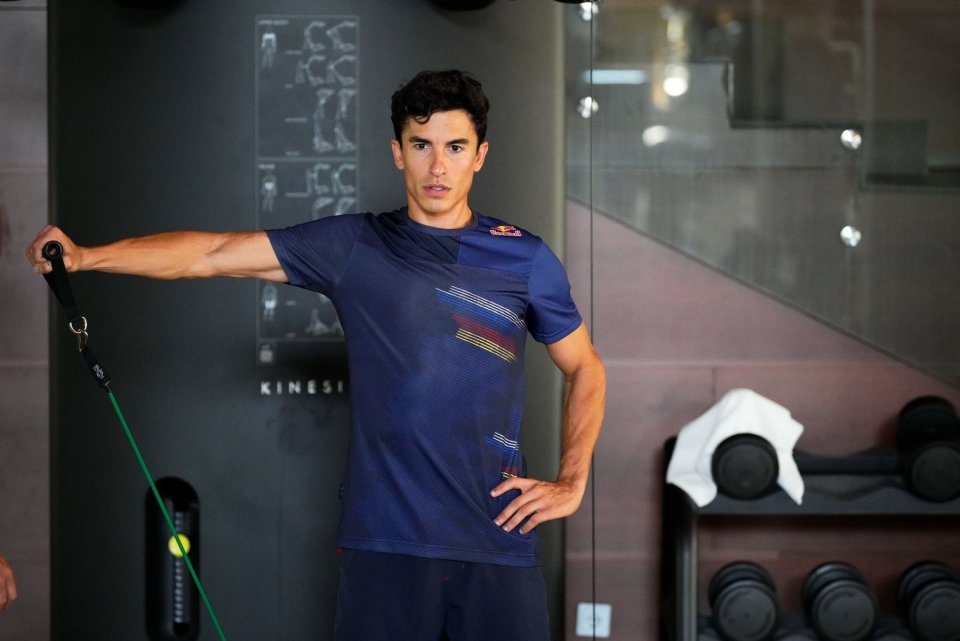 It took weeks and a lot of patience, but Marc Marquez  has finally started working out in the gym as he aims at regaining the strength he needs to push a MotoGP to its limit. The Spanish rider took no risks and, only after listening to and getting the okay from the doctors who performed his surgery, he started working out in the gym and ramping up, as we can see in these photos where he’s pushing to the max.

Comparing these photos to the first ones published after his surgery, you can notice how different the muscle tone of his right arm is. But Marc is working patiently so as to avoid unpleasant surprises. He didn’t even go on vacation, and he’s certainly suffering as he watches his rivals challenge each other on the track every Sunday, while he’s forced to do physiotherapy and workouts in the gym, waiting for his next check-up at the end of August.

But Marc's  hard work is definitely paying off, and this might allow him to get back on the track sooner than expected. When? Many are betting on the Misano tests in September, after the Grand Prix. Usually, that's when Honda debuts with its innovations for the upcoming season, and Stefan Bradl admitted that, at the moment, the work on the 2022 bike has practically stopped as they focus on the bike for the future. It’ll be essential for Marc to be able to test it right away, even without pushing it to the limit. This could provide important feedback to the HRC engineers for continuing with their work.

Honda can’t screw up another season and, right now, all hope seems to weigh on Marc’s shoulders, also given the time it’s taking Joan Mir to sign his contract, as he’s being a bit hoity about it, with the risk of missing a very important opportunity.